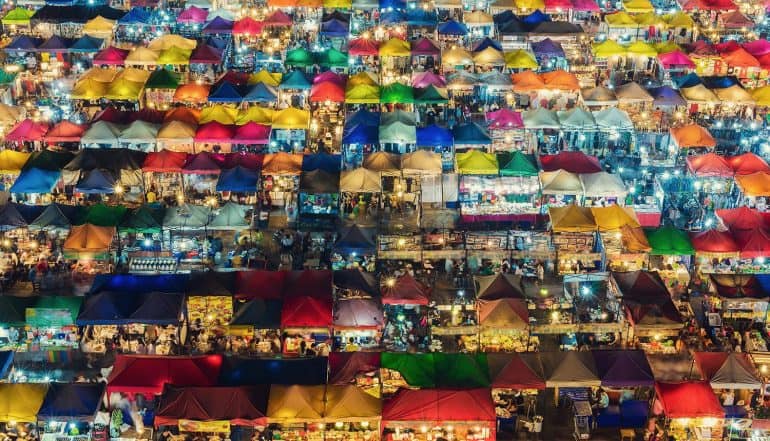 Never Say Never: Your Data Is Yours, Get Paid for It
BlogsData PrivacyFuture of Privacy
·4 min read

Never Say Never: Your Data Is Yours, Get Paid for It

I’ve been beating the drum for the citizenry to take back their personal data for some time, and the media has mostly been bearing me out. With high-profile scandals like Facebook exposing reams of information to Cambridge Analytica drowning out the seemingly daily buzz of breaches, scams and exploits, it’s more and more obvious that the data points that make up your social network profiles, purchase histories and browsing habits are a hot commodity.

Not everybody seems to agree with me that the people who actually create those data points deserve to be compensated for it, though.

Engadget published a piece titled “Your Data Is Valuable, But You’re Never Getting Paid For It.” Congratulations to them for getting the first part of the headline right, but the more people believe that the second part is true, the less likely we’ll ever be able to regain control over the information that Facebook and other big companies are gleefully profiting off of.

It’s really easy to make excuses like this article does – oh, it’d take a lot of work to build the infrastructure to compensate users, Facebook would never agree to do it, most people don’t care – but when has making excuses ever pushed society forward?

As always, we can learn a lesson from history. It’s inarguable that one of the greatest human accomplishments of the 20th century was finally freeing ourselves from Mother Earth and setting human boots on other celestial objects. Apollo 11’s landing on the moon in 1969 cemented America’s place in the world as a land of innovation and optimism, pushing the boundaries of what humanity was capable of.

But before that day, a significant segment of the American populace thought it would never happen. As this Atlantic article lays out, a majority of citizens believed that the government was spending too much on the space race and that those funds could be better used somewhere else. Even President Kennedy’s famed 1962 speech at Rice Stadium announcing the dawn of the Apollo project didn’t sway the public.

We all know how this story ends, though. We made it to the moon before anyone else and over the next few decades the United States established itself as the world leader in science and technology, blazing the trail that the rest of the world followed.

Can you imagine how different the world would be if we had scuppered the space program in the 60s because people believed it would never pay off? Not just the triumphant moment where Americans were the first humans to set foot on the moon, but the dozens of scientific and technical breakthroughs that the space program produced?

I’m not saying that it’s going to take a Presidential speech to make Americans believe in the value of their data – and, let’s be honest, he probably has other things on his mind. But dismissing it out of hand doesn’t do anything for us as a people.

It’s a basic matter of fairness: if someone profits from your labor, you are entitled to a portion of that profit. So our two options are either get paid or remove the profit incentive. That’s an equally appealing option as far as I’m concerned, because it addresses the same root issue: that your data is yours and you deserve a say in how it’s used.

Facebook provides us a service, and I’d be happy to pay a fair market value for that service in exchange for the right to opt out of their data gathering and exploitation. And this isn’t an outlandish idea – the company’s own COO has floated it as a possibility.

Facebook and platforms like it have made it their business to find new ways to algorithmically exploit information for profit. There are absolutely no good reasons to speculate that it couldn’t work the other way as well. People are already writing AI to contest parking tickets and make phone calls to hair salons, surely tallying the individual profits made off of your data can’t be an insurmountable task.

Making the argument that we’ll never get paid for something that’s rightfully ours is not only defeatist on a personal level, it’s actively detrimental to the creation of a free and fair Internet. “Why bother” isn’t going to fix any of the problems we find ourselves in.

Let’s close with this: nobody expects the real dollar value of their personal data to be enough to retire on. Best case scenario, it might buy you a few sandwiches every year. But in this case, it’s the principle that’s what’s truly important. We’ve seen time and time again that unfettered usage of public resources for profit is detrimental to those resources. Bringing a responsibility to compensate users for their data into this ecosystem isn’t just about a payout. It’s about building a sense of responsibility into these platforms that’s desperately lacking right now.

Facebook’s tremendous opacity in how they use and profit off your personal data isn’t just bad for you – it’s bad for them. As I write this, Apple co-founder Steve Wozniak is the latest high-profile tech celebrity to abandon the platform and delete his account. When the illusion of trust is breached, a community starts to falter. Making the process public and letting users know exactly what they’re giving up to use Facebook or any other networked service that collects and markets data might be tough to justify to the financial side, but it’s not going to hurt your business If you have a good product, and (like it or not) Facebook does.

History has shown how the unfettered use of public resources for profit is detrimental to those resources. #privacyClick to Tweet

The case for data compensation just makes sense on multiple levels, and alarmist “it’ll never work” rhetoric doesn’t do anything but keep power in the hands of the exploiters and out of the hands of the people. We’ve seen how well that works out already.