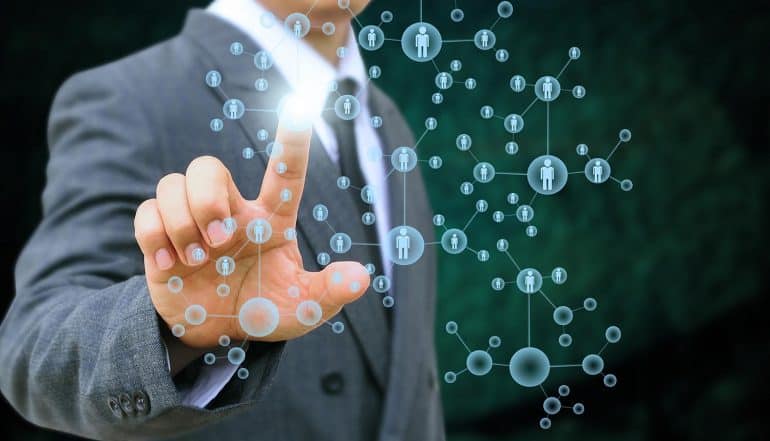 Corporations and governments have access to more of your personal information than ever.  Just existing in the digital world leaves a footprint that can be used to track and market to you with, and more commonly, without your permission. But all is not lost in the fight for personal privacy, and if you’re sick of being overexposed, this might help you find a cure.

When historians look back at the era we’re living in now, they might call it the Age of Loose Data. It seems like every few days there’s news about a breach where information you once considered private has made its way out into the world. Whether it’s Facebook releasing personal data to political campaigns or hackers unloading massive password databases from compromised websites, nothing you entrust to the digital landscape can be truly considered private.

And, even worse, people seem to embrace this. We pay Amazon money to put a speaker in our house that’s always listening and transmitting what we say back to a server somewhere. And if we don’t pay Amazon to eavesdrop on us, we pay Apple or Google to do it. Facebook knows everybody we know and keeps track of how often we communicate, our rewards cards track our purchases and if you search for something on the Web you’re likely to get targeted advertising about it sooner rather than later.

Recent events seem to indicate a sea change is coming, though. More and more people are realizing that having their formerly private data out there can have some unsavory ramifications. Those can be as minor as getting your Netflix account seized by hackers to having your bank account drained by someone who managed to cross-reference your security questions.

So what can you personally do to seize back some of that lost privacy? Here are some quick ideas.

Yes, the speculator market in cryptocurrency is absolute nonsense. The stories of people liquidating their mortgage to pump it all into bitcoin, only to lose it all as crypto undergoes another one of its periodic crashes should serve as a cautionary tale. Cryptocurrency shouldn’t be an investment opportunity. Instead, it should be a way to rethink how we interact with money in the first place.

Right now, when you spend money that purchase data goes all sorts of places. The retailer uses it to correlate future advertising, as well as selling it to advertising providers and anybody else who wants it. Simply knowing what someone is willing to spend money on is a powerful thing. And every purchase using something like a credit card adds to the mass of information you can be targeted with.

With cryptocurrencies such as ZCash, the connection between your finances and your identity is elided. Obviously, one of the earliest draws of Bitcoin and other cryptocurrencies was using it to pay for things like drugs that are less than legal, but you don’t have to be a criminal to use crypto coins. And as private and safe as you might think you are making a purchase using cryptocurrency, more often than not you’re still asked to give away revealing information in order to complete your purchase.

One interesting thing about crypto from a privacy standpoint is that the blockchain technology it’s built on is simultaneously perfectly transparent and utterly opaque. Every single transaction ever is recorded within, but it’s a virtual closed system, only able to be connected to your real identity if you choose to make them so.

2) Get paid for your data

One of the most infuriating things about this endless one-way flow of personal information is that you don’t really get anything from it. Right now in the market of fraud your data is valuable to everybody but you. But what if there was a way to at least see a profit from the content you put out there? Several businesses are experimenting with ways to remunerate everyday people in the new online marketplace of ideas.

One interesting blockchain-based technology designed to put data control back in the user’s hands is the Basic Attention Token, which aims to decentralize the current online advertising market into a transparent model that rewards you for being marketed to with a cryptocurrency that you can spend. “The Basic Attention Token reconnects users, content creators, and (with consent and privacy) advertisers” said Brendan Eich, CEO and Co-Founder of the Brave and BAT projects. “With our upcoming user-private ads, users can opt into viewing ads in a private tab and receiving 70% of the ad revenue — all without tracking or remote targeting. Your data stays on your device and all decisions occur there, under your control. It’s time for a new model where users get fairly compensated for their attention.”

But, for now anyway, when it comes to actually getting a brand’s customers to spend in a physical store or online, BAT only goes so far. That’s where payments ventures like Flexa, STK (Canada only), Bitpay and Coinbase Commerce come in.

Another possibility is a personal license fee. Right now, all of the profit in the personal data business goes to the platforms that collect and distribute it, not the owner of the data. That’s you. If you produced that data, you should profit from it. The farmer gets paid for the corn, after all. A personal license fee would be negotiated between the platform serving as a middleman and the content creator, and it would then be the platform’s responsibility to profit off of it.

There’s certainly precedent for a program like this – compare it to the yearly payout that every Alaska resident gets from the state’s oil and gas industry. In that case, a communal resource is being exploited and the community gets a share.

Obviously, this doesn’t solve the privacy problem. But getting paid for your information at least takes a little bit of the sting off.

3) Get the government involved

Over twenty years since the state of the Internet Economy, the Internet is still sort of like the Wild West — the government hasn’t quite figured out how to keep it free of gunfights and spitting in the street. The struggle for law to keep up with innovation has been going on for centuries, but it’s certainly accelerating in these end times.

In some ways, Europe is farther ahead. In April of 2016, the European Parliament adopted the General Data Protection Regulation. When it takes effect in May of this year, the GDPR will provide a framework for EU citizens to not only see where their data is being used, but also to opt out of data collection while still using online services.

So what’s stopping America from doing the same?

Write to your state and federal representatives to ask them to sponsor legislation that more strictly regulates remote data collection and storage. Some places are already taking the lead in this – tech-friendly Washington has established an Office of Privacy and Data Protection to both educate the populace on best practices as well as push policy that keeps information secure. New York City has started to do the same.

When historians look back at the era we're living in now, they might call it the Age of Loose Data. Can we take back our #privacy?Click to Tweet

You’re fighting an uphill battle. There is no doubt. Facebook alone spent over $8 billion on lobbying in 2016, and that number isn’t going down given what’s currently happening with the Cambridge Analytica scandal. Apple, Google and other tech giants do the same, so don’t let Apple fool you either. They have an obvious vested interest in keeping the data marketplace as unregulated as possible.