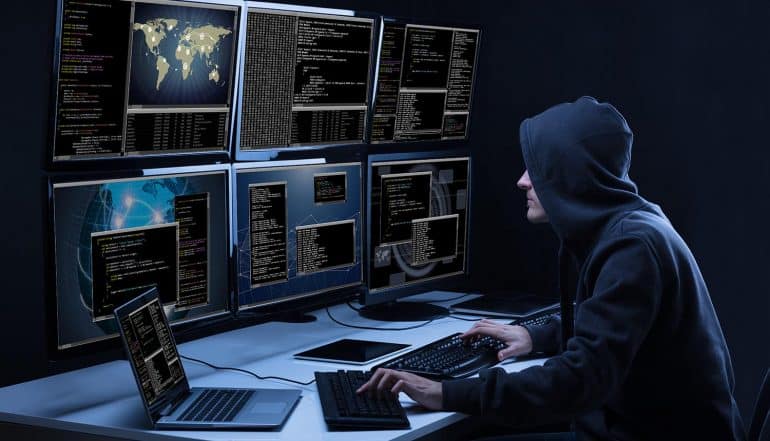 In the 20th century, a wave of technological advancement changed the global economy. The rise of the digital revolution pushed industrialism aside while the world became connected. Humankind shifted to higher levels of connectivity—from offline to online, from phone to smartphone, from local to the cloud, and from private to sharing—creating a ripple across the world that demanded greater and better and more innovative technologies.

In the dawn of the digital revolution, hackers were born. They roam the technology sphere like gunslingers in the wild wild west. They hack systems, hold data for ransom, inject malware, and crash networks. Attacks usually occur when there’s something to gain and something to exploit, and the Internet has been providing hackers with vulnerable treasures since 1990.

For the past decade, technology experts ranked data breaches among the most dangerous information security risks. While data breach attacks remain a threat, the Fourth Industrial Revolution (4IR), which fuses technologies into cyber-physical systems, introduces risks that to date, have only existed in the imagination of science fiction authors.

Every year the Information Security Forum (ISF) — a nonprofit organization dedicated to the research and analysis of security risks — releases a report called Threat Horizon that outlines the most pressing security threats. The 2019 report contains security risks that illustrate the importance, if not urgency, of updating cybersecurity measures fit for 4IR technologies.

Risk #1: Ransomware attacks on the Internet of Things (IoT) devices

The Horizon Threat report warns that over-reliance on fragile connectivity may lead to disruption. Vulnerabilities in Internet networks, smart devices, and poor security regulations expose companies to attacks. Analysis by Gartner estimates that more than 26 billion IoT devices, which rely on connectivity, will be deployed by 2020.

The IST report warns that IoT devices can be used as gateways to inject ransomware on connected devices and systems. Ransomware attacks encrypt the victim’s data and demand payment for the encryption key. As more industries adopt IoT technologies, the consequences of ransomware attacks on IoT devices could incur expensive repair expenses, loss of authority due to data loss, and mortal fatalities due to compromised medical systems and vehicle components.

How to prevent ransomware attacks on IoT

The nature of IoT technologies requires a cohesive security infrastructure that integrates manufacturer security protocols with company-based cybersecurity and proper private use standards. Incorporate anti-ransomware capabilities into the security solution and initiate regular updates to mitigate vulnerabilities in devices and operating system.

While the information age has provided people with opportunities and tools for growth through online education and interactive learning, it has also given birth to “fake news”. Information impacts every aspect of a company, from decision making, recruitment procedures, business and product development, marketing and promotion, and share price.

When trust in the integrity of information is lost to distortion, companies may face dire consequences. The ISF report predicts that advances in artificial intelligence (AI) personas will prompt an increase in information distortion attacks, now targeting companies’ reputations, operations, and share price. As it becomes harder to distinguish between chatbots and people, automated misinformation gains instant credibility.

While constant digitalization has made it virtually impossible to control the flow of information, there are ways to fight back. Steve Durbin, managing director of the IST, recommends implementing risk management for information strategies that monitor online media channels and then enforcing mitigation strategies. You might also consider utilizing fake news detection methods such as algorithms and machine.

The blockchain technology was introduced in 2008 by an individual or a group called Satoshi Nakamoto as a core component of the bitcoin cryptocurrency. During 2014 blockchain surpassed its original purpose in cryptocurrency and penetrated different markets. Nowadays applications of blockchain technology can be seen in financial institutions, entertainment companies like Spotify, and healthcare companies such as MedRec.

However, while the blockchain model of peer-to-peer transfer without a central intermediary can reduce costs and raises efficiency, it does not come without risks. Weak encryption, hashing, and key management, for example, or poorly written programs may introduce vulnerabilities to the system. A compromised blockchain could lead to unauthorized diversions of funds, data breaches, and fraudulent transactions.

How to protect blockchain systems

As nations engage in cyber warfare, the ISF report warns that premeditated internet outages may bring trade to its knees. Cyber attacks on government organizations, private companies, and financial institutions could lead to millions of dollars in losses. Systems failures can force a transaction shutdown that halts global trade, while the loss of connectivity shuts down government services like law enforcement. Ultimate disruption can result in utter chaos.

How to manage communications failure

The ISF recommends creating standard procedures for alternative communications during a communications failure. While this approach might help during the attack, it doesn’t offer a solution to prevent it. Often, the best way to prevent an attack is to predict it. A Security Operations Center (SOC) can help you analyze, monitor, and manage a multitude of security systems. A SOC operates 24/7 to provide you with incident response, threat intelligence, and rapid analysis.

Governments have begun creating surveillance legislation that grant gain access to data owned or managed by communications providers. While the intention is to monitor terrorist activities, the data collection may include other forms of information, including corporate secrets. As more governments follow this trend, cybercriminals may soon try to gain access to the data.

How to protect corporate secrets

While companies can’t prevent governments from collecting their data, there might be ways to prevent unauthorized use. The ISF recommends working with communication providers to establish standard metadata storage regulations, conducting regular risk assessments, and keeping track of stored metadata on a regular basis.

How to mitigate cryptocurrency hijacking attacks

Implement a detection and prevention strategy with a focus on education and standard best practices. Teach employees to spot cryptocurrency hijacking methods like phishing, install anti-cryptomining extension, and use endpoint protection with cryptojacking detection. If you detect a cryptominer, you can respond by blocking website-delivered scripts or purge browser extensions.

Information Security Forum report outlines the most pressing #cybersecurity threats, especially in the areas of #IoT and #4IR.Click to Tweet
TwitterFacebookLinkedIn