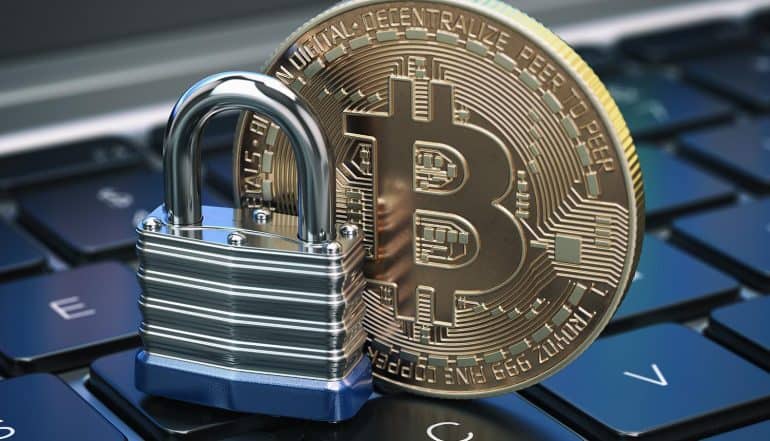 Virtual currencies have been the topic of debate among scholars and experts in the financial and technological worlds since their introduction to the global market. Many believe that virtual currencies could be a driving force in economic growth. This past December, U.S. Rep. Darren Soto, D-FL, and U.S. Rep. Ted Budd, R-NC, echoed that belief when they co-sponsored two bi-partisan bills that would regulate virtual currencies here in the United States. The bills titled: (i) “The Virtual Currency Consumer Protection Act of 2018;” and (ii) “The U.S. Virtual Currency Market and Regulatory Competitiveness Act of 2018,” will aim to allow for innovation in this developing market while establishing significant protections for U.S. consumers. However, prior to the analysis of these bills it is imperative to understand where the virtual currency market is currently.

The major issue currently plaguing the cryptocurrency realm seems to be consumer (and regulatory) confusion.  We operate in a time where the average consumer knows very little about cryptocurrencies, how they work, and how they are actually intended to be used.  We heard about Bitcoin prices skyrocketing in late 2017 as investors bought and sold them as assets, similar to shares of common stock in a publicly traded company.  On the opposite end of the spectrum, there has been an uptick in the actual use of Bitcoin (and other digital assets) as a means of exchange, similar to the currency you and I use to make simple purchases every day.  The overarching inquiry seems to be – what are cryptocurrencies?  They are bought and sold as securities, but they are also used as a means of exchange like a currency.  The above proposed bills are intended to provide methods to resolve this wide-reaching uncertainty.

To understand if cryptocurrencies can be considered a security, currency or commodity, we first must ask – what is a security?  A security is defined by the 1945 U.S. Supreme Court case, SEC v. W. J. Howey Co.  The Court imposed the now famous “Howey Test,” which basically provides that a security it is any item that is bought and sold with the objective intention of making profit from another’s labor.  This concept is quite simple when applied to traditional securities, such as stock in a publicly traded company like Microsoft.

When a consumer purchases a share of Microsoft, that consumer attains a stake in the company. Shareholders are, in essence, partial owners of the company.  The value of that share will rise and fall depending on a variety of factors. Generally, the price of that share will rise if the company performs well, whether that be through increased sales or the introduction of new innovative products.  Conversely, the price will fall if the company performs poorly. The overall hope for any trader is to buy stock at a low price and to sell at a higher price. Regarding our example of a share in Microsoft, any trader is relying on the labor of the company’s employees, agents and executives to increase the value of that trader’s share(s). Salespeople sell Microsoft goods, while engineers and programmers innovate and create new Microsoft products that can be used by consumers and sold by the company. The trader, hoping for a return on his stock purchase, is at the mercy of the company and its agents to increase the value of his share through their labor.

Turn your attention now to Bitcoin.  When you buy into Bitcoin, what do you receive?  You certainly don’t attain ownership in anything. Rather, Bitcoin isn’t a company in which you can hold an ownership interest. In considering the Howey Test, whose labor drives the increase or reduction of Bitcoin value?  There is no company with executives, salespeople, engineers, programmers, and other employees working to improve the cryptocurrency’s value. If the trader is not relying on another’s labor to make a profit, it seems evident that Bitcoin does not fit within the Howey definition of a security. In fact, Bitcoin initially was intended to be a currency, in part because it was created to be a means of exchange between two parties for goods and/or services.

Now that we have discussed the virtual currency market currently, we can begin our analysis of “The Virtual Currency Consumer Protection Act of 2018” and “The U.S. Virtual Currency Market and Regulatory Competitiveness Act of 2018” and how they will impact the current market. The two separate pieces of legislation are designed to work in tandem to accomplish their goal of creating a safe market. The legislation states that virtual currency means any digital representation of value that does not have legal tender status and that functions as a medium of exchange, a unit of account, or a store of value. “The Virtual Currency Consumer Protection Act of 2018” includes two important provisions intended to aid in promoting the policymakers’ goal in providing safe innovation in this arena. The first provision states that the Chairman of the Commodity Futures Trading Commission (“CFTC”) along with the Securities and Exchange Commission will submit a report that will help position the United States to implement policies to become a leader in the virtual currency market while protecting consumers. This report will include:

This piece of legislation focuses on the regulation and enforcement of applicable laws. The bill aims to: (i) identify possible issues; (ii) analyze what is currently being done to address those issues; and then (iii) create new solutions to those issues. Respectively, “The U.S. Virtual Currency Market and Regulatory Competitiveness Act of 2018” focuses on making the United States a leader in the global virtual currency market. This bill also tasks the CFTC in consultation with other relative agencies to provide a report to congressional committees, establishing substantial transparency. This required report would include:

Through comparative analysis, cost analysis, and a market analysis, this piece of legislation would seek to create solutions that would allow the United States to take the lead in this industry. By studying how other countries address this market, the U.S. will be poised to implement more efficient regulation that allows for the U.S. government and U.S. companies to be leaders in this emerging global market. Together, “The Virtual Currency Consumer Protection Act of 2018” and “The U.S. Virtual Currency Market and Regulatory Competitiveness Act of 2018” would create efficient regulation of the virtual currency market that would establish the United States as the leading nation with regard to that market.

As we are able to understand the current market and to clear up the confusion between the terms currency as opposed to assets, we are in a better position to determine whether these pieces of legislation would regulate this market to make the U.S. a global leader in that market.  The United States could back Bitcoin, or any virtual currency, just as it backs the U.S. dollar.  If the U.S. regulates the market properly to control digital asset distribution and to install a level of oversight over the blockchain, we could see a drastic change in the way financial transactions occur within our borders and more importantly, across the globe.

Uses of Bitcoin and other cryptocurrencies already have been evident around the world, and even here in the United States.  Ripple, for instance, is a United States based technology company currently facilitating the exchange of its XRP tokens across the “RippleNet” to enable instant and secure global financial transactions.  Travel agencies such as Destinia and CheapAir currently accept Bitcoin as payment for all of their booking purposes from flights to hotels and even to rental cars.  Overstock.com allows customers to make purchases with Ethereum, Litecoin and even Bitcoin Cash.  Based on all of these innovative companies and many others that likely will follow suit soon, the United States has the opportunity to regulate an ever-expanding market with endless possibilities. The two above proposed Acts quite likely could allow the U.S. to clarify the current ambiguity in the virtual currency sphere so that we can, as a nation, foster the growth of a developing market ripe for the picking.