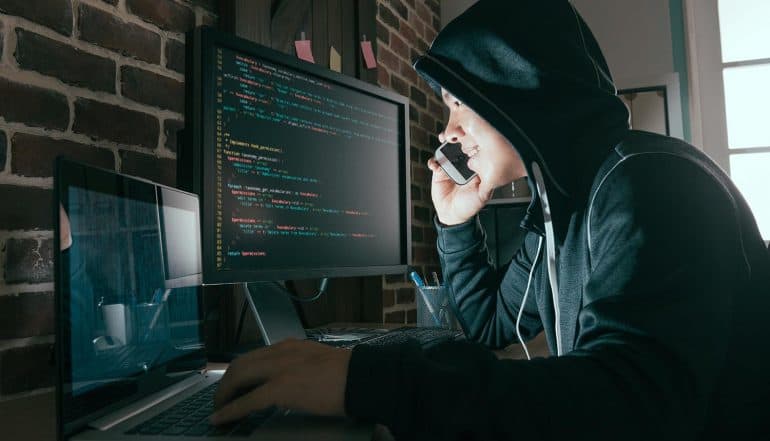 Cybersecurity in 2018: What You Need to Know
Cyber SecurityInsights
·3 min read

Cybersecurity in 2018: What You Need to Know

Cybersecurity issues are becoming a day-to-day struggle for businesses. Trends show a massive increase in hacked and breached data from sources that are increasingly common in the workplace, like mobile and IoT devices. Beaches themselves are becoming more common and severe, as hackers are learning how to circumvent the latest technologies.

Recent research suggests that most companies have unprotected data and poor cybersecurity practices in place, making them vulnerable to data loss. To keep your organization and customers secure, you will need to know the latest movements in cybersecurity.

Cybercrime by the Numbers

The past few years have seen large companies such as Uber, Equifax, and Under Armour fall prey to data breaches. In 2017, there were an average of 130 security breaches, many of which are well-publicized and large in scale. This number is expected to grow by 27% in 2018. The Yahoo! hack, one of the biggest data breaches of all time, left three billion user accounts on the table for cybercriminals. This increase in cyber hacking comes with a very high price for companies who have not invested sufficiently in their cybersecurity architecture. According to Accenture, a malware attack on average costs companies $2.4 million, and 50 days in time to rectify the incident.

Computer hacking has also become an international operation. In 2017, one-fifth of all cyberattacks originated in China, while 11 percent were based in the United States and 6% originated from Russia.

Ransomware on the Rise

Ransomware, a cyber attack that effectively holds a computer and its data hostage until a ransom amount is paid, is one of the more crippling attacks on organizations, having nearly quadrupled in recent years. A ransomware attack occurs every 14 seconds.  On average, it takes 23 days to resolve a ransomware attack, and during this time, computer data is inaccessible. This makes it essential for companies to maintain an information technology infrastructure and invest in cybersecurity. The United States ranks as the most targeted in the world with 18.2% of all attacks.

Most cyber attacks today originate from phishing emails, which are scam emails sent from reputable companies in an attempt to obtain information from users.  Phishing emails can also contain email attachments containing malware. In recent years, we have seen over one-third of malicious files sent to be Microsoft Office files such as Word, PowerPoint, and Excel documents. Last year, spear-phishing emails were the most widely-used infection method employed by 71% percent of groups to stage cyber attacks.

Cyber hacking costs are expected to total $6 trillion annually by the year 2021. Therefore, it’s crucial to both invest in reliable internet security software and conduct comprehensive employee training on cybersecurity best practices. With 71% of cyber attacks resulting from phishing emails, it is important to make sure employees can spot a phishing email to avoid this common cyber attack.

In addition, over 65% of larger companies do not prompt their employees to change their passwords on a regular basis. Not only does this expose companies to potential cybercrime, but can result in unauthorized data access from employees who no longer work with the company.

Over 40% of companies also have sensitive files such as credit card numbers and health records that are not protected. Companies should identify and boost security for higher-value assets, such as sensitive corporate data essential for operations and subject to regulatory penalties. This will make it difficult for hackers to access this information and reduces the damage that they can cause if they access the data.

From increasing costs of cyber attacks and the surge in the variety of attacks, there is no question that the cybersecurity situation is dire. The world of cybercrime is vaster than ever in 2018, but you can minimize your organization’s risk by investing in information technology and developing a plan to protect the most sensitive data.

To give a picture of the state of cybersecurity, Varonis put together key security statistics from leaders in the industry to show the gravity of the situation for leaving your company unsecure.

Research suggests most companies have unprotected data and poor #cybersecurity practices, making them vulnerable to #dataloss.Click to Tweet
TwitterFacebookLinkedIn