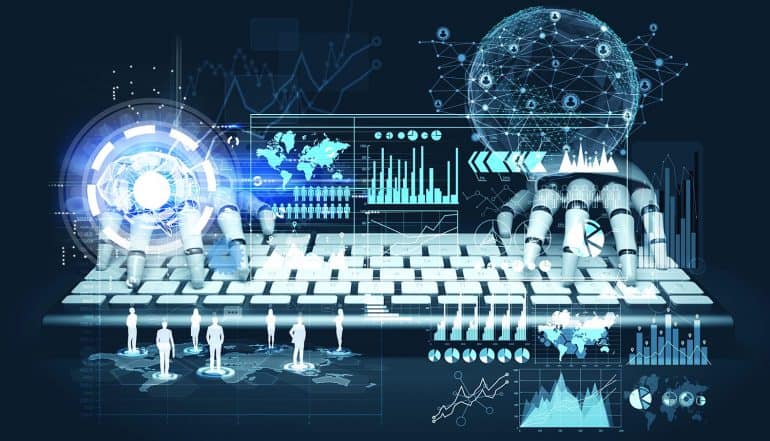 Amidst the escalating number of high-profile hacks and cyber attacks, organizations are now embracing various forms of artificial intelligence (AI) – including machine learning technology and neural networks – as a new cyber security defense mechanism. At a time when human skills and competencies appear to be overmatched, the thinking goes, machines have a nearly infinite ability to analyze threats and then respond to them in real-time.

However, putting one’s faith in the ability of machines to defend entire organizations from hacker attacks and other forms of security intrusions ignores one basic fact: cyber security is an arms race, and the same weapons that are available to one side will soon be available to the other side. Put another way, the same machine learning technologies being embraced by the world’s top corporations and data scientists will soon be co-opted or adopted by the world’s top hackers.

Moreover, there is still quite a bit of work to be done before any machine learning cyber defense is fully robust. Right now, machine learning excels at certain tasks, but still needs significant human intervention to excel at others. For example, machines are extremely good at “classification,” which enables them to label and describe different types of hacker attacks. As a result, machines can differentiate between spoofing attacks, phishing attacks and other types of network intrusions.

The idea here is simple: just show a machine many different examples of hacker attacks, and they will eventually learn how to classify them very efficiently. The more raw data and data points you show machines (think of all this data as “training data”), the faster they will learn. In many ways, it is similar to the machine learning techniques used for image recognition tools – show a machine enough photos of a dog, and it will eventually be able to pick out a dog in any photo you show it.

Thus, it’s easy to see an obvious implication for machine learning and cyber security: machines can help security teams isolate the most pressing threats facing an organization and then optimize the defenses for those threats. For example, if an organization is facing a hundred different potential threats, a machine can easily sort and classify all of those threats, enabling humans to focus only on the most mission-critical of these.

The use cases of machine learning in cyber security

One of the most obvious ways to apply machine learning in cyber security involves the creation of stronger spam filters. For many organizations, a constant security threat is the ability of hackers to get inside the organization simply by sending spam emails filled with all kinds of malware. Once an employee clicks on a bad link or opens a bad attachment that makes it past conventional spam filters, it may be possible for malware to spread throughout an organization’s network.

Thus, you can immediately see why adopting machine learning for email security makes so much sense – it can provide a first layer of defense against these spam emails laden with malware. If you frame email as a “classification” problem, then machines can play an important role in sifting out the “good” emails from the “bad” emails. You simply show a machine many, many different examples of “bad” emails as well as many, many different examples of “good” emails, and it will eventually become 99.9% efficient in sorting them out (or so one common myth about machine learning goes).

Another common use case for machine learning in cyber security involves spotting irregular activity within an organization’s network traffic. For example, an unexpected surge of network activity might signal some sort of looming cyber attack (such as a DDOS attack). Or, activity in the accounts of certain employees that is out of the norm might indicate that one or more of these accounts have been compromised. Again, it matters how you frame the problem for machines: organizations must be able to show them what “normal” looks like, so that they will then be able to spot any irregular deviations from the normal state of network affairs.

To get cyber security executives thinking more deeply on the matter (without delving too deeply into the complex data science behind machine learning), the technology research firm Gartner has proposed a PPDR model, which corresponds to the various uses of machine learning for cyber security within the enterprise:

In short, with machine learning technology, organizations will be able to predict the occurrence of future attacks, prevent these attacks, detect potential threats, and respond appropriately. With the right machine learning algorithms, say experts, it might be possible to shield even the largest and most vulnerable organizations from cyber attacks. In the big data era, when organizations must grapple with so much data, it’s easy to see why they are turning to machines.

With that in mind, Amazon is leading the way with an application of machine learning for the cloud. At the beginning of 2017, Amazon acquired a machine learning startup, harvest.ai, for just under $20 million. The goal of the acquisition was to be able to use machine learning to search for, find and analyze changes in user behavior, key business systems and apps, in order to stop targeted attacks before any data can be stolen or compromised.

Then, in November 2017, the company’s cloud business, Amazon Web Services (AWS), unveiled a new cyber security offering based on machine learning called Amazon Guard Duty. The allure of the new offering is easy to grasp: companies with a lot of data in the cloud are especially vulnerable to hackers, and they are easy “sells” for any company that is able to promise that their cloud offerings will be safe from attack. Already, big-name companies like GE and Netflix have signed on as customers of Amazon’s new machine learning-based offering.

Clearly, there is a tremendous amount of potential for machine learning and cyber security within the enterprise. Some industry experts have estimated that, in the period from 2015-2020, companies will spend a combined $655 billion on cyber security. Other estimates have been even more aggressive, suggesting that the total could be closer to $1 trillion.

Plenty of organizations are now betting on #machinelearning for #cybersecurity. Is this really the silver bullet?Click to Tweet

If companies are spending so much money on cyber security, though, they will want to be certain that new solutions featuring machine learning actually work. In order for machine learning to live up to the hype, it will need to offer a fully robust security solution that covers every potential vulnerability for a company – including the network itself, all endpoints (including all mobile devices), all applications and all users. That’s a tough order to fill, but plenty of organizations are now betting that machines will be up to the task.