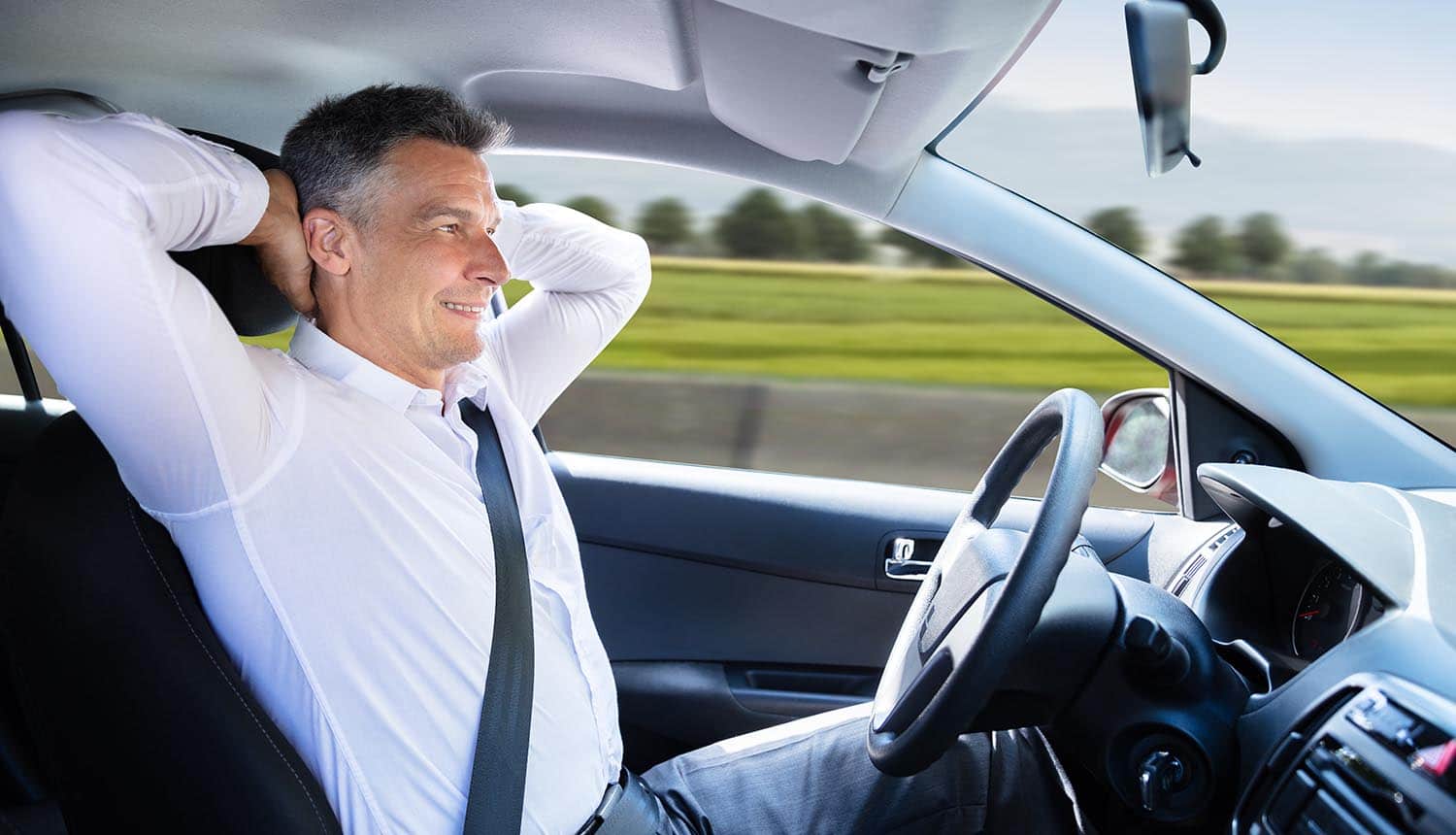 Fully Autonomous Cars Are Moving Forward Fast, So Are Efforts To Secure Them

Autonomous vehicles have been on a path to widespread availability and adoption for some time. But this technology is now moving forward much faster than most people realize.

Both Tesla and General Motors this fall made news with their fully autonomous vehicle efforts. Tesla CEO Elon Musk in September said the test version of its fully self-driving Autopilot system would be released in “a month or so.” Less than a month later, Tesla revealed plans to offer a limited number of drivers a beta of this capability. Around the same time, GM announced plans to launch a test of unmanned autonomous vehicles by the end of this year in San Francisco.

Meanwhile, Google Waymo and Volkswagen are moving ahead with self-driving commercial truck efforts. Some companies are working on using automated follower trucks in the platooning of multiple trucks, too. This can entail having a human at the wheel of the lead truck only. Peloton Technology and Locomation expect automated following to scale quickly and more broadly.

The future of the autonomous vehicle is now. And I believe that this new generation of vehicle will be as disruptive today as the first horseless carriages were in the horse-and-buggy era.

I know about this topic because I’m an automotive historian, specializing in the 1886-1913 period. I’ve written several articles for collector car magazines. And I’ve read almost every book ever written on how disruptive motorized vehicles were. And I expect this to happen again.

So, fasten your seatbelts because big change is on the way. I believe that in about 20 years non-autonomous cars will be outlawed. If people like me want to drive their classic cars, they’re going to have to put those vehicles on trailers, take them to tracks, and drive them there.

I invested $100 to reserve a Tesla Cyber Truck with a fully autonomous system. But some people say they’ll never use an autonomous vehicle. But I truly believe that we will not have a choice in the matter at some point in the not-too-distant future. I say that because if every car on the road can communicate with the other vehicles, the propensity for accidents is going to be greatly reduced because it removes that human factor of the distracted driver.

Autonomous cars will also improve traffic flow. That could create efficiencies in road construction. In Los Angeles we have roads that are 16 lanes wide, and that’s still not enough.

And in the very near future, we will not own cars, we will subscribe to them. There are already companies offering vehicle subscriptions, including a business called Cocoon. Today we have to get the car. With autonomous vehicles, we’ll be able to summon a car, and it will come to us.

The move to subscriptions will impact our homes and yards as well. We won’t need big garages, so we’ll be able to use that space for extra rooms. We won’t necessarily even need driveways.

Autonomous vehicles need to be safe and secure regardless of class

The way government and industry rate and regulate vehicle safety will also need to change.

What if someone asked you: What is the safest car in America? You can’t answer that because it’s a trick question. The reason it’s a trick question is because safety is dependent on class. If you want the safest car in America, you’re going have to buy something like a Mercedes SUV. But most people can’t afford that. So, the safety commission provides safety rankings by class.

However, when it comes to the autonomous vehicles, every vehicle must have the exact same safety or security protocol to be successful. This is the reality regardless of whether the vehicle is a Toyota Tercel, or some other subcompact car, or the most expensive Mercedes.

Yet there’s no way that automakers can rely on consumers to keep in-car security systems current. It’s simple to put gas in a car, but people still run out of gas. Imagine what will happen when people get reports that they need to update security certificates in their cars and that if they don’t those vehicles are no longer secure. Are they all going to immediately drive to their dealership to have that security certificate updated? It’s just not going to happen. It is for this reason that consumers won’t purchase cars and the responsibility for maintaining the security will fall to subscription fleet operators.

The rise of driverless vehicles is converging safety and security

Now the focus is on employing physical measures like airbags, crumple zones and seat belts to address safety. All vehicle safety features are based on the survivability of an accident, not intentional harm. No one ever thinks about security of a car, short of a car getting stolen.

In a scene in “The Fate of the Furious” movie, Charlize Theron says “make it rain.” This prompts her techie coworkers in the room to remotely control vehicles in a parking garage. They use this control to drive those cars off the edge of the parking garage into a heap on the street below. If this were possible, that would be the end of the autonomous vehicle market altogether.

The public will accept accidents, such as an autonomous car running a stop light. But we will not, as a society, accept situations in which people intentionally run cars into walls or off cliffs or buildings. That’s why the security of fully autonomous vehicles is of paramount importance.

Automakers, component makers and security companies like us are already working on this. In fact, our work on security for autonomous vehicles has been in development for a long time.

The automotive industry has selected public key infrastructure (PKI) to secure autonomous vehicles. PKI, a proven way to secure digital systems, provides security using a pair of cryptographic keys. Public and private keys work together to secure the manufacturing and updates to cars and their components. But it is the private key that acts as the PKI root of trust.

In the case of autonomous vehicles, the private key lives in the car or with the manufacturer. If a hacker compromises the private key, that hacker can gain control of the car and override its programming. So, it’s important to keep the private key safe and secure at all costs.

You could store the private key in an application server. But that’s dangerous because perimeter security is your only safeguard, and hackers frequently breech “secure” perimeters.

Hardware security modules (HSMs), used during the manufacturing process and maintained by the manufacturer throughout the cars’ lifecycle, are a more effective way to secure PKI systems and keys. HSMs are specialized appliances that hold and secure cryptographic keys. They are widely used and serve as the ultimate root of trust for a range of applications and systems. Without an HSM, cryptographic keys are at high risk of compromise. This a large and growing problem since encryption keys are going to be in every car going forward. And it’s why using HSMs for autonomous vehicle security infrastructure should become an industry standard.

HSMs may seem a small detail, but going without them can have big repercussions

Earlier I talked about the horse-and-buggy generation that was disrupted by the horseless carriage. Now let’s turn back time even further to the days of Ben Franklin, who famously quoted this poem about how small things can make a big difference.

For the want of a nail the shoe was lost,

For the want of a shoe the horse was lost,

For the want of a horse the rider was lost,

For the want of a rider the battle was lost,

For the want of a battle the kingdom was lost,

And all for the want of a horseshoe nail.

In the coming era of #autonomousvehicles, there will be no difference between the two as electronic #security becomes more important. #respectdataClick to Tweet

I see the cryptographic key as akin to the horseshoe nail. If you’re not securing that one little piece, you could run the risk of everything else getting compromised. And that risk is only growing as time progresses since computer systems are becoming faster and their ability to crack crypto is getting stronger. But if you are safeguarding your systems using PKI and HSMs, you can keep those systems, autonomous cars, and the people who use them safe and secure.