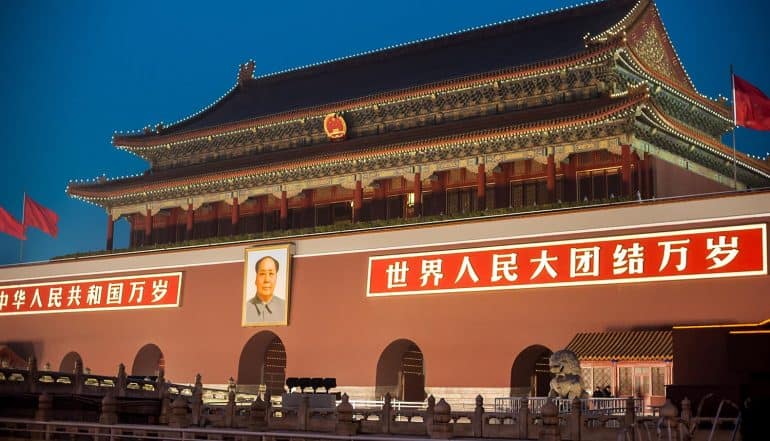 By now, the Social Credit System that the Republic of China has been planning to implement since 2014 is known about across the globe. Most of the Western world views it as an Orwellian 1984-esque dystopian system that further erodes Chinese citizens’ privacy rights.

Building on the totalitarian and rights-infringement policies that China’s government is so adept at, the Social Credit System will encompass all aspects of life for many citizens. From transportation and education to food and medicine, everything will be controlled based on social credits.

The West can only criticize and unearth the true monster that lies hidden behind the promise of upholding “the honest mentality and credit levels of the entire society”, as described by the Chinese government in June 2014.

This should apparently “build a Socialist harmonious society”, and “encourage keeping trust and punish breaking trust”. It seems they’re forgetting one thing – that such Socialist societies can only be built on broken individual liberties.

The SCS is the brainchild of Lin Junyue, and he said that, for the creation of such a system, a few legal excesses were acceptable. In his vision, those were necessary sacrifices on the path of achieving the perfect society.

The same Lin Junyue said that the well-being of the country takes priority over all else. This sounds like the rhetorical attempt of a mad-man trying to motivate the enslavement and subjugation of an entire populace under the banner of promoting trustworthiness and, ironically enough, liberty.

This is coming from a government who’s only recently elected Xi Jinping president for life. The crass contradiction is painfully obvious.

If you think the Western world is miles apart from taking measures even remotely similar to the SCC in China, then you’re dead wrong. The infectious germs are already in place with the political correctness that’s eroding the very concept of freedom of speech, and individual liberty. America is polluted by it.

In the West, there are many politically motivated boycotts which set out to demonize certain viewpoints as being incorrect or “bad”. Is it really so far-fetched to imagine the government beginning to assess the social functionality and benefits of citizens based on political speech, among other variables?

The basis for such a transformation is already there. Many companies and surveillance companies are collecting data on citizens, their activities on the internet, and much more. VPN providers struggle to maintain freedom in the online realm, but the threat is still there.

The Cambridge Analytica incident in 2016 should still be fresh in the collective mindset, and it showed a grim truth. The collected data can be used to shift and lead certain viewpoints in specific directions.

In this context, altering the social or political perception of an entire population doesn’t seem like such a farfetched idea after all.

China is slowly building upon what is the most complete form of a surveillance state in the history of humanity. It’s been doing so overtly for the past 5 years. The deadline for the project is estimated to be 2020 when the whole of China’s infrastructure and society would be completely entwined in the Social Credit System.

The West must struggle on to preserve individual liberties and basic privacy rights. It’s the only true political and social shield we have against state authoritarianism.

There’s no doubt that China’s social credit experiment shows the slippery slope of punishing speech we don’t like. By silencing those we disagree with, we set a precedent that others will use to silence us in the future.

At the moment there’s no singular social credit system in China, but local governments are implementing their own versions of it. Moreover, unofficial private versions are also put forward by companies such as Zhima Credit.

The infamous Blacklist that rests at the core of the SCS has already made the headlines on many Western news stations. It’s a list that shows all the citizens who have “behaved badly” or broken any rules.

The damned ones on this blacklist have certain rights restricted. A renowned Chinese reporter, Liu Hu, has been banned from using public transportation, buying any properties and taking any loans.

All of this because he had been accused of “fabricating and spreading rumors”, which translates to speaking against the regime. He accused high-level officials of corruption and misconduct, acts for which he was penalized by the SCS.

China’s Social Credit System is nothing if not ambitious though. It bears the mark of a new kind of authoritarianism, one turned into child’s play through the use of technology. The digital era is apparently fostering the Black Death of social regimes.

If you think the Western world is miles apart from taking measures even remotely similar to China's social credit system, then you’re dead wrong. #privacyClick to Tweet

If the whole idea behind the SCS seems like the far-fetched futuristic and dystopian idea of a sci-fi writer, that’s because it was. Past Tense. Now we’re witnessing the making of it. The West will clearly be affected by this, one way or another.