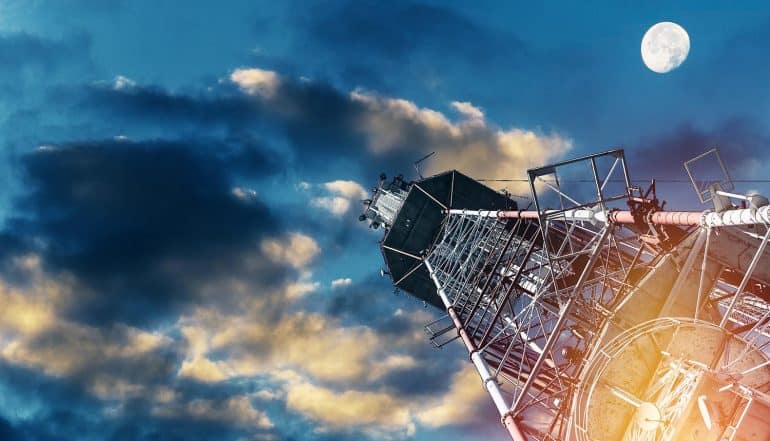 Chinese company Huawei may be the world’s largest 5G telecom equipment maker and the second-largest smartphone maker (trailing only Apple), but that hasn’t stopped the United States government from completely banning all federal agencies from buying Huawei equipment as part of its 2018 National Defense Authorization Act (NDAA). At the same time, the U.S. government has been exerting quite a bit of influence on its European allies to do the same. As a result, Huawei had no recourse but to challenge this equipment ban in U.S. court – essentially going head-to-head with the United States government in an effort to win back customers and restore its good name with other potential buyers.

Does Huawei really have a case against the U.S. government?

According to top Huawei executives, the United States government has thus far failed to show any direct proof that it has been spying on U.S. citizens or installing any sort of surveillance “back door” mechanism on its telecommunication equipment that would essentially make it possible for Chinese intelligence agencies to snoop on their rival. From the Chinese perspective, Section 889 of the National Defense Authorization Act is unconstitutional because it places an outright ban on any federal agencies in the U.S. from procuring any Chinese telecom equipment (not just buying Huawei equipment, but also equipment from the likes of ZTE). It also prohibits federal agencies from even working with any contractors or third parties that use Chinese telecom equipment. Doing so, says the U.S., would pose a security threat.

Huawei filed its legal challenge, which calls for a permanent injunction on this ban, in the eastern district of Texas, where it has its U.S. headquarters. As Huawei sees it, this outright ban on any Chinese telecom equipment is, in effect, a bill of attainder. In other words, it is a legislative act in which a group is declared guilty of a crime without a trial. The U.S. has acted swiftly and punitively, Huawei says, simply based on rumors or suspicions that the company is somehow linked to the Chinese government or spying for national intelligence agencies. And, in that regard, Huawei says it has been unfairly treated and designated to be part of a group for punishment without trial.

To bolster its case (at least in the court of public opinion), Huawei also says that the U.S. consumer will also unfairly suffer as a consequence. In the race to build out 5G networks and keep pace with technological developments in Asia, the U.S. needs the help of Huawei products. Without Huawei involvement, this might result in the U.S. being left behind in the 5G world, or the U.S. consumer paying much more for inferior equipment and services created by non-Chinese companies.

Taking legal action against the U.S. government, explains Huawei, is really a last resort action that the company was forced to explore. Ever since the U.S. passed the NDAA back in August 2018, Huawei has mounted a PR charm offensive on a global basis, looking to persuade others that it is abiding by all relevant cyber security standards as it develops the next generation of 5G equipment. As a first step, the company created a “Huawei Facts” micro-site to separate fact from rumor, and then followed that up with a social media offensive on Twitter.

In fact, the company even went so far as to create cyber security centers in Europe (the #1 market for Huawei outside of Asia), where potential partners and customers could check out the actual source code used to operate the telecom equipment. The company first created a cyber security center in Bonn, Germany in November of last year, and then this year, opened up a new Cyber Security Transparency Center in Brussels. There, cyber experts and representatives from government agencies could review the source code running all network gear. Huawei executives referred to this source code as the “crown jewels” of the company, and by making them available for all to see, Huawei thought it was making a positive gesture to reassure buyers.

But how well did all this really pan out? In December, Canadian officials – acting at the orders of the United States – detained Huawei CFO Meng Wanzhou as she attempted to return to China. The U.S. is now seeking to extradite her on possible criminal charges that Huawei violated sanctions on selling equipment to rogue nations (e.g. violating sanctions on Iran). Making matters worse, Meng Wanzhou is the daughter of the company’s founder. (Locking up and interrogating a close family member, presumably, is not the best way to come to a compromise agreement.) No surprise, but Wanzhou has now sued the Canadian government.

Huawei hits back at the United States

It’s no wonder, then, that the mood has turned quite negative of late. At the Mobile World Congress in Barcelona, for example, Huawei chairman Guo Ping hit back at the United States. At one point in his keynote speech, he taunted the United States, “Prism, prism, on the wall. Who’s the most untrustworthy of them all?” Prism, of course, is a reference to the notorious data-gathering and surveillance program coordinated by the U.S. NSA, in coordination with its “Five Eyes” partners around the world.

Thus, Huawei is making a point that the U.S. should stop trying to smear the reputation of the Chinese when it is only years away from what has thus far been the biggest cyber security scandal of the century. To make its case, Huawei has told everyone who will listen that it has been a model corporate citizen for “three decades” (ever since it was founded in the mid-1980’s), and that it has a solid track record in security. Whenever possible, says Huawei, it has embraced global cyber standards and protocols.

The prospect of a future diplomatic and trade war

The concern of many in the international trade community is that the showdown between Huawei and the United States over cyber might lead to a full-blown diplomatic war, and from there, a full-blown trade war. Already, the Chinese government has reciprocated against Canada by detaining top executives visiting China. And the U.S., if anything, is digging in its heels and giving no indication that it will back down from an all-out ban on Chinese telecom equipment to protect national security. In fact, U.S. is actively courting the Europeans, trying to convince them to ban Chinese tech as well. If they do, it would immediately sour trade relations between China and Europe. No doubt, China would hit back with a tit-for-tat measure of its own, further escalating matters.

Huawei hits back at the US by reminding the world of the biggest #cybersecurity scandal of the century – the PRISM program and Five Eyes #surveillance.Click to Tweet

The reality is that, in a global interconnected world, cyber is now part of the fabric of diplomatic, trade, and military power. Regaining trust is hard, and now that Huawei has chosen to escalate matters even further, there may be no going back for China and the United States.