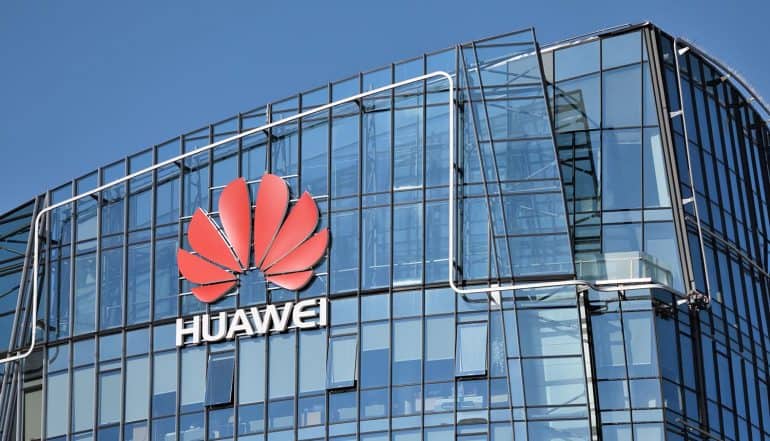 Seemingly every day brings a new development in the expanding drama featuring Chinese tech firm Huawei and Western governments. At one time, it looked like China’s foremost telecom networking equipment maker might be leading the push worldwide to build out 5G networks, including in Europe and North America. But those bold ambitions are now on hold as Huawei continues to deal with allegations, suggestions and insinuations that the company is so deeply embedded with the Chinese intelligence services and the Chinese military that it simply can’t be trusted. If there is even an outside chance that Huawei might be eavesdropping on your nation’s citizens, scooping up valuable intellectual property, and constructing secret back doors into critical infrastructure, would you really want this Chinese tech behemoth bidding for 5G projects in your nation?

The latest allegations come courtesy of British academic Christopher Balding, an assistant professor at Fulbright University Vietnam. Balding recently completed a sweeping and comprehensive study of Huawei employee CVs. These resumes became widely available on the Internet as the result of a massive data leak, and so it became an interesting research project to see how many of these CVs specifically listed academic or professional links to the Chinese state. What Balding found was particularly troubling: in case after case, it appears as if many mid- to senior-level Huawei employees have prior links to Chinese intelligence and the Chinese military. And, in a few cases that Balding sought to publicize, it appears as if the Huawei employees were concurrently working on projects with groups, organizations or academic institutions affiliated with the People’s Liberation Army or Chinese intelligence agencies.

And it’s not just that the Huawei employees have links to the military or Chinese intelligence – it’s also that the very projects they were working on for the Chinese state tend to bear an eerie resemblance to the types of projects that might involve eavesdropping on citizens, creating back doors into national infrastructure, or scooping up valuable employee data. As Balding notes, these job responsibilities and duties were plainly listed on the CVs of the Huawei employees. The overall picture that emerges is that a surprising number of Huawei employees have very strong backgrounds in intelligence gathering and military-related activities. Go one step further, and it’s not completely out of bounds to say that Huawei might be a gigantic front company for the Chinese state.

Of course, that’s where things get really controversial, because it calls into question how much of the Balding study is based on facts and data, and how much of the Balding study is based on a bunch of suppositions and allegations. Huawei, for its part, is challenging the entire Balding study. And, indeed, Huawei makes an important point: any large tech company is bound to have a number of employees with prior government or military service. Presumably, if you performed an identical analysis of Google or Facebook employee CVs, you might expect to find a surprising proportion of them with links to the “Five Eyes” intelligence services, such as the NSA or CIA in the United States.

And there’s also the matter of political bias as well. The Balding study was sponsored by Britain’s Henry Jackson Society, a prominent right-leaning political organization with a very strong anti-China bias. In short, the Henry Jackson Society has a very real political reason to publicize the Balding study: it might be one way to bring pressure to bear on Huawei on the economic front. After all, Huawei has done everything in its power to remain in the running for high-profile British 5G tech projects.

Links between Huawei’s employees and the Chinese state took another twist when a Czech media company came out with a potentially explosive exposé of how Huawei’s offices within the Czech Republic were secretly being used to gather intelligence and personal data that could then be shared with Chinese intelligence. In fact, the Czech public radio broadcaster claims that some Huawei employees casually exchanged personal information with Chinese Embassy officials, all as part of a master plan to embed Huawei (and its Chinese spy masters) more deeply within the Czech Republic.

Of course, there is a lot of conjecture when drawing conclusions here. For one, the Czech public radio broadcaster has kept all identities anonymous, and it appears as if the relationship between Huawei in Prague and Chinese intelligence in Beijing might be based more on hearsay than actual fact. Moreover, keep in mind that, when drawing their conclusions, researchers and officials might have their own deeply-held political biases.

Huawei, after all, is trying to build out 5G networks in Europe, and it’s only natural that a lot of people are very nervous about having a giant Chinese tech company play such a prominent role. Back in December 2018, for example, the Czech National Cyber and Security Information Agency found that Huawei was a distinct national security threat. And that was even before the Balding study, based on employment records leaked online, became such a media sensation for exposing the links between Huawei staff and Chinese intelligence!

The global alliance against Huawei

Put two and two together here, and it’s possible to see the broad outlines of a global alliance against Huawei that has been put into place by the U.S. government. The U.S. has apparently been reaching out to its allies, looking for help in building its case against Huawei. In the United States, Huawei is all but banned when it comes to important tech projects, and it’s clear that the Trump administration intends for the same viewpoint to be shared by its closest allies (especially in the UK, which is where the Balding research paper gained the most traction, thanks to the Henry Jackson Society).

#Huawei drama continues to expand as employees were found to have very strong backgrounds in intelligence gathering and military-related activities. #respectdataClick to Tweet

There is perhaps a bigger lesson here: in the current digital era, when there is so much attention being paid to data privacy, large tech companies simply can’t ignore this issue any longer. Huawei hoped for too long that the issue would simply go away – or that a lot of expensive lobbying in capital cities around the world would eventually lead to acceptance of the company. But that is not the case: no nation wants to live with the prospect of its citizens being monitored by a potential rival or adversary. It’s likely that similar types of studies, papers and op-eds will follow, all of them making the case that Huawei is simply too embedded with Chinese intelligence to be trusted.