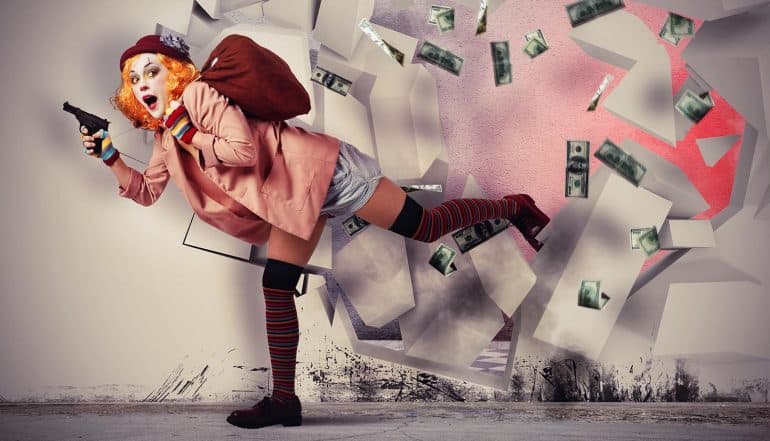 Why Millennials Are Likely to Get Tricked This Halloween by Ryan Wilk, Vice President, Customer Success at NuData Security
Cyber SecurityInsights
·3 min read

Why Millennials Are Likely to Get Tricked This Halloween

Halloween is right around the corner and, although millennials may not be doing much trick-or-treating these days, there are still several scares that they’ll need to keep an eye on. High on the list of frightening facts is how this generation deals with cybersecurity. It turns out that a freakishly high percentage of millennials tend to kick caution to the curb when it comes to protecting personal information. Understanding why this is such a widespread issue and what can be done to improve it will go a long way towards mitigating the terror that technology can sometimes present.

Millennials are touted for being a truly tech-savvy bunch, yet, a significant portion can’t decipher a fraudulent message from an authentic one. A recent UK campaign backed by the government showed that only 10% of internet users can spot a fake message, despite nine out of ten claiming they would be able to tell the difference. To be fair, this is partially due to a hectic way of life where some tech users do their grocery shopping on the phone or buy the latest popular items online as they wait for coffee, leaving barely more than a fraction of a second to decide where to click. Still, these numbers are enough to spook anyone at first glance, but understanding how this group approaches technology can shed some light.

At a high-level, it boils down to perspective. Millennials have a vastly different approach to technology than their predecessors, in that they tend to be more focused on advantages rather than risks. This is akin to being excited about an overflowing bucket of Halloween candy, disregarding that it was shipped by Freddy Krueger. Such a laser focus can give users an edge when it comes to maximizing the benefits of the digital landscape, but it also means that they can also be too lax about protecting their personal data. This is not a rare problem; even Mark Zuckerberg isn’t immune.

Zuckerberg was hacked in 2016 after reusing the same password for several social media accounts. The password wasn’t the strongest either, (it was “dadada”) which is as simple as many of the passwords out there. First Data also supports that Zuckerberg is in good company; an alarming 82% of his generational counterparts are guilty of having the same passwords across various websites and apps.

During Halloween, millennials might search endlessly for a novel costume to wear to each party but are clearly not taking the same care when crafting passwords for their accounts. The same report also notes that users commit another password-safety sin: sharing passwords with non-family members (23%) and never changing passwords (20%). Additionally, because they grew up with technology, they tend to feel more comfortable with it, which often creates a false sense of security.

To top it off, there seems to be a severe lack of interest in cybersecurity as a career among this generation. This means that there are – and will continue to be – gaps to fill in the cybersecurity field – on the flip side, cybercriminals don’t have this job-shortage problem. Millennials currently represent the largest segment of the U.S. population, with 84.3 million people, and by 2040, they are expected to account for an even greater number.

Considering this, it would benefit millennials to educate themselves on this topic. Still, while they do care about security, their strategies and priorities are different than those of other population segments.

Fending off the fright

For example, millennials tend to do more research to find automated solutions that can protect data and online activities so that they don’t have to do it themselves. Two of the most popular measures are using the cloud and creating additional passwords. Rather than ramping up personal cybersecurity knowledge, they are moving data to cloud services, as big security brands can provide better protection.

As for passwords, millennials are the group with the highest number of distinct passwords; between three to five. On top of that, at least one-third of millennials are also more likely to use password managers to organize credentials and to implement two-factor authentication, than other age groups – which are huge security boosters. While the millennial perspective on technology takes a research-driven approach, there’s certainly room for improvement. This involves taking additional measures to protect against incoming threats, ensuring that passwords are not only changed frequently, but are also complex and exclusive to one account, proceeding with caution when signing up for new services, and generally playing a more active role in securing personal data.