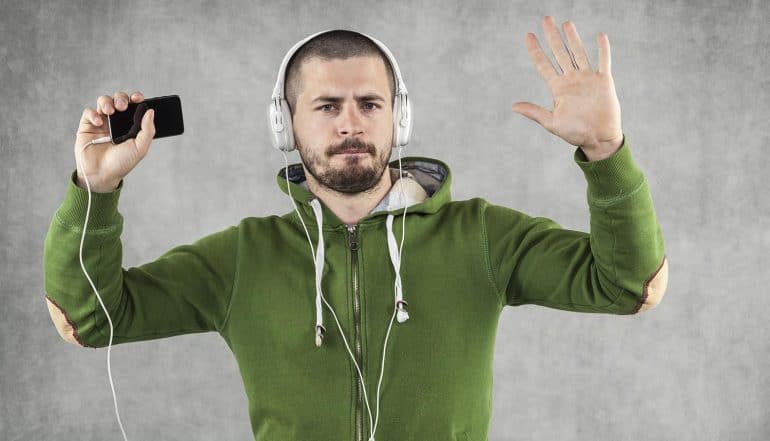 There’s nothing like kicking back and relaxing with some of your favourite tunes. But for at least one U.S. buyer of high end earphones from Bose that pleasure has been ruined. In mid April 2017, Kyle Zak filed a privacy infringement claim against the audio giant alleging that Bose is spying on its customers.

In the class action suit Zak is claiming that the Bose Connect app, which provides enhanced functionality to his pair of $350 QuietComfort 35 headphones is quietly gathering data on his listening habits – and then onselling that information to a data mining company called Segment.io. This privacy infringement claim is reportedly backed up by research from Edelson, a Chicago-based law firm representing Zak.

Besides providing additional functionality, such as customising the noise cancellation levels of the earphones, Zak claims that the App was also collecting information on his listening habits – information that was not covered by the company’s privacy policy.

His filing claims that artist details, song titles, as well as album information were gathered through the Bose Connect App. Put this information together with the personal details that we’ve supplied on registration and you have a potentially marketable database. And Zak claims that he did not provide Bose with permission to gather this data – and certainly not to sell that information to third parties.

This may seem like no big deal. In the minds of many consumers it would seem that your listening habits are pretty vanilla. However, privacy advocates point out that it’s not just your tastes as far as the Billboard Top 100 that are at risk. Other media content such as podcasts can reveal a whole lot about the person using the Bose Connect App. Political affiliation, hobbies, health status and a whole lot more can be gleaned from the data. This allows the company to build an accurate, personal profile of the user. Something which may fall foul of privacy legislation.

Wireless headphones are only a small part of what is now a universe of connected devices which touch on almost every part of the consumer experience – and companies are hungry for the data that they can provide.

The guiding principle for companies should be transparency. According to John Verdo, Vice President of the Future of Privacy Forum in the United States, companies need to be more upfront about their data use policies. This is becoming even more important as previously dumb devices like headphones smarten up.

Bose denies any wrongdoing. A company spokesperson said; “In the Bose Connect App, we don’t wiretap your communications, we don’t sell your information, and we don’t use anything we collect to identify you – or anyone else – by name.”

Bose faces #privacy class action suit. We love to be #connected but we may not want headphones that listens back.Click to Tweet

We may be ready for a smarter world – but most consumers don’t want a set of headphones that listens back. New opportunities exist due to the growing numbers of smart devices – but there are also new dangers.