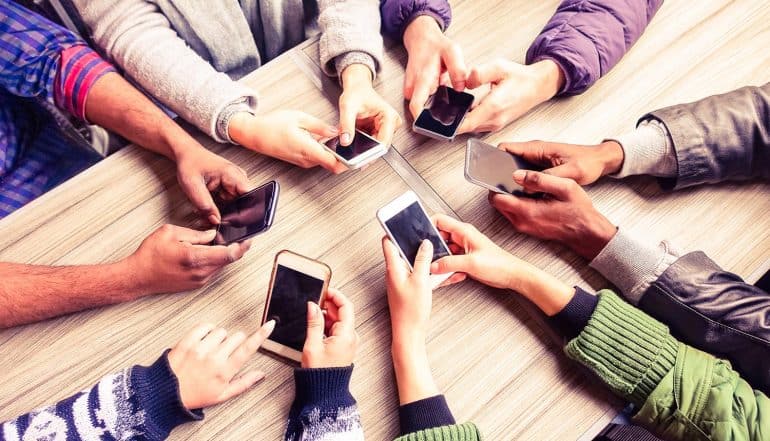 Closer to the Edge: Why Smaller, Better Systems Are Heading to Edge Computing by CEO and Founder at Nabto
Data PrivacyInsights
·4 min read

Closer to the Edge: Why Smaller, Better Systems Are Heading to Edge Computing

Forget the cloud, computing is moving closer to the edge. This style of data storage brings information closer to the location of where it is needed instead of far away servers – and it is tipped to increase privacy and security for the user.

With smaller and more powerful computers comes smaller and more powerful solutions: And this is certainly what edge computing offers both the vendor and user. Take the Internet of Things for example: vendors have the ability to create cheaper and better devices while users, through edge computing, are able to store their data under personal lock and key.

The result is a revolution for personal data storage and performance speeds. Let’s explore what the edge offers:

What is the edge?

This progression is only possible because devices are stronger yet cheaper to produce than ever before. Devices are often expected to be connected to the internet at all times, meaning they come loaded with additional computing power. Progressing to these agile devices is simply not as expensive as it once was. Consider the retail prices of small SD or USB flash drives, then reverse calculate for factory prices.

Contemporary data is primarily hosted by cloud servers – which means it is primarily hosted by a handful of multinational tech companies. For example, Amazon’s public cloud accounted for 47% of the market in 2017. However, the increase to capable devices throughout the modern home makes edge computing not only viable, but practical. Instead of hosting personal data on the leased cloud storage of a company, why not keep it at home? The privacy and latency benefits to device users and vendors speak for themselves.

Why it matters: Edge for the vendor

Computing closer to the edge will have a tangible impact for the vendors of devices and the companies who commission them. Stronger devices have the ability to use higher-level languages and, therefore, are easier to program. Furthermore, better devices translate to decreased development costs and time to market.

The secondary consideration for vendors is that, in fact, edge computing offloads security verification to a variety of devices instead of a centralized server. As noted, iPhone security and privacy features are a good example of edge computing as they host sensitive biometrics or encryption information on user devices rather than the cloud. In this way Apple actually relieves themselves of much of their responsibility for the handling of user security information.

Edge for the user

Quicker development time and lowered culpability are great for company bottom lines, but it will be users who primarily benefit from the rise of the edge. First, let’s discuss privacy. Data on the edge remains under the control of user – unlike the unknown of the cloud. Cloud storage means users never really know where their data is and who can access it. The edge removes this uncertainty.

Furthermore, platforms which assist Edge Computing communication are maturing. Take for example peer-to-peer (P2P) connection between IoT devices. This type of communication between end-user and server bypasses any third-party server to ensure the direct and secure relaying of messages. This not only eliminates latency but removes another element typically handled by the cloud and brings it back under the user’s control.

Latency improves convenience but again feeds into additional security for the user. For example, instant notification in the case of a home alarm is the reason it is useful. A surveillance system to alert breaches as they occur is actionable information, while a breach 15 minutes ago is not. Edge computing means data is stored at home with better latency to alert the user instantaneously to issues as they arise. Finally, bypassing cloud infrastructure also means there is one less server fee to pay.

The edge of glory

Do not be fooled: the rise of the edge does not equate to the disappearance of the cloud. However, computing that is cheaper and better than ever before will make it easier to migrate from the cloud to somewhere a little closer to home.

This transition in years to come will be furthered by edge-based Artificial Intelligence (AI). Right now, the Siri and Alexa home assistants of the world are enabled to record and analyze the voice commands of their owners. This is powered by cloud connection, meaning user commands are hosted on servers owned by large tech companies half the world away.

Some users shy away from these services as they do not want their voice commands – and everything else – to go up to the cloud. Perhaps this could be labelled as paranoia, but is Big Brother so far from reality as tech currently stands? The facts tell us it is not.

An investigation by Bloomberg in April revealed that Amazon workers are indeed listening to much more than what users directly say to Alexa. Recordings from user homes are “transcribed, annotated and then fed back into the software as part of an effort to eliminate gaps in Alexa’s understanding of human speech and help it better respond to commands.” The article continues: “Occasionally the listeners pick up things Echo owners likely would rather stay private: a woman singing badly off key in the shower, say, or a child screaming for help.”

AI hosted on the edge means it will be as close as possible to the data it is analyzing, minimizing the likelihood of intrusions like this. It is this mix of improved performance and better privacy which points to the continued adoption of the edge. Empowering users with a say on where their data is stored and who can access it may seem like common sense, but is not the reality of cloud computing. The edge – finally – makes it possible.