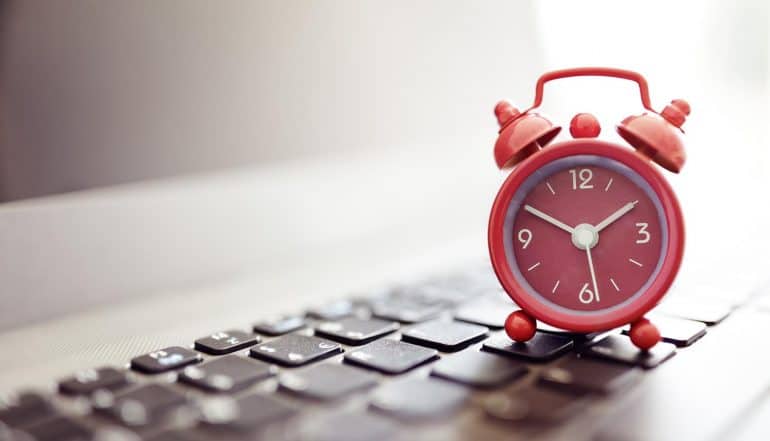 The past 12 months have been filled with stories about cyber security attacks, election meddling, state surveillance, and massive corporate data breaches. In other words, the 10th anniversary of national Data Privacy Day, set to be celebrated in the United States, Canada, India and 47 European countries on January 28, couldn’t come at a better time for Internet users and anyone who carries around a smartphone every day.

Data Privacy Day officially recognizes the 1981 signing of Convention 108, the first legally binding international treaty on privacy and data protection. The official goal of this year’s event is to raise awareness about the value of personal information and educate consumers on how to manage their data privacy.

Data Privacy Day was officially recognized for the first time as a truly transatlantic event in 2008. At the time, Europe was celebrating the event as Data Protection Day, and the consensus was growing in the U.S. that something more had to be done to protect the data and security of private citizens and businesses on both sides of the Atlantic. As a result, momentum built within the U.S. government to promote Data Privacy Day as a day of education and awareness about consumer data privacy.

Given the growing debate over privacy and security issues, the theme of this year’s 10th anniversary Data Privacy Day event is the following: “Respecting Privacy, Safeguarding Data and Enabling Trust.” This theme is a call to action for individuals, families, businesses and nonprofit organizations such as the National Cyber Security Alliance (NCSA), the official U.S. sponsor of the event.

What has changed more than anything else since the inception of the Data Privacy Day event back in 2008 is how much data privacy and data protection is now viewed as an international effort. The rise of 24/7 global data flows means that data or personal information about U.S. or European citizens could be at risk almost anywhere in the world.

When the Data Privacy Day event originally launched in 2008, the focus was primarily on social networking, and how personal information being shared online could be used without the knowledge of these social media users. For example, information and data you unknowingly shared on Facebook might be used by advertisers to construct sophisticated profiles of your buying, shopping or browsing habits.

In the following year, the scope of the Data Privacy Day event was expanded to include much more of a focus on data security. In many ways, this was at the urging of Europe, which was celebrating the event as Data Protection Day. But it also reflected the new wave of data breaches and data security problems afflicting major U.S. corporations. Thus, the day became unofficially known as “Data Privacy and Protection Day.”

Over the past ten years, the focus of the Data Privacy Day has steadily widened. Notably, more corporate sponsors have signed on as participants. This year’s event, for example, has several high-profile sponsors, such as Cisco and Intel, which are trying to play a role in making data privacy and data security a reality for today’s Internet users.

In addition, the educational focus of the event has broadened to include more of an emphasis on what families should be doing to protect the data privacy of their children. This comes at a time when more children and teens carry around smartphones, and may be unwittingly sharing their personal information and location with total strangers.

Data privacy in an era of the “Internet of Me”

Clearly, a lot has changed in the past 10 years. One major development, of course, was the rise of the new mobile-first reality, in which smartphones now act as daily, 24/7 generators of data and personal information.

Another development cited by the NCSA is the development of the “Internet of Me.” This is a conceptual framework to describe how many people now carry around several digital devices at one time, each one of them communicating information about their habits, preferences, and location. And there’s another factor to keep in mind as well, and that’s the growing consumer acceptance of wearables that track our physical fitness and health.

Thus, the “Internet of Me” can be visualized as a cloud of data and personal information that includes not just our demographic information (age, gender, national origin), but also our health data, our personal financial information, and insights into our shopping preferences, and possibly even our political inclinations.

So what can be done to encourage more privacy for the “Internet of Me”? That’s another of the focal points of this year’s 10th anniversary event. There needs to be more education on respecting privacy, safeguarding data and enabling trust. And more needs to be done to safeguard the Internet of Things (IoT). According to the NCSA, tens of billions of devices will be connected to the Internet by 2020, raising the risk for IoT users.

Ultimately, Data Privacy Day is all about making people and businesses smarter about data privacy and data protection. As part of the educational materials prepared for the event, the NCSA outlines a wide range of steps that families and individual users can take to better protect themselves – such as knowing exactly what types of data they are transmitting every time they use an app, and what types of information corporations are collecting about them every time they visit a website.

As a result of previous outreach efforts, it’s perhaps no surprise that consumers are embracing web browsers that focus on personal privacy, and are becoming more circumspect every time they are asked to check a box on a “terms of service” page for websites and apps. That’s a positive step, and certainly a good sign that the educational mission of Data Privacy Day is succeeding as planned.

That being said, even the most hopeful optimist would agree that data breaches will still occur. In just the past 12 months, we’ve seen breaches at major companies that consumers once trusted with their data – including Equifax, Verizon and Uber. So, obviously, more can and should be done. All companies should be taking data privacy and data protection as seriously as the corporations that have signed on as sponsors of this annual event.

By taking time out every January to celebrate Data Privacy Day, individuals on both sides of the Atlantic – and indeed, around the world – can take the right steps to ensure the privacy and protection of their data and the data of their families. Individuals can take better action to protect and manage their privacy, while businesses can take steps to respect user privacy and safeguard customer data.