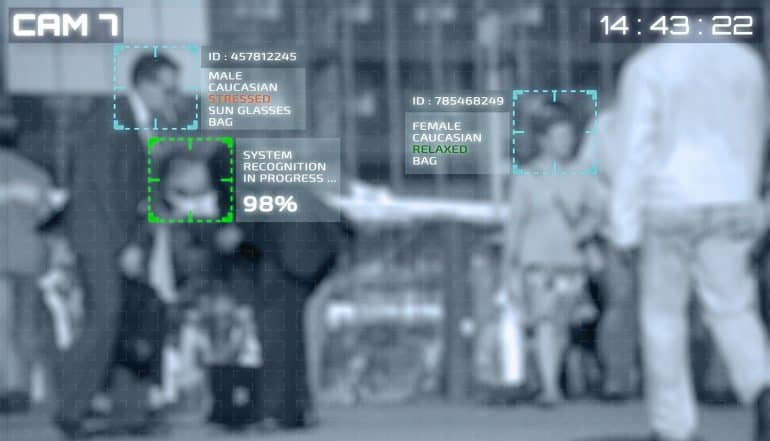 For example, San Francisco is now considering an outright ban on facial recognition surveillance. If pending legislation known as “Stop Secret Surveillance” passes, this would make San Francisco the first city ever to ban (and not just regulate) facial recognition technology. The bill is being brought for a vote, as concerns mount that facial recognition surveillance unfairly targets and profiles certain members of society, especially people of color. When law enforcement agencies adopt this technology, for example, they usually roll it out in high-crime, low-income neighborhoods, and those disproportionately are neighborhoods with a high percentage of people of color.

One reason why the outright ban on facial recognition technology is so important is because it fundamentally flips the script on how to talk about the technology. Previously, the burden of proof was on the average citizen and advocacy groups – it was up to them to show the hazards and negative aspects of the technology. Now, the burden of proof is on any city agency (including local police) that would like to implement the technology – they not only have to demonstrate that there is a clear use case for the technology, but also demonstrate that the pros far outweigh the cons for any high-tech security system (including a facial recognition database).

While the American Civil Liberties Union (ACLU) of Northern California supports the legislation, the local law enforcement authorities do not. As they see it, there is a clear use case for such technology – it helps to improve overall security, it discourages crime in a certain area if people know they are being watched, and images captured enable them to solve crimes by understanding who was at a particular scene at a particular point in time. Moreover, they resent what they see as far too much oversight from the city over the way they implement facial recognition surveillance. Earlier, they challenged a bill that would have given municipalities more oversight over how police departments can use surveillance technology.

Ultimately, the privacy battle over the proper use and scope of facial recognition surveillance will play out on the streets, not in the courts. In London, for example, the Metropolitan Police have experimented with facial recognition technology, with mixed results. Before rolling out the new technology, the police stated that people who covered their face in areas where there were cameras would not be stopped for suspicious behavior.

Yet, that was not necessarily the case once the technology was already in place. In one high-profile case, a man who was stopped for covering his face was later fined by the police after swearing and becoming hostile. Of course, you can view this behavior in one of two ways – as the actions of a “guilty” person who was properly stopped and detained by the police for covering his face, or as the outraged actions of an “innocent” person who was improperly stopped and detained on a ridiculous charge.

Without a doubt, there is a blurry gray line here. At what point do you stop someone simply because they are trying to maintain their privacy? London police officers were told to “use judgment” when stopping people who avoid the cameras, but doesn’t that imply that certain types of people – such as young people of color – will be stopped more often than others?

In another high-profile case of facial recognition surveillance being rolled out with mixed (some might say dubious) results, consider the case of the U.S. Secret Service experimenting with the use of facial recognition surveillance outside of the White House. The idea is simple: scan the faces of all people strolling around the perimeter of the White House, in order to detect potential “people of interest” (i.e. terrorists) who might cause a security risk for the U.S. president. For now, this is only a limited test, and is scheduled to be completed by the end of summer 2019.

When is the best time to regulate a new technology?

Judging by cases in San Francisco and London, society may finally be waking up to the immense #privacy implications of #facialrecognition #surveillance.Click to Tweet

That’s why the current moment is so important. Facial recognition systems are now used in airports and at border crossings by immigration and customs enforcement authorities. They are used as crowd control tools in authoritarian nations. And they are used by social networks. It’s now just as common for someone to login to their digital device with their face as it is with their fingerprint. So we really are at a tipping point when it comes to deciding what to do with high tech surveillance systems that use our face as the primary form of identification – if we wait a few more years, it might be too late to do anything about it.