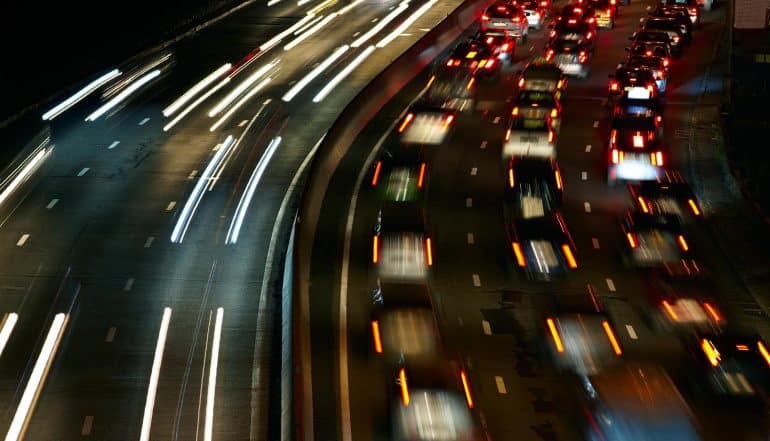 In the United States, Net Neutrality Makes a Comeback

The battle to reinstate old Obama-era rules for the Internet is gaining momentum in the United States. In mid-April, House Democrats pushed through a new bill, known as the Save the Internet Act, which would reinstate the popular Net Neutrality rules that were in effect from 2015-2018. According to top Democrats in the U.S. Congress, these Net Neutrality rules are badly needed in order to prevent large broadband Internet providers from abusing their power to block or slow Internet access, or to prioritize their own content over the content of smaller rivals.

Why Net Neutrality is such a divisive political issue

In theory, Net Neutrality regulation should not be a contentious, divisive issue. After all, who doesn’t believe in a free and open Internet, equal access to the Internet, and protections for both content providers and consumers? The House Democrats may have called their new bill the Save the Internet Act, but when House Republicans overturned the old Obama-era net neutrality rules, they called their bill the “Restoring Internet Freedom Act.”

One major reason why Net Neutrality is back on the political agenda is because the Democrats regained their majority in the House of Representatives. When the Republicans had the majority back in 2017, they were able to overturn the Obama-era legislation, and Net Neutrality officially came off the books in June 2018. But in Fall 2018, the Democrats took back the majority in the House, and now these members of Congress are looking to restore Net Neutrality by forcing a vote on Net Neutrality rules. However, since the Republicans still control the U.S. Senate, the chances are slim to none that the Save the Internet Act will actually become law. In fact, Senate majority leader Mitch McConnell (R-Kentucky) has said that the new bill is “dead on arrival” in the Senate.

Moreover, FCC chairman Ajit Pai (a Trump appointee) has argued vigorously against Net Neutrality, calling it “a mistake” and an attempt to introduce “heavy handed” regulation into an industry that should be dynamic and innovative. And the Office of Management and Budget (OMB) has also advised the White House that it should not sign any bill into law if somehow the Save the Internet Act makes it out of the Senate alive. President Trump, for his part, has suggested that he would veto any bill about Network Neutrality that crosses his desk.

Why Net Neutrality has such grassroots support

One reason why Net Neutrality is back in the news and being portrayed as a fight for the future by consumer groups is simply because it has such extensive grassroots support from the tech industry and academics. Popular Silicon Valley tech companies – including both Google and Facebook – support Net Neutrality, and more than 120 smaller tech companies (including Medium, Stripe and GitHub) have supported Net Neutrality as a way to guarantee a free, competitive marketplace. Some of the most popular Internet companies, such as Netflix, have based their business models around the idea of a free and open Internet, where Internet providers are not able to charge them “tolls” for carrying their traffic or clamp down on free speech.

Of particular concern to advocacy groups and net neutrality advocates is just how big and diversified the nation’s broadband providers have become. It’s now an anachronism to refer to them solely as “Internet Service Providers” (ISPs) because they are massive conglomerates with billions of dollars tied up in content creation and distribution. Take AT&T, for example, which owns Time Warner, or Comcast, which owns NBC Universal. The fear here is that an Internet provider like AT&T could start to prioritize their own online content (such as HBO programming) over the content of rivals (such as Netflix streaming movies). Or that, without net neutrality protection, these massive companies could start to charge a lot more for faster access, thereby relegating some consumers to the “Internet slow lane.”

Moreover, nearly two dozen U.S. states have started to push forward state-level Net Neutrality rules that would prevent big Internet providers from blocking, throttling or prioritizing traffic. At the same time, lawsuits are being pursued that would force the U.S. government to save Net Neutrality and reverse the FCC decision. According to one poll, there is broad-based support for a Net Neutrality law, with nearly 86 percent of Internet users saying that they support a free and open Internet.

Paul Bischoff, privacy advocate at Comparitech.com, notes that the recent vote in the House is a positive sign, “The House of Representatives’ endorsement of Net Neutrality is an encouraging step in the right direction, even if it is only symbolic. Our poll shows that Americans overwhelmingly support Net Neutrality across both generational and political lines. By approving the bill in the House, every member of Congress—and possibly the president—will have a chance to prove whether they represent the will of their constituents or corporate-backed lobbyists. When election time comes, I hope this doomed bill serves as a clear record of who did the right thing and supported a free and open Internet.”

The case for Net Neutrality in 2020 and beyond

The 2015 Net Neutrality act could make a comeback in 2020, but it faces formidable obstacles. According to Ajit Pai of the FCC, “The Internet is free and open, while faster broadband is being deployed across America.” As America prepares for widespread adoption of 5G technology, the thinking goes, now is no time to bring up the debate over Net Neutrality repeal all over again. The companies building the 5G future need to be able to execute on their strategies, without being treated like telephone utilities that require extensive government oversight. When Internet providers actually provided “dial up” service over the phone lines, maybe that designation made sense, but what about now?

Democrats pushed through a new bill to reinstate Obama-era #NetNeutrality rules for a free and open internet.Click to Tweet

In 2020 and beyond, the question might just boil down to the following: Whom do you believe more, the federal government or the big, monopoly-like Internet providers? According to House Democrats, nobody believe the big Internet providers. And according to House Republicans, nobody believes that Big Government can do a better job of protecting the Internet than the free market. Which is why, at the end of the day, Net Neutrality remains such a divisive issue at the national level: the question is not really one about technology, but rather, about one’s political philosophy and beliefs.