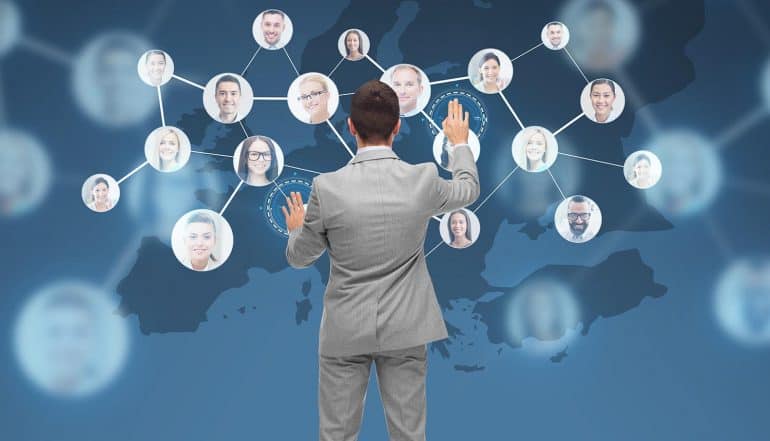 At a time when the general population in the U.S. is more aware than ever before of privacy issues raised by social media usage, the Federal Bureau of Investigation (FBI) appears ready and willing to ramp up its social media surveillance activities. According to a new request for proposal (RFP) that the FBI distributed in early July, the goal is to develop an “early alerting tool” that would enable the FBI to “proactively identify and reactively monitor” persons of interest or suspects in ongoing cases.

In many ways, the new urgency behind creating an early alerting tool is based on the growing number and diversity of threats to the United States. These threats include global criminal syndicates; foreign intelligence services gathering data and information on U.S. citizens; and international terrorist groups determined to sow confusion, discord and destruction on U.S. soil. And, most notably, given the recent wave of mass shootings in the United States, such a social media surveillance tool might be used to find and detect potential “home grown” terrorist threats – in other words, the types of demented individuals distributing their deranged manifestos across social media or using tools like live-streaming functionality to broadcast their horrendous attacks in real-time.

And, in fact, throughout its RFP for the social media surveillance tool, the FBI directly mentions the need for real-time monitoring capabilities. The idea, of course, is that the FBI might be “tipped off” to a certain crime or terrorist event before it even happens, just by keeping a careful watch on social media. The “ability to monitor social media” becomes, in essence, the same thing as “real-time surveillance.” In the wrong hands, in fact, it could become something far worse.

The FBI refers to this as the “mission-critical exploitation of social media,” but privacy experts see this new tool as a very different form of “exploitation” – the exploitation of personal privacy by law enforcement. As organizations such as the ACLU have already warned, there is rampant opportunity for abuse of this tool. It’s easy to see how just about any U.S. citizen might get pulled into a massive surveillance operation, simply by using a certain word or phrase on social media. Even a slang expression – such as “that event was the bomb last night” – might be easily interpreted to mean something very different by the authorities.

After mass shooting events like El Paso and Dayton, it’s no wonder that everyone is on edge these days. In both cases, the suspects involved in the case seemed to leave a very easy social media trail for investigators to follow, and the hope here obviously that the very worst mass shootings and terrorist events can be avoided in the future.

Yet, at the same time, doesn’t this FBI scheme for social media surveillance sound a lot like the “pre-crime” tool in the famous Hollywood blockbuster film “Minority Report” starring Tom Cruise? In that movie, a group of “pre-cogs” were able to look into the future to detect a possible crime, and then alert the relevant law enforcement authorities. But is that really the type of world that we want to be living in? Remember, any social media surveillance tool is never going to be 100% accurate. Even a tool that is 99% accurate would imply the risk that thousands of people might get rounded up for crimes they never committed.

And, certainly, there have been other attempts in the recent past at various types of social media surveillance. For example, the CIA has already adopted various forms of social media monitoring tools. And, back in 2016, the FBI contracted an outside third-party vendor (Dataminr) in order to parse through the “firehose” of Twitter content in order to find various clues that might lead them to criminals, terrorists and domestic threats.

New FBI’s social media #surveillance tool will enable the Bureau to follow the whereabouts and actions of just about every single American. #respectdataClick to Tweet

Clearly, the FBI is focused on efforts to “detect, disrupt and investigate an ever-growing diverse range of threats.” This has emboldened the FBI to the point where the intelligence agency is not even hiding behind veiled euphemisms or vague terms – the FBI is very direct about what it is expecting from a social media surveillance tool. Yes, the agency has promised to respect all privacy and civil liberties concerns, but does anyone really believe that law enforcement agencies will avoid the temptations involved in obtaining real-time access to a full range of social media exchanges? The FBI has decided that, in addition to Twitter, both Facebook and Instagram are worthy targets of social media surveillance.

So will the FBI accomplish its goal of creating and using a real-time social media surveillance tool? Twitter, for its part, has said that such use of public data for surveillance purposes would represent a breach of its privacy policy and terms of use. And Facebook, already facing a massive $5 billion government fine for privacy violations, surely has no willingness to take part in a social media surveillance scheme –  no matter how well-intentioned it might be. The good news is that it might just be the case that the social zeitgeist is shifting, and it is becoming harder and harder for companies and governments to find good reasons to violate personal privacy of citizens in the name of enhanced safety.