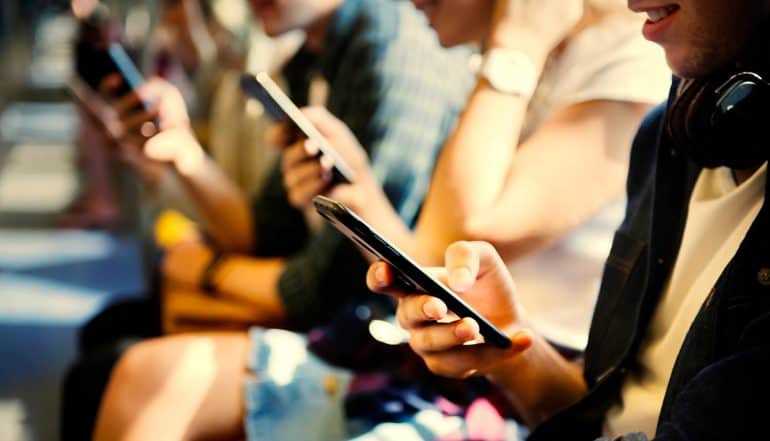 New Study Shows That Americans Will Not Pay for Online Privacy

According to a new study by the Center for Data Innovation, an overwhelming 79.8% of Americans want Internet companies like Google and Facebook to collect less personal data about them. Yet, when asked whether or not they would actually pay a monthly subscription fee to protect their personal information, only 26.7% of Americans agreed with that premise. This is usually referred to as the “privacy paradox” – people want their online privacy, but they don’t want to pay for it.

The new survey from the Center for Data Innovation is so interesting precisely because it asks everyday Americans exactly what sorts of trade-offs they would be willing to make in exchange for less data collection about them. For example, nearly 75% of respondents agreed with the idea of seeing “less useful ads” as a trade-off for tech firms collecting a smaller amount of data on them. In other words, instead of seeing creepy Facebook ads that seem to know everything about you, you would see more generic ads (and, quite possibly, ads that might not even apply to you). It’s hard to see this as a real “trade-off,” so it’s perhaps no surprise that a whopping 57.8% of respondents “strongly agreed” with this premise.

Monthly subscription fees are a non-starter

But where the support really falls off the table is when respondents were asked about the prospect of a monthly subscription fee. According to the Center for Data Innovation, just over one-quarter of all U.S. adult Internet users (26.7%) would be willing to pay Google or Facebook a monthly subscription fee. And only 8.7% “strongly agreed” with this notion, with the other 18% simply “agreeing” with the idea.

It’s easy to see why people are so unwilling to pay a monthly subscription fee to companies like Google or Facebook. For one, there is a prevailing perception that the Internet and all web browsing should be free. And after years of using Google and Facebook for free, could anyone possibly imagine a future where you’d pay to use these services? In the case of Facebook, for example, there would always be another social network that would be free to use, and users would simply migrate there after bidding Mark Zuckerberg adieu over at Facebook. And, in the case of Google, there would always be a free, alternative search engine. So why pay?

Moreover, from a more cynical perspective, it’s easy to see how being forced to pay for online privacy could easily start to resemble an old-time protection racket. You can almost hear a gangster voice saying something like: “If you don’t want something bad to happen to your data, then you might want to think about paying us a monthly fee…”

Collecting more data is not the solution either

In an effort to gauge the value of different trade-offs involved for online privacy, the Center for Data Innovation also attempted to see what would entice U.S. adult Internet users to accept the prospect of MORE data collection. According to the survey results, 74% of Americans are opposed to the idea of collecting more data about them, and for good reason. That figure fell to 63%, though, when offered the prospect of more useful (i.e. personalized) ads. The most compelling trade-offs seemed to be fewer ads, more features and more free apps and services. In the case of more free apps and services, opposition to more data collection fell from 74% to approximately 56%.

One reason why national privacy legislation (i.e. legislation along the lines of the European Union’s General Data Protection Regulation) has not yet become a reality in the United States is due to the ongoing perception that most Americans really don’t want it. And that’s based on the evidence that they don’t want to pay for online privacy.

So, in many ways, this new survey on online privacy is merely helping to perpetuate old stereotypes and attitudes. By showing that only one-quarter of adult Internet users are actually willing to pay a monthly subscription fee, this new survey from the Center for Data Innovation is going to send a message to politicians that the time is not yet ready to rock the boat.

But is that really the case? For example, a group of 12 online privacy advocacy groups recently called for the creation of a new data protection agency. As they see it, the Federal Trade Commission (FTC) has largely failed in its duty to protect everyday Americans from the data collection practices of big tech companies. From their perspective, a standalone data protection agency would be in the best position to ensure privacy protection, oversee compliance with data protection laws and regulations, and formulate responses to emerging privacy challenges involving social networking and the World Wide Web.

Moreover, if you consider the growing cost of online privacy, it’s clear that something needs to be done soon to protect average users and their personal data. Since 2005, there have been over 8,200 data breaches that have exposed over 1 billion records to hackers and cyber criminals. Moreover, in 2017 alone, there were more than 1,500 data breaches, a 45 percent spike on a year-over-year basis. Seemingly every week, there is a new major data breach impacting bank account numbers, credit card details, public records (including voter records), sensitive customer information (including passport and social security numbers) and social media profiles.

80% of Americans want Internet companies to collect less #personaldata but only 1 in 5 would pay a monthly fee to protect their online #privacy.Click to Tweet

A long-term solution needs to be put into place. If Americans are unwilling to pay for data protection and improved data practices at top tech companies, then they might be asked to accept other compromises, including a loss of some features or functionality that they have thus far taken for granted. That might end up being the final price for better online privacy.