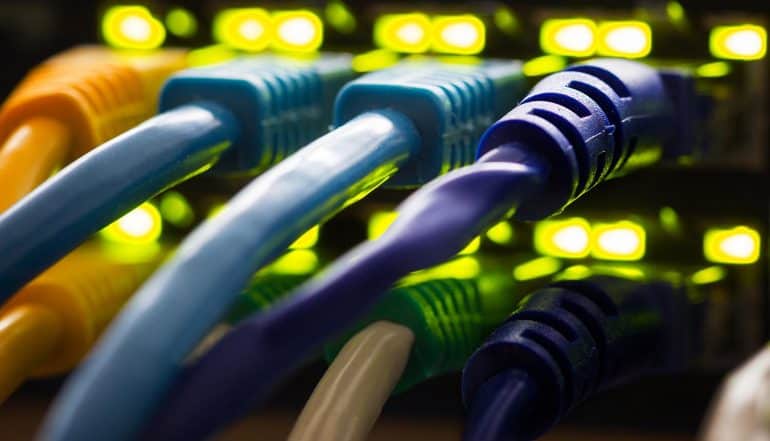 To date, no nation has ever intentionally cut itself off from the global Internet. But that is set to change in 2019, as Russia experiments with a radical new plan for controlling Internet traffic into and out of the nation. A new draft law for Russia Internet control, while positioned as a way to counter a more aggressive Western cyber strategy, also contains a number of key provisions that could make it possible for Russian government authorities to censor, block and filter Internet content.

The plan for Russia Internet control

According to a new draft law (“Digital Economy National Program”) on Russia Internet control, which was originally proposed by high-ranking lawmakers in December 2018, all Russian Internet service providers would need to make technical changes so that they would be able to operate independently in the event of a foreign or hostile power shutting off access to the global Internet. In order to make this happen, Russia would need to find ways to route all traffic through systems and networks controlled by the Russian government. Thus, as part of the overall strategy, Russian ISPs would need to demonstrate that they can direct all data (both incoming and outgoing) to government-controlled routing and exchange points.

In the Western media, this plan for Russia Internet control has largely been described as the process of Russia “unplugging” from the global Internet. However, the Russian government has said it is a way of keeping its domestic Internet (the “Runet”) safe and secure from hostile powers. As a result, experts have described this plan for Russian Internet control as creating a “drawbridge” that Russia could raise up in the event of a coordinated cyber attack from abroad. To do so, of course, Russia will need to build its own version of the Internet’s Domain Name Servers (DNS) system. This is the only way to guarantee that Russia can control all routing of Internet traffic.

If this plan for Russia Internet control were simply limited to a defensive strategy for protecting the Runet from external attack, it might not have garnered as much attention, both inside and outside of Russia. However, the draft Duma bill also includes provisions that grant more power to the nation’s chief Internet regulatory authority, Roskomnadzor (officially known as the Russian Federal Service For Supervision of Communications, Information Technology and Mass Media). And this is what is so alarming to human rights NGOs and privacy advocates: Roskomnadzor will be able to regulate all traffic routed into and out of Russia via exchange points, thereby impacting the Internet freedom of Russian citizens.

In the past, Roskomnadzor has had a negative reputation for protecting the privacy rights of everyday Russians. The agency, for example, has tussled with the likes of social media giants LinkedIn and Facebook, forcing them to host their servers within Russia as part of court rulings. And Roskomnadzor has also cracked down on the popular Russian messaging service Telegram, which has since been banned within Russia. In addition, Roskomnadzor is known in Russia as the government media watchdog, keeping a careful eye on the Internet in Russia for radical and extremist content, as well as anti-government content. Thus, the plan for Russia Internet control could really be a way to censor and crack down on Russian Internet users.

In a worst-case scenario, Russia might be emboldened to copy the Chinese censorship model, in which everyday citizens are entirely prevented from accessing certain Western websites on the Internet. Moreover, China’s regulatory authorities keep a careful eye on all content created and shared by its citizens, especially in regions of the country where anti-government dissent is high. Even worse, China has placed an outright ban on the use of Virtual Private Networks (VPNs) that hide the real identity of an Internet user. Using a VPN within China carries with it the risk of possible prison sentence.

Russia’s notion of a sovereign Internet

As can be seen, Russia’s plan to disconnect from the Internet is burdened with a lot of controversy. Yet, the draft bill is almost a certainty to be approved by Russian President Vladimir Putin, and there are already plans to coordinate a trial “unplugging” sometime before April 1. Critics of the plan have said that it will result in serious disruption to the Internet, as well as much higher costs for consumers, but it looks like the plan will go ahead as planned anyway.

This Russia Internet control legislation, in many ways, follows through on what Russia has in mind when it touts the concept of a “sovereign Internet.” Ever since 2015, Russia has joined with China to promote the idea of “cyber sovereignty.” In very basic terms, it means that a nation should be able to control the specific terms of how its citizens use cyberspace. In this regard, cyberspace is most similar in concept to “airspace” – it is something that inherently belongs to a sovereign nation, but must be shared with others. In order for international air travel to be possible, for example, nations need to have rules for how to “hand off” control between nations. Yet, at any point in time, a nation can shut down its national airspace, such as due to a terrorist threat or other cyber attack.

Keeping the domestic 'Runet' safe and secure from hostile powers or just a means to censor, block and filter Internet content. #surveillance #privacyClick to Tweet

And this is exactly what Russian authorities have in mind with this concept of Russia Internet control. The Duma lawmakers who originally drafted the law on Internet controls said they did so in response to the very aggressive cyber posturing of the United States, which had just released a much more robust cyber strategy stating that the U.S. had the authority to launch offensive cyber strikes against an enemy. Theoretically, such attacks might include a pre-emptive strike against the Russian Internet. Thus, the ability to “unplug” at a moment’s notice can be viewed as a defensive strategic move to protect Internet traffic.

Are we headed for an alternative Internet?

This Russia Internet control plan raises the prospect of an “alternative Internet” that is separate but equal from the current global Internet. Most likely, it would include the likes of Russia, China, Turkey and Iran – all of which have pushed measures to regulate Internet traffic according to national needs. All of these nations have felt threatened by external Western powers (especially the United States), all of them have a reputation for supporting authoritarian regimes, and all of them have experienced strong internal dissent. So it’s increasingly likely that any plan to disconnect from the global Internet will also make it much easier for a nation to crackdown on cyberspace domestically.  That, in short, is why Russia’s plan to disconnect from the Internet has global implications.