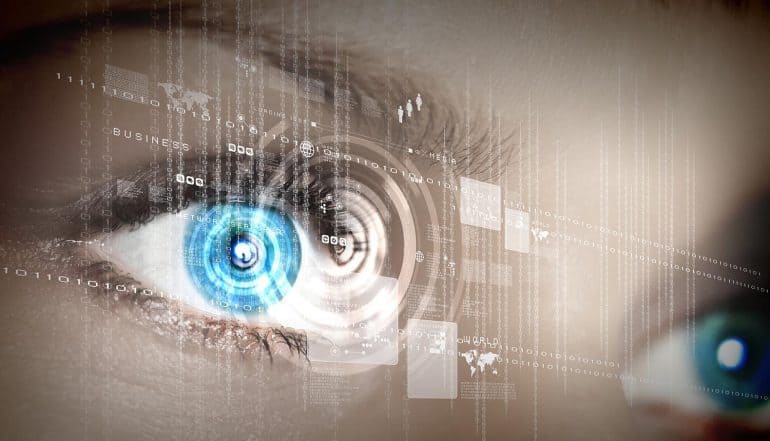 The Case For and Against Digital ID

At this year’s Davos summit in Switzerland, the topic of digital ID made headlines. According to a new research study presented at the World Economic Forum in Davos, developing economies that adopt digital ID systems (rather than paper-based ID systems) have the potential to grow their annual GDP by up to 13 percent by the year 2030. The big caveat, however, is that any form of new digital ID system is going to raise questions about personal privacy.

The case for digital ID

When it comes to the economic growth argument, the clear poster child for digital ID is the tiny European nation of Estonia. At the World Economic Forum this year, Estonia was held up as a shining example of how digital ID could help to unlock efficiency, productivity and economic growth. In Estonia, digital ID cards are used for just about everything official – including voting, signing documents and submitting tax claims. In fact, digital ID has helped to streamline the business system so much that Estonian government officials now claim that the average individual saves 5 business days each year, simply due to productivity gains. In terms of economic growth, that’s good for an additional two percentage points of GDP growth each year.

If a tiny, developed nation like Estonia can see such positive economic growth from instituting a system of digital ID, then just imagine what a much larger economy could accomplish. The report on digital ID specifically mentioned the appeal of paperless identity for Brazil, China, India, and the United States – arguably, four of the most important economies in the world. The report also mentioned Ethiopia and Nigeria as nations that would potentially benefit the most from digital ID.

And that’s where things get really interesting, because until this year’s World Economic Forum, the focus had always been on the humanitarian aspects of digital ID. In other words, the arguments for digital ID centered more on nations like Ethiopia and Nigeria than on the UK and the U.S. Most of the world’s refugees, for example, have no way of proving their identity. In fact, according to the World Bank, over 1 billion people in the world have absolutely no way to prove their identity. Imagine trying to open up a bank account without a birth certificate or some proof that you are who you say you are. Imagine trying to get healthcare treatment if you can’t prove your identity.

Thus, the argument for digital ID has typically rested on the notion that digital ID was the only way to help out these 1 billion people. The UN officially listed “providing legal identity for everyone” as one of its Sustainable Development Goals for 2030.

And, indeed, if you look at the early backers of the digital ID concept, they include names like the UN, the World Bank, Mercy Corps and Kiva. In response, organizations like the ID2020 Alliance have been pushing for the creation of a trusted, certified form of digital ID that would be portable, universally acceptable, and safe from hackers. At the end of 2018, CARE USA signed up as another partner for the ID2020 Alliance, and again, it was primarily on the basis of humanitarian considerations.

So it’s actually quite interesting that the focus at Davos shifted to the economic development argument. The idea now is that digital ID can make it easier for entrepreneurs to launch businesses, for the private sector to remove some of the bureaucratic hassles involving a lot of paperwork, and for economies to streamline how they function. According to the research study, the average developing economy would be able to “unlock economic value” equivalent to 6 percent of GDP. In some cases, the amount of economic value would be equivalent to 13 percent of GDP.

The case against digital ID

But just how realistic are these assumptions? And what sorts of trade-offs are involved? After all, there are still a number of unaddressed problems that result from any digital ID system. Think about it – it’s impossible to hack a paper birth certificate, but it’s very possible to hack a digital ID. Other problems include biometric fails, lack of Internet access in rural or remote locations, and the potential for misuse by third-party actors.

Thus, the thinking right now is that there need to be various “kernels” of a digital ID in order to make it as safe as possible. You can think of these kernels as the building blocks of digital identity. Some of the kernels mentioned at the recent 2018 summit of ID2020 at UN headquarters in New York City included a digital birth certificate and a mobile phone SIM card. Other ideas have included using blockchain technology and biometric data to certify the identity of a person, and thereby make it impossible for someone else to steal an identity.

However, even biometric data (i.e. fingerprints and iris scans) is not 100 percent safe from hackers. India, for example, launched a huge biometric database for welfare payments back in 2009, but the system has faced a lot of criticism over potential abuse. Theoretically, a hacker could break into the biometric database, steal someone’s identity and personal information, and use that digital ID to claim benefits due to someone else.

And just about any financial services transaction is also exposed to the potential for digital ID fraud. In the United States, for example, there are many examples of how hackers are looking for ways to steal social security numbers and other forms of ID in order to file tax returns on behalf of someone else, open up credit cards or bank accounts in other people’s names, and get loans from banks using fraudulent identities and stolen personal data. So, presumably, digital identity systems would have to prove that that they offer ironclad security against a data breach before they could be rolled out to a wider population.

Moreover, the development of digital identities will have to assuage growing concerns that government entities could use a digital ID to conduct mass surveillance on the population. That was one of the major concerns in India, in fact, where some believed that citizens were trading away their privacy in exchange for health benefits. And the need to protect personal privacy was also one of the guiding principles of the recent European General Data Protection Regulation (GDPR).

New research showed that developing economies that adopt #DigitalID can grow their annual GDP by up to 13% by 2030. The big caveat is personal #privacy.Click to Tweet

Finally, are some of the economic benefits of digital ID being overstated? According to Privacy International, for example, the economic benefits of digital ID systems are often overestimated. Is GDP growth of 1-2 percent per year really worth all the risks to personal privacy that might ensue? That’s an important question that tomorrow’s legislators and elected officials in some of the world’s most powerful economies will need to answer in 2019 and beyond.