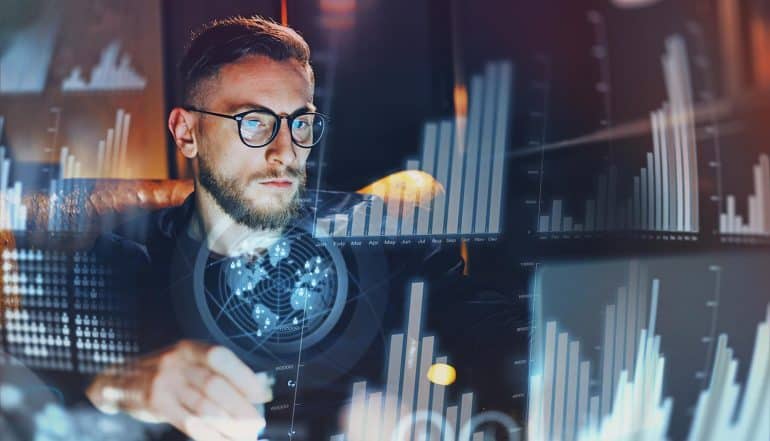 New DASHBOARD Act Could Open the Door For Data Monetization

Within the United States, the call for greater regulation of Big Tech is getting louder and louder, and the next step in reining in big Silicon Valley companies is requiring them to tell users what their data is worth. In an era when companies like Google and Facebook are making billions of dollars from data monetization, it’s now time to see how consumers and users can get in on the action. Personal data has real value these days, and two U.S. Senators – Sen. Mark Warner (D – Virginia) and Sen. Josh Hawley (R – Missouri) – have just introduced a new bill known as the DASHBOARD Act (“Designing Accounting Safeguards to Help Broaden Oversight and Regulations on Data”) that will represent an important first step in data monetization.

The proposed DASHBOARD Act would require “commercial data operators” (defined as tech companies with more than 100 million monthly active users) to fully disclose what type of user data they collect, how much that data is worth, and how that data is shared with third parties involving data collection. Consumers will also have the option to delete or remove individual fields of data that pertain to them. As the DASHBOARD Act is currently written, it is meant to apply specifically to big tech companies such as Google and Facebook that have profited from a vast, sprawling data ecosystem. The idea is simple yet profound: if these companies are racking up billons of dollars in profit every quarter, doesn’t it make sense that their users should be participating in some of the profit upside?

The really interesting provision of the DASHBOARD Act is the requirement that Big Tech companies disclose to users how much their data is worth. Right now, consumers use “free” products from tech companies – but pay for those offerings with their personal data. There are some proxy numbers that the Big Tech companies use to value consumers and their overall lifetime value as a user, but there is no industry-wide benchmark for telling consumers exactly what their data is worth. Under the DASHBOARD Act, the Securities and Exchange Commission (SEC) would be tasked with developing methodologies for calculating the value of user data, and then presenting it in a way that is transparent to the average user. That’s a sharp break from current practice, in which social media companies have, in essence, told users that their data is worthless.

In terms of data monetization, the SEC will have the flexibility to enable businesses to come up with valuation models that make sense for their industry, niche or vertical and then for these data operators to file reports with them. As a result, data monetization in the travel and hospitality industry might look slightly different than data monetization in the social media industry. As the bill is currently written, businesses that adopt these methodologies would then be required to disclose regular details every 90 days on data monetization. A Facebook user, for example, might get an email or Facebook in-app message letting them know exactly how much Facebook sold their data for, and to whom.

In many ways, this reliance on the SEC to value consumer data makes a lot of sense. A number of the big, publicly-traded tech companies already generate metrics and reports about how much their consumers are worth, and some of that data is already publicly communicated to shareholders and investors. For example, Facebook reports on “average revenue per user.” The more users that Facebook has each quarter, and the more that Facebook can share the data of those users with third-party advertisers, the more money it can make. Right now, Facebook says that that the average revenue per user is $6.42 per year. That might not sound like a lot of money, but when you multiply it by 1 billion users worldwide, you can start to see why Facebook cranks out so much profit each year. As Sen. Warner noted, “You are paying with your data instead of your wallet.”

The challenges of data monetization

The problem with the DASHBOARD Act, of course, is that there is no universally agreed way to value data. Data monetization is still very much a “black box” in which a lot of variables and inputs go into figuring out the total value of the data. A lot depends on context, and how valuable the data is perceived to be to advertisers. Presumably, a young, single, affluent user with plenty of disposable income who is “friends” with a lot of brands on social media would be a lot more attractive to a typical advertiser (e.g. a big auto company) than users in other demographic or psychographic groups.

But you can already start to see the issue here with data monetization – it’s more art than science to make sense of how to value unstructured data such as “likes” or “comments.” There is some data that converts very easily to an economic model of users (such as information about purchases or online buying behavior), but other data that might take a lot more analysis to make sense of and generate a final number. Online, some users sometimes sell their data for mere pennies, while other users manage to sell their personal data for thousands of dollars. Presumably, Big Tech companies like Facebook and Google will look for ways to minimize the value of personal data, while consumer advocates and privacy activists will look for ways to maximize the value of that data.

The current regulatory landscape for tech

Importantly, the new DASHBOARD Act is very much a creation of the current political zeitgeist. On both sides of the political aisle, there is suddenly momentum and willingness to regulate the big tech companies. Slowly but surely, the U.S. Congress is chipping away at important privacy issues, and taking new steps to bring transparency to the shadowy world of data brokering. The two U.S. Senators behind the DASHBOARD Act – Sen. Mark Warner and Sen. Josh Hawley – have already partnered on one bipartisan bill (the “Do Not Track Act”), and they are now moving forward with other initiatives as well.

It may seem that consumers are using free products from tech companies but they are in fact paying with their personal data. #privacy #respectdataClick to Tweet

Given the current regulatory landscape for tech, it’s no longer out of the question that we might see sweeping new federal privacy legislation. That will be a landmark piece of national legislation. Instead of a patchwork quilt of laws with clever names (such as the DASHBOARD Act), there will be one, comprehensive law that spells out exactly what companies can – and cannot – do with user data.