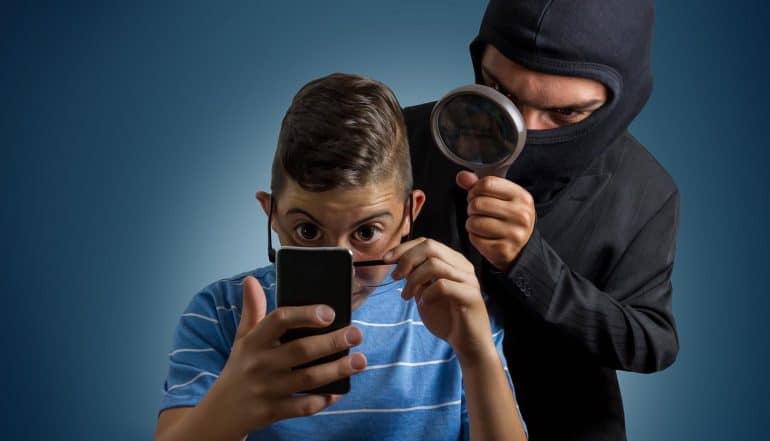 In 2015, more than 13.1 million victims of identity theft have lost control of their lives as a result of benefit frauds, government documents frauds, credit card frauds, etc. The list is long and scary.

Imagine a day while traveling for business, you are being stopped at an airport … The gate does not open … You are asked to follow the police to an office for verifications …. Imagine you are not in your own country … Deprived of your identity documents …. Deprived of your cell phone … Asked to follow the police… To find yourself a few hours later with no explanations in a dark grey cell …. Hours go on and on … And you are still there, no communication, no explanations … But, you know that you have not done anything … You are not meant to be there…. On the wall, you can only read ‘’Yes, you are in jail’’, or ‘’Keep the faith’’ … And, you can’t stop thinking, is this real? How can that happen? Dates … Names …. Messages… All on the grey walls …. You have the time to read them all … Time goes on and on but you are still there… You are still in the cell … No one comes …

While there are obstacles in everyone’s life, such an experience can represent a real trauma.

Research suggests that more than half of individuals share their contact details over social media, including their address, phone number, and of course pictures. While there are ways to protect our personal data with the right controls, people are still highly vulnerable to identity theft with tremendous consequences on their life and persona. Suffering an identity theft, resulting in fraud can lead to severe legal consequences.

The Equifax breach exposed sensitive personal information of 143 million Americans. This is just another example of how consumers and individuals can easily become victims of identity theft. But, this is not an unique incident. We are vulnerable, maybe due to a previously hacked website, like Yahoo, Adobe, or many others.

When legislations are different, new environments are strange, and uncertainties are left behind, people might fall victims to the worse ever scenarios. While we believe, systems are there to protect the individual’s rights, including human rights, identity theft does not have borders. Lacking awareness about the subject is the first reason for such consequences.

Government documents or benefits fraud represents more than 40% of identity theft cases for 2015 in the United States. Credit card fraud reached 15%. Such crimes would carry a maximum fine of $1,000 or so, and a sentence of up to one year in the district jail. Felony credit card fraud in which property of significant value was obtained might be punishable by a $25,000 fine and 15 years in prison. A bounced cheque can lead from one year to several years in jail.

Financial fraud is a criminal offence in several countries, including India, Qatar and the UAE. This includes financial transactions like bounced cheques.

Identity theft can “change” your life

But, how does identity theft impact the victim rather than the thief?

We usually think that legal actions cannot be undertaken without the presence of the individual himself/herself. The right of the defendant to appear in person in court must be measured as a fair trial. But, let’s look at what we call trial in absentia. ‘’Trial in absentia is a criminal proceeding in a court of law in which the person who is subject to it is not physically present at those proceedings. In absentia is Latin for “in the absence”. Its meaning varies by jurisdiction and legal system.’’

Lacking the information of being accused in a foreign country might present only a starting point of consequent events, leading to an international arrest and incarceration.

After being judged in absentia, the country can issue and communicate a warrant to Interpol, an international organization with more than 190 member countries working together to fight crime around the world. However, Interpol’s job is only to find the criminals, after they are defined ‘’so’’ in the country requesting for the judgement.

In 2010, an Albanian chef was convicted of murder in absentia in Italy after becoming a victim to identity theft. The chef was sentenced in absentia by an Italian court in 2006 and sentenced to 16 years in jail for a murder in 2004. When he was released, his words described his happiness, “Tonight I shall be celebrating and then I shall get back to being a chef or something, but I want to move on in my life.”

Let’s look again at how it can happen. Someone does something illegal in another country under your name, you are convicted in absentia, you are under international arrest warrant, and finally you end up in jail.

Such cases are not exceptional. The judicial system applies processes and follows the instructions coming from local jurisdictions. Whenever there is a conviction, there might be a warrant.

Nowadays, there are training platforms offering awareness tips and support on how to protect your digital identity and your real life. Singapore offers a great example of how the government is helping its citizens fight cybercrime and identity theft. With the initiative GoSafeOnline, anyone can freely access information to help them put in place the right controls, approaches, and measures to protect themselves online. The initiative aims to address concerns around the digital identity and to provide people with the right support to develop and build a responsible presence online. Alongside these cyber awareness efforts, the Cyber Security Agency has also collaborated with the Personal Data Protection Commission to increase cyber awareness, including personal data protection.

#identitytheft in the digital world can have devastating consequences on your real life.Click to Tweet

There is an opportunity for all of us to contribute to the efforts, expand the messages and share the responsibilities.