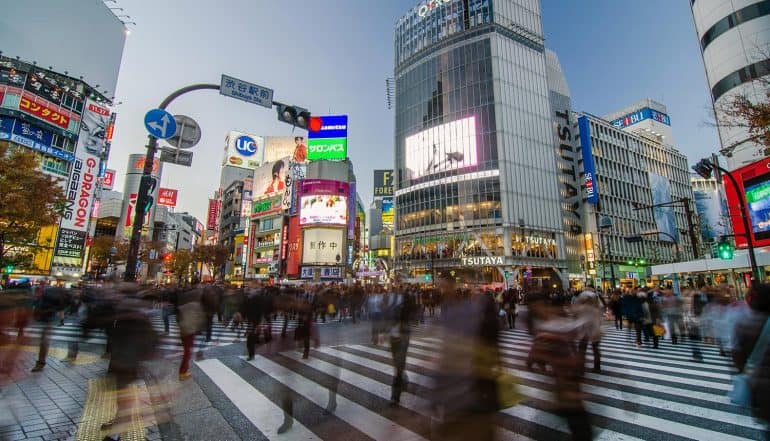 Is Access Control the Key to Truly Smart Cities?

For decades smart cards have been the foundation of access management and security systems. They have provided the literal key to physical access control. But times, as Bob Dylan wrote are ‘a changin’. That is not to say that access control using smart cards is going to go the way of the Dodo. In fact, the power of access control is going to start becoming even more pivotal to our experience for smart cities.

The smart cards that are today in use have already evolved far beyond their initial use as methods to ensure secure access. While smart cards are still a lynchpin of ubiquitous access control systems, they are now used in warehousing, healthcare, education, the leisure industry (think hotels), office access and a myriad of different other uses. These cards are not fading from significance – in a recent study by ABI Research ‘Building and City Automation Driving Growth for Access Control’ it is noted that over 250 million smart card units will ship in 2022. This is not a technology that is in decline.

However, there are other technologies that are set to outstrip the smart card. This is after all a technology that was patented in the late 1960’s. It has remained popular because it is similar to the mousetrap or wine bottle opener. It is perfect for the job at hand. But as with even those two inventions, technology is adding layer after layer of new functionality and data security to access control. In fact, ‘access control’ may be too limiting an idea when one is thinking about the possibilities of related technology. The smart access card is being joined by functionality supplied by RFID, NFC, Bluetooth functionality, biometric identification and is an evolution in smart devices – and lately wearables. We are living in a world where technology convergence is a fact of life.

Today the smart card is on the cusp of evolving from a simple gatekeeping technology onto something that will be integrated into a variety of other systems – including those that will provide the citizens and government with the ability to both enjoy the benefits of smart cities via the personalization of the user experience as well as ensuring that these cities of the future can be managed in the most efficient manner. The utility of the smart cards will increasingly rely on ‘tie ins’ and convergence with other technologies. Consumers are already seeing this convergence in action as homes get smarter and buildings use smart systems for automation and increased efficiency of services and the optimization of environmental controls.

Jonathan O’Flaherty of ABI Research believes that the future of smart cards is in a multiapplication role, leveraging the BYOD (Bring Your Own Devices) trend. According to him, it is ‘technological coexistence’ that will be the driving force behind new innovation and the wave of personalized services that we are seeing today. A wave that has nowhere near peaked. O’Flaherty believes, “market convergence is the natural evolution of the smart card market; be it from a payment, transport ticketing, or ID. As such, using an access credential as the enabling identifying anchor point can lead to large-scale multi-application service enablement.”

Most industry pundits are of the opinion that technologies which compliment the smart card approach will soon become standard in a variety of environments. One of the most promising of these is biometrics. Already biometrics have gained a firm foothold in the access control market – but the uses of the technology are almost limitless. Unlike traditional smart card technology biometrics uses individual characteristics to grant access to either areas or services. It adds a layer of security that is difficult to bypass. However, the idea of retinal scans a la Hollywood blockbusters is only the tip of the iceberg. Smart card technology with built in fingerprint scanning capability is only one of the ways the smart card technology is evolving.

The seamless integration of biometrics based on smart card technology is a dream come true for not only consumers but city management. It holds the promise of a brand-new approach to a myriad of issues that plague the ever more crowded urban areas of the 21st century. From the control of traffic flow to the provision of services and disaster preparedness based on the flow of people across the city biometric based big data is set to make the lives of citizens easier, safer and more convenient. But there is a cost attached.

Who is going to pay the bills in the smart cities of the future?

This evolution holds enormous promise, however there is the vexing question, (especially when it comes to smarter cities and access to services) as to who is actually going to foot the bill for rolling out the next generation of integrated access control for across public and private sector?

The short answer is that it will be those who call the city home who will eventually have to foot the bill. It doesn’t matter if it is local councils who roll out the solutions, (as is the case in U.S. cities that have embarked on smart city initiatives) or national government – the fact of the matter is that the cost will trickle down to the man on the street. Whether it is through the cost of access to the technology itself (purchasing a smart card), or through taxation of one type or another, consumers are going to have to dig a bit deeper in order to enjoy the functionality and convenience of the technology.

However, the cost implications may be slightly less than anticipated. Existing service providers and those with citywide contracts are already investigating the potential of these systems. Economics and competition dictate that if they wish their long-term contracts to remain in place then they will have to sharpen their pencils when it comes to costing the rollout of these new smart city projects. O’Flagerty suggests that, “city councils have the opportunity to tie in their existing suppliers or new service suppliers in direct competition to drive down the price and receive the upgrade to their city systems.”

In the end a hybrid costing model is the most likely scenario – a partnership between local or national government and the service providers themselves. O’Flaherty believes that, “While system operators such as transport authorities and private companies who provide the security or the technology involved will be involved, they would not likely need to finance the entire endeavour as the local/national governing body would be the ones driving the transition for large scale interoperability wherein access control also lies, and as such the convergences of both private and public groups.”

Is convergence a realistic goal?

There are some industry pundits who have expressed doubt whether the convergence and integration of public services based on smart card and biometric systems (such as transport access) and personal space (think of Amazon’s Alexa) is even possible.

The challenge is that there are simply no models on which to base an opinion. There have been no rollouts of large scale smart city projects which demonstrate the idea of the convergence of public and private use of smart card technology. However, even those who have expressed doubt seem to agree that this is the wave of the future. But it may be some time before the concept of city wide convergence reaches maturity.

O’Flaherty believes that, “The idea of a multi-application smart card, based on access control to enact other functions is one that is directly tied to smart cities and building automation. So far, in practice, these are both simplified ideas that have the opportunity to develop further and as such there is the opportunity. It won’t be in the next 5 years where we will see city projects announcing such a smart card scheme, but small closed loop systems for singular buildings or campus like areas will begin to see this type of smart card use. In the long run it is a simplification of multiple services, rather than providing multiple smart cards for various services, having one card provide all the functions necessary.”

The key would seem to be simplification. Rather than have multiple cards for multiple uses across multiple services, a single card would provide ease of use and cost reductions. For smart cities, a single system tying up access to transport infrastructure, billing and various other municipal services would be an ideal solution. Integrating that sort of solution with personalization across the private space, either using some sort of cloud-based architecture would be the holy grail for fans of integration. There can be no question that it would lead to an increased quality of life for the citizens of the urban spaces that are beginning to characterise our lives. Whether or not this would happen within the short to medium term, or even if it is possible (or even preferable to the current systems) is a question that both consumers and urban planners will have to struggle with as we approach the third decade of the 21st century.

Shadow SaaS Is on the Rise in the Hybrid Work Era; Here’s How To Regain Control