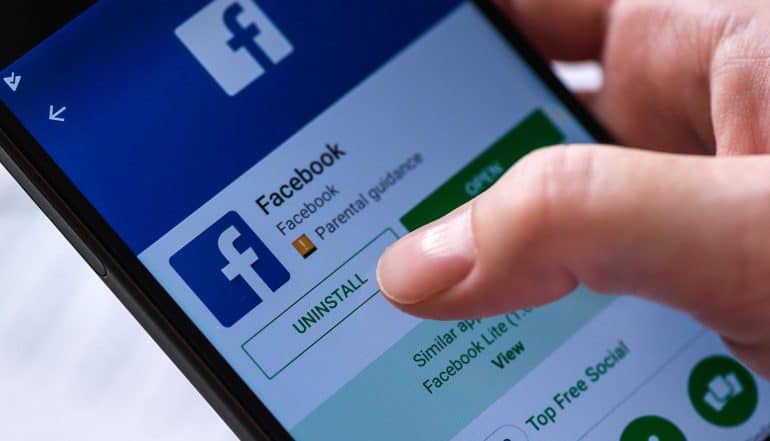 Facebook’s stock took the biggest nosedive of any company in US stock-market history after the storm of data misuse scandals caused slow growth in user numbers. So, are millennials finally seeing the value of privacy as well as convenience? Or are shareholders just panicking? Whatever it is, one thing is for sure, hoarding and misusing user customer data is finally having a negative rather than a positive monetary effect on Zuckerberg’s empire.

It’s not the first time misuse of customer data has caused a direct and shocking blow to company value. Credit-reporting company Equifax saw its stock fall 31% following announcement of a massive data breach in September 2017. Other companies no matter how big or small should take heed. How you handle your customers data, impacts on revenue. If not done correctly, hold your nose, you’re going for a dive. Larger companies on the stock exchange have to worry about their shareholders, but smaller businesses have even more to lose. It is guessed that most small businesses, for example, would not survive a data breach such is the cost of the mop up.

One of the many scandals to come out of the Facebook data probe is that the company was collecting call history and SMS data from Android devices for years. Users, spooked by the privacy scandal, download their Facebook data and some found every single call and text they made on their Android device was stored. It is one of the reasons users left the platform and subsequently lead to a dip in share prices. Bad news for Facebook, but it could be worse news for your company and you wouldn’t even know it yet. If your staff have the Facebook Messenger app on their work phone, Facebook potentially has a stockpile of information on your customers. That’s your customers’ private data on being stored on a third party server that you have no control over.  That’s bad business.  Some companies are wise to such risks and have banned certain apps on their company phones.

If you don’t know where your customer data is stored, you can’t possibly protect it. With an in-house corporate messenger you don’t have to rely on any third party. If you use third party servers, encryption is king. If you were still wondering if the cloud is safe, know that the most cyber paranoid entities in the world, the CIA and NSA, are both big fans and avid users of cloud computing.

The NSA is moving most of its mission data to the cloud, while the Pentagon is planning to use its JEDI cloud to hold top secret US national security data. The cloud will never really be safe, but as long as the data is protected with encryption and passwords, you can stick it in the cloud or anywhere else and no one can steal it or have a peek.

As more companies fall victim to increasingly sophisticated cyber attacks that exploit outdated communications systems, the need for security in business messaging is more pressing. Our savvy customers are moving from having their own VPN to encrypting the content within it in case their VPN is compromised. They now know the value of protecting their own and their customers’ data, and the heavy price to be paid in the event of a data breach.

Every business should have the same attitude; for the company’s sake, for the customer’s sake, and for the shareholders sake.