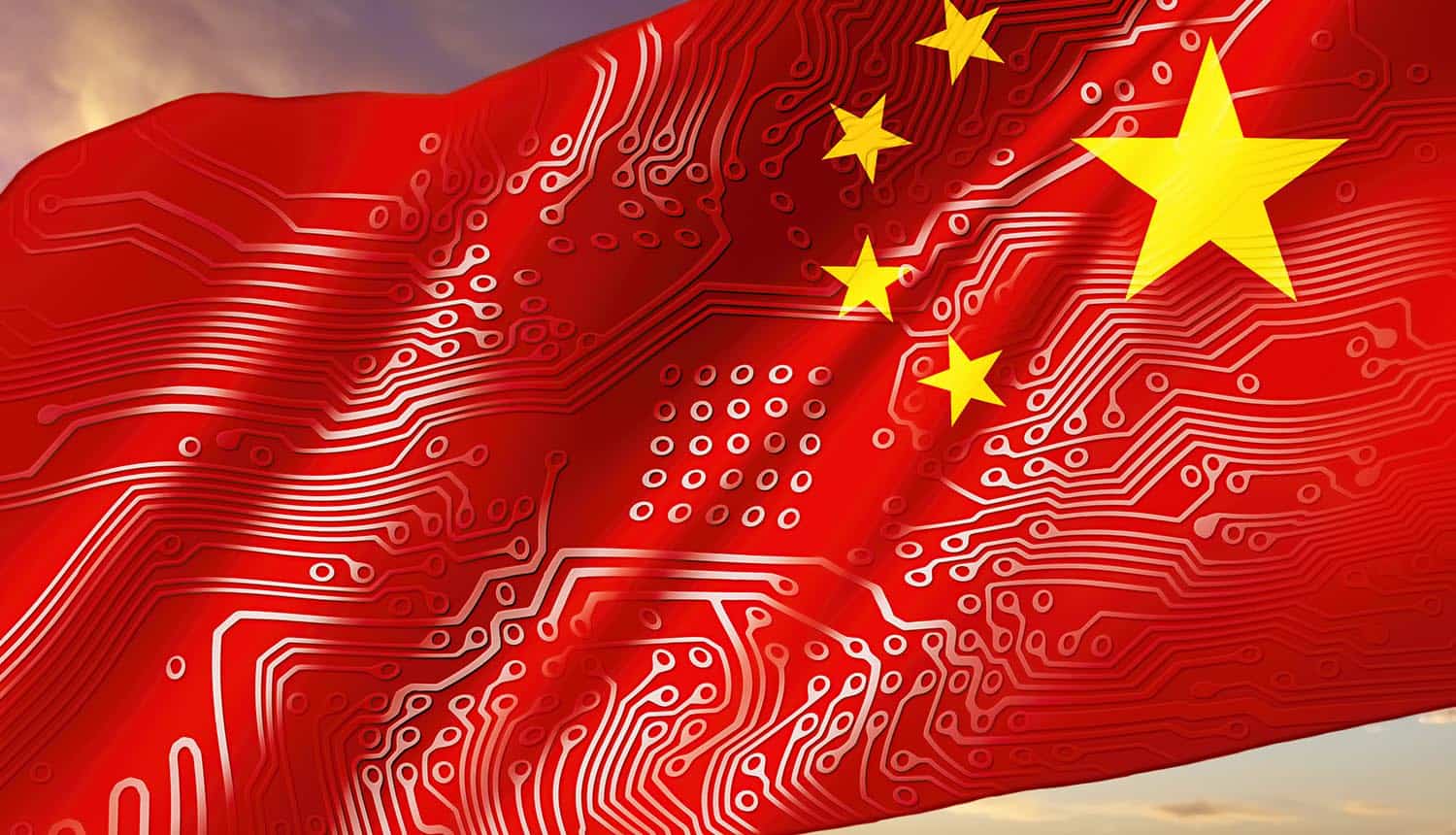 China’s rapidly growing tech economy is now facing some serious questions about the trade-offs involved in the widespread adoption of emerging technologies such as AI. In fact, China’s Ministry of Science and Technology is now leading the debate over the relative benefits and drawbacks of artificial intelligence, with at least some recognition that certain AI applications – such as facial recognition technology – might have some very negative implications for personal privacy. At the same time, other regulatory authorities within China – including the Cyberspace Administration of China – are now taking a closer look at how popular consumer technologies (including mobile apps) might also be going too far when it comes to collecting, using and sharing user data.

The privacy vs. social good AI debate in China

For now, the most high-profile emerging technology within China is artificial intelligence (AI), which is being embraced much more quickly and widely than in the West. For example, Chinese law enforcement authorities are using AI-powered facial recognition technologies to crack down on crime and terrorism, while urban planners and other policymakers are embracing AI as a way to come up with more efficient healthcare, education and transportation solutions. You can think of this as the “social good” element of AI: when used properly and judiciously, with the right privacy safeguards built in, AI has the potential to transform society for the better.

And make no mistake about it – these AI-powered technologies are becoming very powerful indeed. In one highly publicized example, a BBC journalist agreed to be part of a facial recognition experiment in order to see how long it took the Chinese authorities to find him and his exact whereabouts in the city of Shenzhen. As it turns out, it only took 7 minutes to find him. So you can see why some privacy experts and champions of free speech are so concerned – within a matter of a few days, it would theoretically be possible to round up, arrest, or detain all dissidents and so-called “enemies of the state.”

Given all of this uproar in the Western media and in global policymaking circles, it’s perhaps no surprise that China has started to confront the AI debate of privacy vs. social good head on. Case in point: China’s Ministry of Science and Technology recently formed a committee on AI governance that is comprised of some of the biggest thinkers and AI experts in the Chinese tech sector, including the former head of Google China, the CEO of facial recognition technology company Megvii, and the head of AI at e-commerce powerhouse JD.com.

In June 2019, less than four months after being formed, this AI committee helped to come up with a set of 8 different principles for developing responsible AI within China. These principles included the following: harmony and friendliness; fairness and justice; inclusivity and sharing; respect for privacy; secure and controllable; shared responsibility; open collaboration; and agile governance. Even Western critics of China’s AI sector were impressed. Don’t these principles – at least, on the surface – sound a lot like the types of principles that a similar type of AI governance committee in the West would have come up with for an AI company?

AI and the Chinese economy

If you’re a cynic, of course, it’s easy to see how the inclusion of principles such as “respect for privacy” might seem a little disingenuous. But here’s the thing: China is no longer an isolated Communist Party nation with a standalone economy; instead, China is a vibrant member of the global economy, and needs to play by a certain set of rules. China is apparently getting the message that, if it wants to be a global economic superpower, it will have to get a lot more serious about ethics and respect for privacy when it comes to emerging technologies such as AI.

Importantly, China views AI as a very powerful driver of future economic growth. Unlike the first “Asian miracle” – which saw the spectacular rise of Japan and South Korea on the global stage while China remained stagnant – the next Asian miracle involving AI-powered economic growth will include China at the forefront of the boom. In fact, China has already proclaimed that it wants to be a world leader in AI by the year 2030, and that its domestic AI industry will be worth an estimated $150 billion by that time. At the same time, China has already started to protect its biggest tech companies at the forefront of AI research and development, including search engine Baidu (China’s Google), Alibaba and Tencent.

To make that possible, China is looking for ways to catalyze the growth of its AI and machine learning industry. From a Chinese perspective, any Western efforts to cap the development of AI in China are really just a way to handicap future Chinese economic growth. China is very aware that it was slow to industrialize and globalize the first time around, and is not going to be making the same mistake the next time around. Thus, it’s easy to see why the Chinese authorities are slow to impose rules, regulations or laws on the use of AI and its power to make sense of Big Data: as they see it, these rules and regulations will only restrict the development of the AI industry, and potentially put Chinese companies at a competitive disadvantage with the West.

This might sound a lot like paranoia, except for the fact that this same scenario seems to be playing itself out in the area of 5G networks. 5G is another emerging technology with huge economic and societal implications, and the West appears to be taking steps to undercut, handicap or neutralize the growth of China’s biggest 5G network operators, especially Huawei. The U.S. has been particularly vocal about the national security and privacy risks posed by Chinese 5G network providers, and has been encouraging its allies to stop the installation of Huawei 5G networking equipment. If this strategy proves successful for the U.S. when it comes to 5G, what’s to stop the U.S. from employing a similar type of strategy when it comes to AI?

China and the mobile apps debate

While China might claim that U.S. fears over AI being used for authoritarian purposes are overblown, the fact remains that China’s information technology companies have a very spotty history when it comes to protecting personal privacy. The easiest place to see this is with mobile apps, where even Chinese regulators – not just consumers – are starting to get very concerned about how much data these mobile apps are collecting, and how they are sharing all of these data with other third parties.

Most notably, one of China’s top Internet watchdogs – the National Computer Network Emergency Response Technical team (CNCERT/CC) – recently came out and warned that China’s mobile apps creators are becoming too abusive in terms of how much data they are collecting. In its latest report (issued every six months), the CNCERT/CC warned that “data-hungry” apps were becoming a risk to consumers. As an example, the report pointed to the example of food delivery apps suddenly asking for permission to access a user’s photos or videos. Why, exactly, would a food delivery app need to see photos on your camera roll?

Moreover, the Cyberspace Administration of China has also gotten involved with the debate over mobile apps, warning that Chinese mobile and social media developers must curb excessive data collection. It’s not just that these apps are collecting too much data – it’s that they are collecting data completely unrelated to the purpose of the app. One concern, of course, is that they are simply collecting all this data in order to turn around and sell access to this data to third parties. But a more insidious scenario is that these mobile apps are becoming a backdoor surveillance mechanism for the Chinese state with real-time monitoring capabilities. What better way to check up on your friends and acquaintances, than by perusing your camera roll? Imagine political dissidents and critical journalists opening up their entire network of friends and family to scrutiny by the state every time they order a pizza for delivery.

And, of course, Chinese consumer associations are also warning of the perils of mobile apps in China. According to the Chinese Consumers Association, mobile apps collect way too much information. Of 100 mobile apps analyzed, 90 of them pushed the boundary of what is acceptable to collect from users. This Chinese consumer body noted that apps in several key verticals – travel and hotel, cloud storage and wealth management – were particularly bad when it came to collecting personal data and personal information. In exchange for getting access to cloud storage, for example, a mobile apps user might need to give up location data, contact lists, or mobile phone numbers.

As might be expected, the Western media has taken this debate over Chinese mobile apps to an entirely new level of speculation and paranoia. Media giant CNBC, for example, recently warned of the perils of using popular Chinese camera apps. If you use a popular Chinese camera app like Meitu (which enables you to beautify selfies and other photos), you might be opening up yourself to scrutiny by the Chinese state. If you use the popular app TikTok (now one of the fastest growing mobile apps in the world), you might be unknowingly subjecting yourself to surveillance by shadowy Chinese intelligence organizations.

That’s because, say Internet experts, Chinese tech companies are almost powerless to stop data requests from the Chinese government. If the Chinese state requests information about a certain user, the odds are pretty good that a Chinese tech company (especially an upstart mobile apps company) will simply turn over the information requested, no questions asked. That’s why, for instance, there is so much concern over Huawei setting up 5G networking equipment worldwide. Experts fear that Huawei is really just a “front” for the Chinese government, willing to embed back doors into any of its technology if it can be used to further Chinese national security or surveillance objectives.

The future of AI and mobile apps in China

Thus, as can be seen, AI and mobile apps are two tech areas where privacy concerns are highest. In both cases, data protection standards appear to be lower than in the United States. And, in both cases, respect for personal data and personal privacy appear to be lower than in the West. It will be up to the Chinese government to prove that it is embracing international norms when it comes to the further development of these technologies.

And, it certainly doesn’t help matters right now that the U.S. and China are embroiled in a mounting economic trade war, in which any debate over surveillance technologies or personal privacy might plausibly be used as a negotiating tool by the West. For now, at least, the burden of proof is on the Chinese authorities and Chinese tech companies. For top AI and mobile apps companies from China to gain global acceptance, they will need to show that they are fully committed to respecting personal privacy.