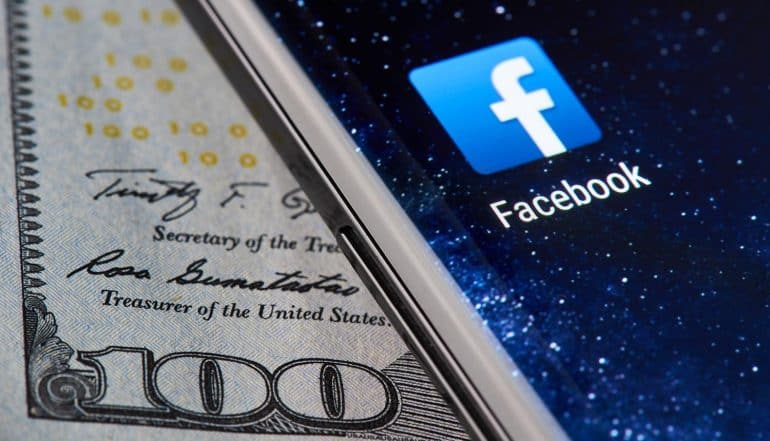 The latest buzzword in Wall Street investor circles is “content governance.” In other words, social media companies like Facebook are increasingly being held responsible by regulators and lawmakers for how they govern the user-generated content appearing on their platforms. Facebook investors are understandably concerned: content such as hate speech, fake news, sexual harassment, racism – all of it could open up Facebook for significant legal and regulatory risk if things aren’t cleaned up soon.

Thus, it’s perhaps not surprising that the latest Facebook shareholder meeting has been described by some Facebook investors as “chaotic.” Investors were not at all pleased by all the scandals and controversies surrounding Facebook, and how the leadership team led by Mark Zuckerberg and Sheryl Sandberg seems to be doing or little or nothing to assuage their fears. The latest New York Times story, which showcased how Facebook has data sharing partnerships in place with major device makers, exacerbated matters even more.

One institutional investor at the meeting for Facebook investors, in fact, even went so far as to compare Mark Zuckerberg to Vladimir Putin for what some perceive as Zuckerberg’s authoritarian approach to running Facebook. From this perspective, Zuckerberg has carefully used his huge stake in the company to prevent any institutional investors from mounting a serious challenge to his control of Facebook or from implementing any large-scale changes.

Content governance is the new buzzword for big investors

What’s interesting to note here is that, just two months after Mark Zuckerberg testified in Washington about the company’s data policies – content governance – and not data privacy – seems to be what’s on everyone’s mind these days. Investors with a stake in Facebook, or who control a significant number of shares in Facebook, are apparently more concerned about the content appearing on the social media platform, and less concerned about how the company is using data and information from users. The logic here is simple: if Facebook is fined or penalized by the federal government for user-generated content appearing on its site, it would have significant negative pressure on the company’s stock price.

Maybe this change in thinking has to do with the fact that it’s much easier to wrap one’s head around a topic like “fake news” or “election interference” than it is to wrap one’s head around data privacy. No doubt, some of the institutional investors raising the alarm bells at Facebook are big Facebook users themselves, and may be disturbed by what they see as the proliferation of fake news and hate speech across the social networking platform. Hence, the heightened concern about content governance.

Or maybe it has to do with the fact that data privacy legislation is very much on the long-term horizon, while content governance legislation is already here. The one piece of legislation that has investors spooked is known as the “Allow States and Victims to Fight Online Sex Trafficking Act,” or FOSTA, which recently became law. According to FOSTA, website operators – and that would include Facebook – can be held liable for any user-generated content that “promotes or facilitates prostitution.”

Wait a second, you’re probably wondering. What in the world does prostitution and sex trafficking have to do with Facebook?

The problem, quite simply, is that FOSTA could set a legal precedent and completely change the playing field for Facebook. For 20 years, the Digital Millennium Copyright Act (DMCA) has protected social media companies from being sued or prosecuted for content appearing on their platforms. For example, if a Facebook user posted disturbing images and videos of sexual exploitation, the courts would go after the user and not the platform. Even if thousands of Facebook users were posting about sex work or becoming sex workers, or even worse, posting about their sex trafficking victims, Facebook would bear no legal risk.

But that has all changed with FOSTA, which received bipartisan support in both houses of Congress before being signed by President Donald Trump. After Trump signed the law, the whole scope of criminal prosecution changed. Suddenly, the feds could go after social networking sites like Facebook (or just about any other interactive computer services) for sexual exploitation and sexual harassment.

And, say Facebook investors, the federal government might not stop there. You can think of this as a slippery slope. Now that FOSTA is on the books, why not a similar law for sexual harassment, racism, fake news or election interference?

Some have even warned that we could be seeing the first signs of free speech being censored in America. Online services are now going to be spearheading the charge to clean up their websites, fearful of any investor backlash.

With that in mind, it’s much easier to see why FOSTA is accelerating fears about content governance. If you are an institutional investor, venture capital firm, private equity firm or just an average person with an investment in Facebook, your money is suddenly at risk. What happens if Facebook gets slapped with fines, lawsuits and penalties? In just a single day, $15 million of wealth (or more) could be wiped away from the company in public markets.

Facebook fears are spreading to other Silicon Valley companies

Not surprisingly, the concerns about content governance at Facebook have now hit other big Silicon Valley companies such as Google as well. The latest example is Alphabet (the parent company of Google). Large institutional investors confronted the company’s leadership at a June 6 shareholder event, demanding to get answers to their content governance concerns. Facebook investors, it turns out, are not the only ones concerned about the type of content appearing online.

In the case of Google, the real fears about content governance centered on YouTube, which has been inundated by fake news and claims of election interference (i.e. videos posted by Russian bots). One large institutional investor, Arjuna Capital, even issued press releases in which it claimed that “Google faces an existential threat” from the type of fake news, hate speech and racism appearing on YouTube.

In a worst-case scenario, say Google and Facebook investors, fears about content governance could lead to ad revenue drying up as sponsors become too afraid to advertise on such a toxic platform. No ad revenue, no profitability. The logic of Facebook investors is clear – content governance, if not taken seriously, could lead to the downfall of companies in Silicon Valley.

So there you go – the fears over data sharing policies and data privacy are being replaced by fears over content governance at social media companies. Large investors, including many Facebook investors, have seen that the federal government is very unlikely to move on any omnibus privacy legislation anytime soon. However, the federal government is already marching on the content governance front, and those legal and regulatory risks appear much more real to investors.