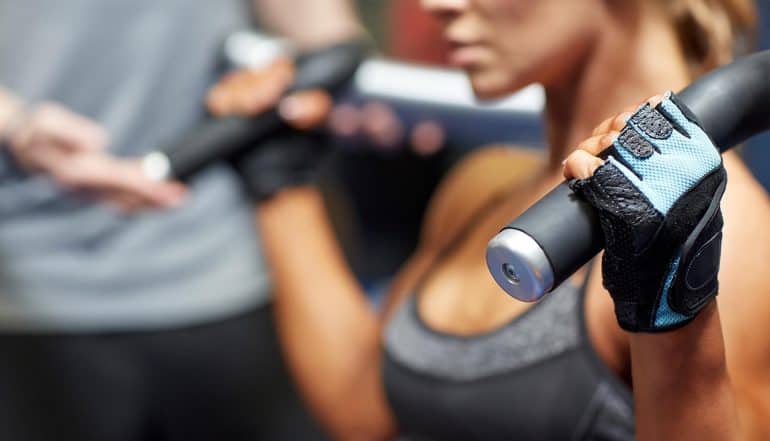 While many companies may privately complain about how Facebook is using the data of their customers, it is the rare company that actually complains publicly. Facebook is simply too big, too ubiquitous and too powerful to challenge on a topic like data privacy. At least, that was the conventional wisdom until fitness brand CrossFit decided to delete Facebook and Instagram accounts. All activity on Facebook and Instagram will be suspended “indefinitely,” with all social media activity migrating over to Twitter and YouTube. The list of grievances cited by the CrossFit executive team included many issues related to user privacy and the way that Facebook collects and shares user information.

Training and fitness brand CrossFit has always positioned itself as an anti-establishment voice willing to challenge the status quo and support libertarian political issues. But even fans and supporters of the brand were shocked to find out that the decision to delete Facebook and Instagram was going to happen, effective immediately. As of May 24, all social media activity related to these accounts was halted. Users of these platforms trying to find the accounts would instead find messages like “User not found.”

So why did CrossFit decide to delete Facebook and Instagram? In a blog post for the company’s Morning Chalk Up blog, CEO Greg Glassman provided a long list of grievances against Facebook. Chief among these was the concern about the way Facebook collects and aggregates user information. The way Facebook then shares this data would give any person reason to pause. Not only is Facebook sharing this information with state and federal authorities within the United States, says Glassman, but Facebook is also sharing this data with “security organizations from other countries” (i.e. foreign government agencies). Another major concern is that Facebook is at least complicit in massive surveillance on U.S. citizens as part of the notorious PRISM surveillance program. And CrossFit also believes that not only is Facebook censoring the type of information that appears in news feeds, but also it is employing the social media equivalent of “truth squads” to censor, remove and delete any content (all based on unknown criteria) that does not fit the worldview of the “utopian scientists” at Facebook.

The proverbial “straw that broke the camel’s back” that caused CrossFit to delete Facebook was the recent decision by Facebook to pull the plug on an enormously popular Facebook group (Banting 7 Day Meal Plans) with over 1.65 million members. This Facebook group is completely unrelated and unaffiliated by CrossFit, but shares many of CrossFit’s basic beliefs about nutrition and diet. As CrossFit sees it, the food and beverage industry is systematically pushing its own view of nutrition and diet, and Facebook is working in concert with these huge corporate interests in order to silence any voices that are challenging the conventional narrative. CrossFit believes Facebook is now seeking to remove user accounts based on the way they talk about health and nutrition.

By sticking up for Banting 7 Day Meal Plans, CrossFit hopes to bring greater public scrutiny and analysis to all the various levers that Facebook can use to shape content on the social media platform. For example, by tweaking its news feed algorithm, Facebook can help to ensure that certain types of content is not seen by a large group of people. By systematically “de-platforming” any group or individual who challenges the status quo, Facebook can ensure that any “dangerous ideas” never make it past a small group of people.

But that is really the brilliance of this move by CrossFit – by acting so swiftly and so suddenly, and by recklessly pulling the plug on Facebook and Instagram, CrossFit is sending a very important message: issues like data privacy and freedom of speech matter much more than making a profit. As CEO Greg Glassman noted, “They can’t take CrossFitters and package them up for sale.”  The decision to delete Facebook – while painful in the short-term – might actually be better for the brand and the CrossFit community in the long term. As Glassman noted in his long list of grievances, “Facebook is… complicit in the global chronic disease crisis” by continuing to censor voices with alternative views of health and nutrition. Thus, if CrossFit did not stand up now, then it, too, would be complicit in this global disease crisis.

The big question now, of course, is whether other companies will follow the example of CrossFit. A number of high-profile companies, all acting together to boycott Facebook and other social media platforms that do not respect data privacy, could form the vanguard of a very important political movement. Perhaps the only way to get Facebook and other Silicon Valley tech giants to respect data privacy is by boycotting the platform entirely. It’s one thing to complain in public about Facebook, or to threaten to delete Facebook – it’s another thing entirely to leave a platform entirely, even when it impacts your business bottom line.

It will be interesting to see if other companies follow the lead of CrossFit, or if they take more of a “wait-and-see” approach. Clearly, the pressure is mounting on Facebook to atone for its past mistakes and the way it sells user information. For the past year, Facebook has been under pressure by politicians, regulators and data privacy advocates. Now, the lifeblood of the company – the users who pay for ads on the social network and all of its algorithmically conjured advertising categories – might be abandoning Facebook forever in favor of other more privacy-centric platforms. That might be the final step needed to get Facebook to take data privacy seriously.