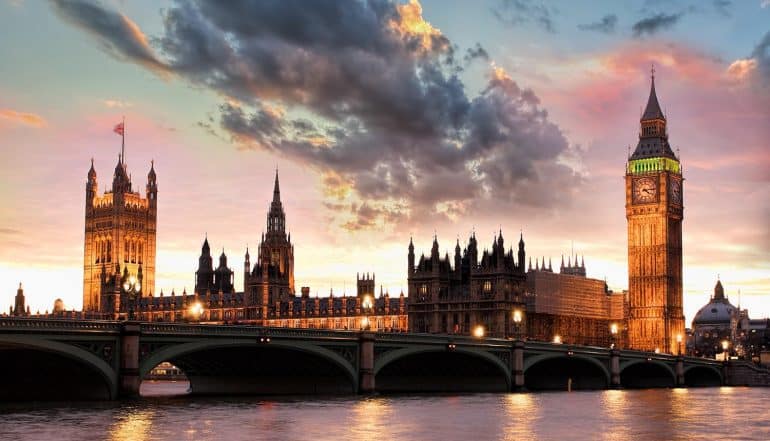 A new report on disinformation and fake news published by the UK Parliament’s Digital, Culture, Media and Sport Committee offers a scathing review of Facebook’s business practices and business model. At one point, in fact, the 111-page report refers to Facebook as “digital gangsters” for the way that the company has brazenly overstepped its business boundaries and refused to give a straightforward account of its business operations to top UK government officials.

Key findings of the report

In reviewing Facebook’s approach to date for dealing with disinformation and fake news, the report noted that “the age of inadequate self-regulation” needs to come to an end. Facebook has been given every opportunity to deal with fake news and disinformation, but at every turn, has either sidestepped making any major changes or simply continued on with business as usual. In fact, the modus operandi of Facebook appears to be to “maximize revenue at all costs,” even if those costs are user privacy and user trust.

In order to maximize revenues, the report notes, Facebook has turned a blind eye to disinformation and “dark adverts” coming from unidentifiable sources that might include large state actors such as Russia. In doing so, Facebook and other big tech companies have failed in their “duty of care.” In other words, Facebook has been hiding behind the mantra of “we’re just a platform” for too long, and needs to accept more responsibility for what type of content gets published to Facebook on a daily basis.

Where the report used its most critical language is when it assessed the role of Facebook CEO Mark Zuckerberg. According to the report, Mark Zuckerberg has failed to show levels of leadership and responsibility that would be expected from the head of a company with 2 billion users worldwide. In fact, Zuckerberg was called to task for enabling Facebook to behave in the same manner as “digital gangsters,” with rival companies repeatedly being threatened to have their data turned off if they failed to comply with Facebook demands.

While the report was originally launched in September 2017, it took on particular urgency in the wake of the Cambridge Analytica scandal in March 2018. At that time, news broke that Facebook had failed to clean up any of its data-sharing practices with third-party developers and had failed to abide by a regulatory consent agreement dating all the way back to 2011 that attempted to hold Facebook to account. From the perspective of the report’s authors, the Cambridge Analytica scandal was particularly embarrassing because it involved a UK company blatantly trading in personal data gleaned from Facebook in order to impact election results. This called into question not only the result of the 2016 U.S. presidential election, but also all British elections dating back to 2014 (including the Brexit vote and the Scottish vote to leave the UK).

Key suggestions of the report

For example, the report’s authors repeatedly suggested that Facebook gave “incomplete, disingenuous, and misleading answers” whenever possible, mostly to avoid any type of regulatory oversight. Moreover, whenever Mark Zuckerberg was asked to appear in person to describe the company’s business practices, he instead sent junior subordinates who were not able to give the depth and sophistication of answers needed to make an accurate assessment. Moreover, the report notes that this was almost done on purpose – to ensure that regulators could not really peer deep inside the company to figure out what was happening. The Chairman of the Digital, Culture, Media and Sport Committee, Damian Collins, even said that Facebook (and more specifically, Mark Zuckerberg) should be held in “contempt” of Parliament and the UK’s parliamentary democracy.

In fact, says the report, Facebook “purposefully obfuscated” what was happening on the platform around the time of the 2016 elections in the UK and United States. And, by failing to see who was posting content on the platform, and to track just how easily foreign actors such as Russia or China could influence the platform, Facebook left elections “vulnerable to foreign interference.” These concerns are so great, in fact, that the report recommends revisiting every major election since the 2014 Scottish referendum in order to assess how foreign influence and disinformation might have swayed those results.

The impact of Facebook and other social media giants on election results is so great that the committee that authored the report also suggests that UK election laws are no longer “fit for purpose.” In many cases, they should be completely re-written from scratch in order to update them for modern digital realities.

Part of updating the current thinking involves the creation of a brand new category of company to describe Facebook and its rivals. Until now, Facebook has been referred to as a “platform” and a “publisher.” But it is clear that Facebook plays a much greater role than either of these, and is sort of a hybrid tech company-publisher-platform that requires its own specific rules and responsibilities.

For now, the report suggests that the UK’s Information Commissioner’s Office (ICO) should take on primary responsibility for acting as the “sheriff” in the “Wild West of the Internet,” It’s not fair that the ICO should try to take on Facebook and other digital gangsters with current resources and funding, so the report specifically noted that ICO staff should have much greater training and that there should even be a tech levy of 2 percent in order to pay for the extra workload of the UK regulators.

And, finally, as part of the extensive changes and revisions suggested by the report, there were also suggestions for social media users. As the report on fake news and disinformation noted, there need to be “more obstacles or friction” so that users have more time to consider what they are writing, sharing or liking. It’s far too easy for  fake news to go viral, or for disinformation to enter the popular mainstream, on social platforms such as Facebook. Thus, the report suggested that there should be “techniques” to slow down online interactions.

Democracy is at risk from digital gangsters

The big picture, of course, is that democracy is at risk from companies like Facebook that behave like digital gangsters. And, in fact, there are many similarities between Facebook’s behavior and recent violations and the way that “traditional gangsters” act.

In the same way that traditional gangsters might extort money from rivals as part of a “protection racket,” Facebook has been willingly and knowingly extorting money from software developers, app developers and rival companies. If these companies are unwilling to play by certain rules and give Facebook the proper share of their profits, then Facebook will act to starve those companies of access to user data. That is at the root of the dispute between Facebook and the software developer firm Six4Three, which claims that it was “starved of data” from Facebook as soon as it became too successful.

Moreover, Facebook’s behaviors have a lot in common with the way that international crime syndicates work across borders, spanning every corner of the globe in order to keep the money flows coming. Traditional gangsters, just like digital gangsters, feel that they are above the law of any nation and are free to do as they please wherever they like. This is certainly the case with Facebook, which has largely considered the Internet to be a borderless realm in which they do not have to face the laws and regulations of any one state.

And, just like traditional gangsters, digital gangsters embrace a variety of dissembling and obfuscating techniques in order to cover up the true business practices they are using to make money. Thus, traditional gangsters from the Italian mafia might set up an Italian restaurant that acts as a “front” for a variety of other cash-generating illegal activities (such as prostitution, gambling or the sale of drugs) – much as digital gangsters set up social platforms as a “front” for their illegal trade in user data and personal information.

In many ways, the Silicon Valley tech mantra of “move fast and break things” (first popularized by Facebook CEO Mark Zuckerberg) is incompatible with the way modern democracy works. When you move fast and break things, the emphasis is on breaking the rules and asking for forgiveness later. But is that the way democracy is supposed to work? When you fundamentally assert your right or privilege to break the rules without any lasting consequences, then you really are no different from traditional gangsters, who keep breaking the rules until they finally get caught.

Next steps for the UK Parliament

Certainly, the UK Parliament now has a lot to consider about the way that digital gangsters like Facebook operate in the online world. In the wake of the Cambridge Analytica scandal, and the questions and concerns over the way big tech companies might have exposed British parliamentary democracy to outside attack and influence, the time is now for independent regulation of social media platforms. The report correctly notes that the era of self-regulation is over. The only way to hold companies like Facebook to account is by subjecting them to meaningful regulation and support from agencies such as the ICO.

For its part, Facebook spokespersons have said that they are open to meaningful regulation. And, in a half-hearted way, Facebook has attempted to show that it has reformed its behavior and is no longer capable of acting like a gangster in the online world. For example, the company is now requiring much more information about any political ads or political content that appears on its platform, even going so far as to archive all of this information for seven years.

And, to make it much easier to spot fake news and disinformation, Facebook says that is now has 30,000 people worldwide who are working on abusive content. (Many of these work in Germany, which has implemented a tough new law requiring social media platforms to remove any hate speech within a period of 24 hours or face onerous financial penalties).

Facebook also says that it is now using machine learning and artificial intelligence as part of a high-tech way to police its content. Facebook also rather smugly noted that it was “pleased” to have contributed to the UK parliamentary report – almost as if the Silicon Valley giant were doing parliamentary officials a favor rather than being the subject of the report.

But is it enough? Certainly the recommendation for electoral law reform hints at the idea that large, broad-based changes need to be forthcoming. Simply making a few incremental changes around the margins is not enough – what is needed is a modernized interpretation of everything from electoral law to reporting requirements for companies like Facebook.

To support the committee on Digital, Culture, Media and Sport, Facebook CEO Mark Zuckerberg needs to be more forthcoming. Greater transparency and openness is the key, not more obfuscation and dissembling. That is perhaps the only way to take away the incentives for Facebook to behave like digital gangsters.

This new parliamentary report is an important step in helping to rein in companies like Facebook. An early interim report on Facebook’s business practices mostly produced yawns, but this parliamentary report is much meatier. In tech circles, words like “scathing” are being used to describe it. And the fact that Committee Chairman Damian Collins chose to use the term “digital gangsters” was no accident – he wanted this report to reverberate far and wide. If it works to curb some of Facebook’s most abusive practices and reduce the amount of fake news and disinformation on the Internet, then it will have served its purpose.