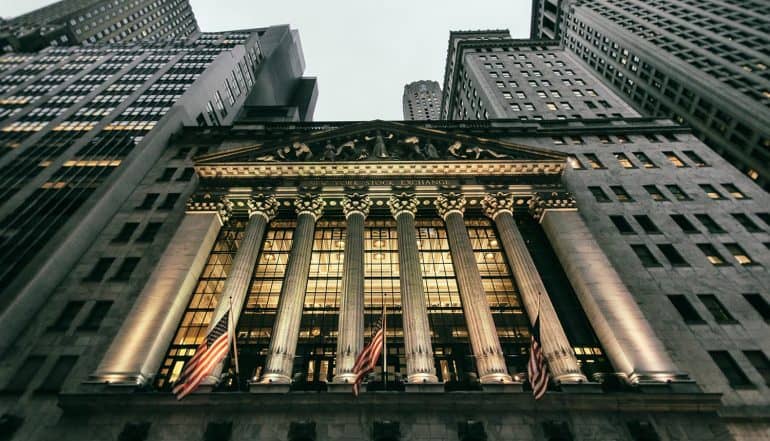 After Facebook CEO Mark Zuckerberg’s trip to Washington to answer questions from top Congressional lawmakers in April, the hope was that the Silicon Valley tech giant would double down on efforts to tighten up privacy on the social network, as well as work alongside legislators on sweeping new rules that would make Facebook a safer place for users and their data. But that doesn’t seem to be the case at all.

In fact, in the period since Zuckerberg went to Washington, investors on Wall Street have sent shares of Facebook soaring. At the beginning of April, shares of Facebook were trading around $160 on the NASDAQ. One month later, shares are pushing towards the $180 mark.

The easiest way to explain this surge in Facebook’s stock price is that shares are being pushed higher on some sort of “relief rally” – in other words, investors are so relieved that Facebook appears to have escaped relatively unscathed from the Washington Congressional hearings that they are bidding up the price of the stock. The fear had been that the U.S. government might fine, sanction or otherwise penalize Facebook for its lack of regard for key privacy issues.

But something else happened in April that was far more important than the Washington hearings – at least from the perspective of Wall Street. On April 25, Facebook released its quarterly earnings, and the numbers were spectacular. Advertising revenue was up 50% on a year-over-year basis. Income from operations was up 64% on a year-over-year basis. And both the number of Daily Active Users and Monthly Active Users continue to grow at a double-digit (13%) rate. Does that sound like a company that’s in imminent trouble?

If you look at a chart of Facebook’s stock, you can immediately see how Wall Street reacted – in the span of a single day, shares of Facebook shot up from $159.69 to $174.16. Clearly, Wall Street loved everything it was hearing. The message from Facebook was that things are going great. The first line of the press release from Facebook says it all, “Despite facing important challenges, our community and business are off to a strong start in 2018… We are taking a broader view of our responsibility and investing to make sure our services are used for good. But we also need to keep building new tools to help people connect, strengthen our communities and bring the world closer together.”

Notice – the word “privacy” wasn’t even mentioned as something that was top-of-mind for Facebook. Instead, it got lumped into the catchall category of “important challenges.” Moreover, if you read between the lines, it seems like Facebook is much more concerned about “fake news” and alleged meddling in the U.S. presidential campaign than about user privacy. In fact, Facebook is basically sending a coded message to Wall Street: “We know things have been tough recently, but we are continuing to find new ways to grow.”

And, in fact, a week after Facebook released its quarterly earnings, it hosted its annual F8 developer conference in California on May 1-2. Here, too, Facebook seemed to be pushing the message of growth. Facebook CEO Mark Zuckerberg appeared on stage, joked about how things have been rough recently, and then boldly announced a brand new initiative designed to drive future growth: Facebook Dating.

Yes, this is not a joke – in the midst of what has to be the worst crisis in the history of this Silicon Valley tech giant, Facebook was announcing a brand new initiative related to one of the most personal and intimate part of our lives – dating, sex and relationships. Mark Zuckerberg assured the assembled audience that privacy and safety would be built into the new dating initiative from the very beginning, but within days, tech analysts began raising a number of important questions about Facebook Dating.

Facebook assured the crowd that this would not be a “hookup” app. Instead, it would be for the cultivation of “real, long-term relationships.” And to make that possible, Facebook plans to making dating “more community-focused” such that you would be able to find potential matches based on common interests, groups and events attended. In other words, the more that Facebook knows about you, the better it can make the dating service. Rather than telling Facebook less about yourself, you would have an incentive to tell Facebook more!

As might be surmised, Wall Street loved this new dating idea from Facebook. On the same day that Facebook announced that it was getting into dating, shares of Match Group (owner of dating sites such as Match.com and OkCupid) began to drop. On May 1, shares of Match were trading around $47. Days later, they were trading under $35. With that in mind, tech analysts suggested that Facebook Dating might mean the end of rival dating apps. Looking ahead, Tinder (owned by Match Group) might be particularly at risk because it was built on top of the Facebook social graph.

In short, as long as Facebook’s stock continues to rise, the company will have no real incentives to make meaningful changes. In fact, quite the opposite: the company might be forced to continue making bolder and bolder strategic moves in order to keep the growth story alive. The company simply won’t be able to slow down, fix things, and then move on.

This is a story that we have seen before. It is now clear that companies, and even entire industries, are more afraid of Wall Street than they are of Washington. They are only willing to make major structural changes to their core business model if they are given the message from Wall Street that things need to change. After all, there is no better wakeup call than for your company’s stock to tumble 10% or 20% in a single day.