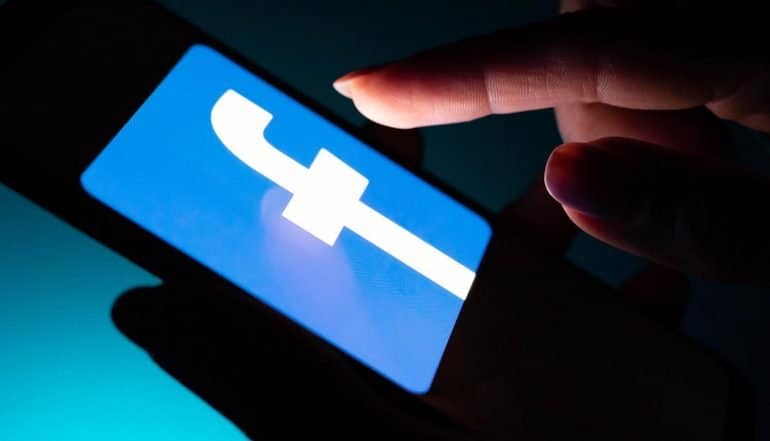 Facebook’s Libra Cryptocurrency Could Have Profound Implications for Personal Privacy

In the never-ending search for new revenue streams, social media giant Facebook is now looking to launch its very own cryptocurrency, known as Libra. While the stated goal of Facebook’s Libra cryptocurrency is to bring financial services to the world’s 1.7 billion unbanked population, and to make it easier and more convenient than ever before to send and receive money around the world, data privacy experts, politicians, regulators, central bankers and government officials are already warning that the latest innovation from Facebook may result in a confusing headache of privacy, financial, political, and socio-economic issues.

In several ways, Facebook’s new Libra cryptocurrency will resemble other cryptocurrencies currently in the marketplace today, such as Bitcoin or Ethereum. Similar to these cryptocurrencies, all Libra transactions will be powered by blockchain technology, which makes it possible to create an immutable, permanent ledger of encrypted transactions. While the dollar amount of every transaction will be a public record, the personal identity of each transactional party will not.

And, similar to other cryptocurrencies, Facebook will make it possible to store these coins in a digital wallet. In this case, Facebook is launching an entirely new subsidiary, Calibra, which will be in charge of creating this digital wallet. In layman’s terms, this digital wallet means that holders of Facebook’s Libra cryptocurrency will be easily able to shift money between any and all of their Facebook accounts (e.g. WhatsApp, Facebook Messenger) as well as to send the cryptocurrency to other individuals with a Facebook account. The decision to create a brand-new subsidiary to handle this was a calculated one, says Facebook, given the trepidation that many people have about commingling their bank accounts and social media accounts. Theoretically, at least, whatever transactions you carry out with the Facebook global cryptocurrency will have no impact on how you use the Facebook social network, or who can target you with ads.

In other ways, though, Facebook’s new Libra cryptocurrency will diverge from the path of other cryptocurrencies. For example, the Libra currency will be backed by a reserve of fiat currencies (e.g. dollars) and government debt obligations. This is why Facebook executives such as David Marcus, who is the head of the new Libra project, refer to Facebook’s Libra cryptocurrency as a “stablecoin.” Theoretically, the trading value of Libra will not fluctuate wildly, since all holders of the cryptocurrency can easily exchange any of their digital tokens into cash at any time. This is a real departure from Bitcoin, which has seen its value skyrocket wildly (both up and down) ever since it was launched in 2008. By creating a stablecoin, Facebook hopes to make Libra a medium of exchange trusted by people all over the world.

And, in a break from convention in the crypto world, the Libra digital currency will be centralized rather than decentralized. A 28-member Libra Association, comprised of tech companies and financial services giants, will govern the cryptocurrency. In addition to Facebook, this Libra Association includes companies such as PayPal, Mastercard, Visa, Uber and Spotify. At the current time, the Geneva-based Libra Association does not include any banks, but Facebook has not ruled out the possibility that banks could join later. Facebook’s Libra cryptocurrency will likely launch in the first half of 2020, and by that time, Facebook hopes to have 100 members in the Libra Association. In stark contrast, other cryptocurrencies such as Bitcoin do not have any type of governing body. In short, nobody owns the Bitcoin blockchain, and it is completely decentralized, meaning that no single entity can ever exert all-powerful control over it.

As might be expected, the scope and ambition of Facebook’s Libra cryptocurrency has made it an easy target for politicians, regulators, and privacy experts. Imagine waking up one day and finding out that one of the world’s most powerful, visible, influential and innovative companies was suddenly planning to launch a new global cryptocurrency that would largely be out of the reach of global regulators. It’s almost a perfect storm of controversy – the combination of a highly controversial company like Facebook, which is known for its privacy and ethical lapses, and a highly controversial sector of the financial services world.

In the United States, California Congresswoman Maxine Waters (Democrat – California), the chair of the House Financial Services Committee, has called for a total moratorium on Facebook’s Libra cryptocurrency, warning that the social media giant should not move forward with any further developments until government regulators can figure out what to do with it. As Waters warned, “Facebook is continuing its unchecked expansion and extending its reach into the lives of its users.”

Given these concerns about privacy and monopoly-like powers, Waters wants Facebook executives to testify in front of Congress and answer questions about user privacy. And showing the bipartisan level of concern about Facebook’s Libra cryptocurrency, Congressman Patrick McHenry (Republican – North Carolina) has warned about the “unprecedented impact” that Facebook’s Libra cryptocurrency might have on the global financial system. At first glance, it looks like Facebook – together with its high-tech partners – is looking to make an end-run around the traditional financial system and create a truly borderless digital currency that would be lightly regulated at best.

Data privacy experts, too, have weighed in on the potential privacy issues that a new Facebook cryptocurrency might create. Given Facebook’s sketchy track record of collecting, storing and selling user data, for example, there are understandable concerns that Facebook could be empowered to create “super-profiles” of its users that would include not only their likes, tastes, behaviors and preferences, but also how they spend their money, and even how much money they have in their bank account. (In this case, of course, the Calibra digital wallet would be a new kind of bank account). From this perspective, the involvement of PayPal, Visa and Mastercard as initial partners in the Libra blockchain project must raise a few eyebrows as well. What if Facebook suddenly had access to all credit card and debit card information about its users, or was able to put together sophisticated profiles that track all buying and transactional behavior of its users?

Of course, Facebook says that it has specifically put into place safeguards that would prevent user data from being used inappropriately. For one, Facebook may be the founding member of the Libra Association, but is still just one voice out of many, which limits its overall power over Libra. In addition, Facebook is taking special efforts to separate social media activity from financial services activity, via the creation of the Calibra subsidiary and related digital wallet project. As Facebook’s David Marcus has noted about Facebook’s Libra cryptocurrency, “You don’t want social and financial data commingled…”

And, given Facebook’s run-in with regulators over data privacy scandals such as Cambridge Analytica – combined with heightened sensitivity to General Data Protection Regulation (GDPR) issues – it’s a safe bet that Facebook’s top executives will be careful at first about how they roll-out the new cryptocurrency. Some have suggested that, given PayPal’s involvement in Facebook’s Libra cryptocurrency, Facebook will position the new offering as a sort of consumer-friendly PayPal 2.0 tailored to the needs and interests of Facebook users.

So if Facebook is not planning on targeting users with ads or selling data to third parties, what possible business goals would Facebook’s Libra cryptocurrency help the company achieve? Some have suggested that the new Libra currency is part of the company’s expansion into developing markets across Asia, Latin America and Africa. From this perspective, the real audience for Libra is not users in Western Europe or North America – it’s the world’s unbanked population of 1.7 billion people. These people lack access to traditional financial services, and as a result, are not able to easily buy and sell online. From this perspective, Facebook’s Libra cryptocurrency would become an incredibly effective way of reaching a huge new user base.

Moreover, some have suggested that Facebook is already working on new ways to monetize the new Libra cryptocurrency. One option might include profiting from user transaction fees (as long as they are lower than those offered by major credit card companies or banks, users might not object). For example, Facebook might be able to offer a very attractive Western Union-style service, making it very easy for families to send and receive money around the world. Another option might be creating an Amazon-stye e-commerce marketplace, in which all transactions for goods and services would be paid for with Facebook’s Libra cryptocurrency. In the past, Facebook has experimented with different forms of marketplaces, clearly with the intention of having users conduct all financial transactions on platforms controlled by the Silicon Valley giant. Given the presence of companies like Uber and Spotify as partners, it’s conceivable that Facebook envisions a world where all ride-sharing and music purchase transactions are settled in Facebook Libra rather than dollars, euros or yen.

At the very least, Facebook’s Libra cryptocurrency would be an effective way of tying together all of its services and offerings in a monopoly-like fashion. Some Facebook users, for example, might decide to ditch their current messaging service for Facebook Messenger if it becomes much easier to conduct business online with Libra. This would serve to entrench Facebook’s market position, and surely attract the attention of antitrust regulators. Facebook is already too big and powerful, and any new powers might make the company an unstoppable monopoly – not just in the United States, but also worldwide. Facebook is already a dominant player in social media and messaging, so why would anyone want to see it also become a dominant player in financial services? Most people probably would not want to have a single company have so much access to data about their wealth and capital. Imagine if advertisers no longer had to make inferences about your personal wealth but could, instead, peek directly at your bank account.

Clearly, then, there are a variety of privacy, political, socio-economic and even ethical issues swirling around Facebook’s Libra cryptocurrency. At one time, Facebook was seen as an innovative, responsible Silicon Valley startup. Now, it is seen as a dangerous monopoly with sinister ambitions on a global scale. As a thought experiment, just consider what popular reaction might be if a major Chinese social media giant (such as WeChat) decided to launch a cryptocurrency of its own. You’d understandably be concerned about how your data was being used, who had access to it, and whether it might be used to impact your ability to do business online. For that reason, regulators are already warning that Facebook’s Libra cryptocurrency might become a new, “massive and dangerous” form of surveillance.

With the launch of Libra, Facebook might completely disrupt the modern financial system, and become an all-powerful conduit of data and information about nearly every person on the planet. Imagine being able to know the most intimate details about a person’s social life, and then being able to peek at their bank account at the same time, and you can see why so many people are so concerned about Facebook’s Libra cryptocurrency. Facebook has broken its promises in the past, and has time after time found ways to skirt rules and regulations in order to profit from the data of its users. Is it really naive to think that Facebook is not planning to do the same with its new Libra cryptocurrency?