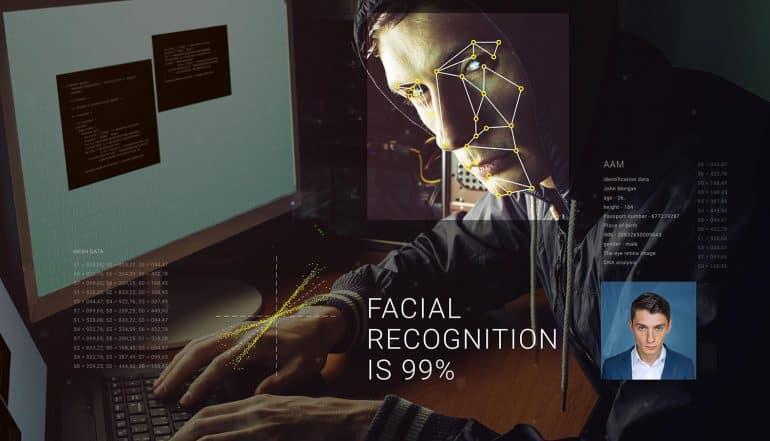 In October 2017, the world woke up to news of an incident described in the Guardian as “the deadliest mass shooting” in modern US history. At least 59 people died and over 570 injured when a gunman opened fire on an open-air music festival from the 32nd floor of the Mandalay Bay hotel on the Las Vegas strip. It is in the wake of incidents such as this one that the world is today now more than ever before very keen on investing in all that is humanly possible, including facial recognition technology and mass surveillance in a bid to reduce the risk of terror attacks and other forms of insecurity.

As facial recognition is being implemented to counter terrorism in the name of national security, people are increasingly getting worried that the technology is infringing on their right to privacy, and at the same time ushering in police states. Some governments are however not taking such concerns lightly, for example in Australia, where Prime Minister Malcom Turnbull recently moved in to assure Australians that they would not be under mass surveillance after state and territory leaders agreed to a beefed-up facial recognition system.

Use of facial recognition technology growing amid concerns

Governments are not the only players in the murky waters of the facial recognition technology and in the ongoing global conversation over mass surveillance and the risks therein; we have companies already in it, and many others are just on their way.

Since August, the German federal police has started a test for surveillance cameras equipped with facial recognition technology to identify volunteers using biometric identifiers at a train station in Berlin. While some privacy advocates believe that such implementations are unlawful and a violation on fundamental rights, others are questioning the real benefits in terms of fighting crime and terrorism. In Moscow, more than 170,000 security cameras are being upgraded with facial recognition technology to conduct image searches to automatically match live footage against billions of photos in police databases and public ones, including social networks like VKontakte, Russia’s equivalent of Facebook.

Beyond crime fighting, use of facial recognition is gaining currency in the commercial sector as well. In China, major banks such as the Agricultural Chinese Bank have embraced the technology, and gone further to increase the number of ATMs accepting customers’ faces in place of the widely used bankcards to withdraw cash.

Other applications are integrating the technology for purposes of improving service delivery. Yizhibo, a leading livestreaming app in China uses AI, facial recognition for content management. They use it to prevent pornography from being displayed in their platform.

Apple is leading the charge within the mobile telephony arena by incorporating their Face ID technology as a security feature for their family of devices. Their new product in the market, iPhone X, comes with a security feature which will use facial recognition data to unlock the phone and power animated emoji faces capable of tracking the user’s facial movements. Apple’s technology secures the biometric data which does not leave the phone, and works better in unfavorable conditions by using infrared light to illuminate the face when capturing images.

Facial data tools are designed to identify an individual biometrically by comparing live capture or digital image; it simply works by measuring the distances between features such as the eyes, nose and mouth, and running the “facial signature” against a stored record of the person. The facial recognition software is currently undergoing a vigorous improvement phase against the backdrop of debate on its effectiveness and whether its mass surveillance nature is a good fit for all. On the other hand, the technology holds promise for countering terrorism and strengthening digital security systems, especially as artificial intelligence increases the accuracy and efficiency of the technology.

Although concerns by those uneasy about mass surveillance technology are vividly increasing, the technology is seemingly here to stay. Since faces may be scanned without you knowing as compared to more intrusive methods like iris scanning, those embracing it must however be trustworthy and exercise a higher degree of transparency. Dylan Gerard, an Executive Creative Director at ICF OLSON observes, “You can’t simply ignore a tool like facial data – it’s too late for that.” The call for responsible use of facial ID tools points to the possibility that the technology is prone to misuse. Members of the public and consumers are concerned that there is a lack of transparency over the kind of data being collected, how it is stored, how it is secured and how it is to be used.

There is also a concern that databases containing data from mass surveillance could be prone to hacking according to Mikhail Zyunzin, a computer expert at the Academy of Computer Systems in Moscow. In his argument, “If the system is hacked by third parties, they could potentially get access to information on where you live, where you go and what routes you take”. Data collected through facial data tools also stands the risk of being used illegally for purposes of marketing and sales initiatives.

On March 22, 2017 a hearing by the Committee on Oversight and Government Reform in the U.S. highlighted among other things that “FTR has accuracy deficiencies, misidentifying female and is often insufficient as a backup and can allow for racial bias.” The committee also noted that “FBI used facial recognition technology (FTR) for years without first publishing a privacy impact assessment as required by law.” The purpose of the hearing was to review the then state of facial recognition technology, its various uses, benefits, and challenges, and to evaluate if legislation was necessary.

The move by the Committee on Oversight and Government Reform clearly indicates that there is a need for governments, law enforcement agencies and companies integrating mass surveillance technology to carry along with them the responsibility of building confidence among members of public and consumers. And at the same time ensure that that their concerns regarding the use of the facial recognition technologies are addressed. Clearly governments should put in place clear pieces of legislation or laws insulating members of public against misuse of the facial recognition technologies.

Companies on their part and in compliance with legal provisions in the jurisdictions of their operations should also develop clear policies outlining the purpose, use, and security of the data collected from their customers through face recognition technology. They should also ensure they communicate expressly when the terms and conditions under which they engage with their customers with regard to data are amended.