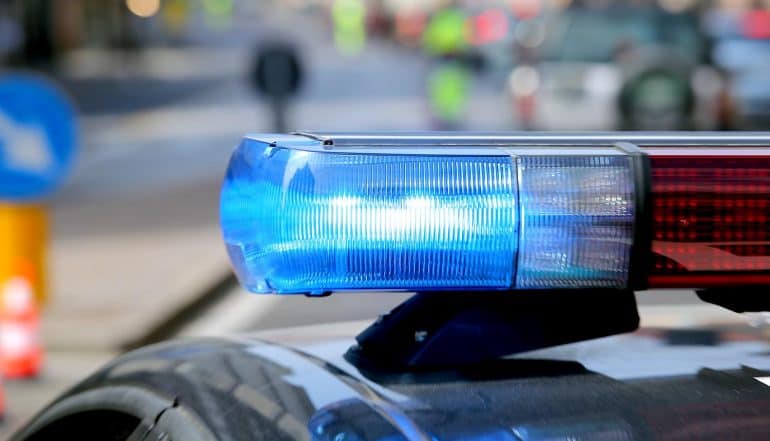 Facial recognition software has quickly emerged as one of the most controversial new technologies in the U.S. marketplace. Privacy advocates, politicians and tech analysts are keeping a careful eye on developments in the space, concerned that the runaway use of facial recognition technology could have very adverse effects on personal privacy. In a worst-case scenario, it might lead to the creation of a mass surveillance state, in which law enforcement officials use facial recognition scans to crack down on not just criminals and terrorists, but also dissenters and political opponents. So it’s perhaps no surprise that recent reports of the FBI and Immigration and Customs Enforcement (ICE) using facial recognition technology with state driver’s license databases in order to locate criminals and undocumented immigrants has generated enormous controversy.

According to a report that first appeared in the Washington Post, a group of privacy researchers at Georgetown University Law School found that FBI and ICE agents are scanning millions of Americans’ faces without their knowledge or consent. It turns out that state driver’s license databases are a “goldmine” of photos for conducting facial recognition scans. All a law enforcement agent has to do is contact the local DMV, and it’s then incredibly easy to scan through the entire database to find a potential match. For example, if an FBI officer has a photo of a crime suspect, all he or she has to do is run a facial recognition scan on a state DMV database, and it’s possible to come up with a name and address for the suspect. And, if an ICE agent is trying to round up undocumented immigrants in order to deport them later, he or she can also take advantage of facial recognition scans. In a surprising number of states, it’s possible to obtain a driver’s license even without proof of citizenship or residency, so that makes the job of ICE officers even easier.

In conducting these facial recognition scans, there’s no need for a warrant, and no need for any official sign-off. In fact, it’s often as easy as sending an email request to a local DMV contact, and getting a reply back in a few minutes. And there’s often no need even to link the request to a serious crime: in many cases, FBI officers are taking advantage of facial recognition technology and access to driver’s license photos for petty theft cases and low-level crimes.

Once the Georgetown law researchers released their findings (all gathered according to public records requests), the public blowback to the controversy was swift and immediate. For example, Rep. Jim Jordan (R – Ohio) complained that no one has ever signed off on giving their photos to law enforcement agencies, and there was never any consent given. Citizens with absolutely no criminal background are now, in essence, being scanned and checked by the FBI for wrongdoing. And, making matters even worse, all of this is happening without anyone’s knowledge (at least, until now). As Rep. Elijah Cummings (D – Maryland) pointed out, these facial recognition scans are “often done in the shadows with no consent.” Some privacy advocates and digital rights groups are now calling for an “all-out ban” on facial recognition technology, concerned that the seeds are already being planted for a massive state surveillance infrastructure.

The reports of FBI and ICE agents tapping into state DMV databases come at a particularly volatile political moment. Under the Trump Administration, ICE agents are being empowered to round up undocumented immigrants and deport them from America. The fear here is that these state DMV databases could become, in essence, a surveillance mechanism for locating these undocumented immigrants and then raiding their homes, based on information found in the state DMV databases. ICE, perhaps sensing just how negatively the public now views their work, did not give any official comment on investigation technology, simply noting that such practices are standard operating procedures for law enforcement agencies, and that further commentary was not possible due to “law enforcement sensitivities.”

The future of facial recognition technology

Thus, some cities have already started to put in place complete bans on the use of facial recognition technology. San Francisco became the first city in the nation to do so, followed quickly by Somerville, Massachusetts. Now, other cities around California might follow the lead of San Francisco, concerned that tech giants based in Silicon Valley are moving too quickly with their use, development and implementation of facial recognition technology.

FBI and ICE agents are scanning millions of Americans’ faces against DMV databases without their knowledge or consent. #privacy #respectdataClick to Tweet

At one time, U.S. citizens had the expectation of privacy. They believed that nobody could intrude into their personal lives unless they gave their written consent. But that no longer appears to be the case. Tech giants are moving forward with facial recognition technology programs, and now law enforcement agencies are upping the stakes even more with large-scale, and completely unprecedented use of facial recognition technology on an everyday basis.