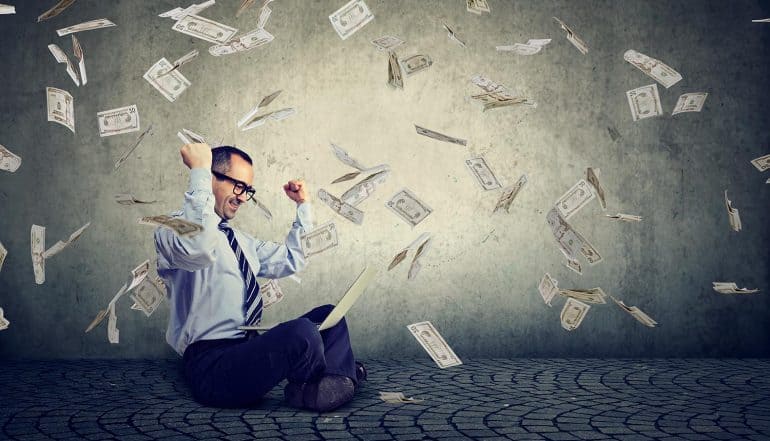 How Facebook Will Monetize Your Data in the Future

As Zuckerbot, I mean, Zuckerberg exhales – or whatever it is robots do to relax – after two days of weak questioning from uninformed, star-struck senators, the world’s still left wondering what Facebook really does with user data and how deep the company’s surveillance operation is. In the meantime, Brexit enthusiasts eagerly await their blue passports and all the wonderful things they will bring, but the future of safe passage could have more to do with Facebook blue than UK passport blue.

I was stuck by two things I’d read recently on your online footprint and traveling, and given the current Facebook hullabaloo surrounding ethics and big data, I saw how The Zuck will remain the king of all cyber data. No matter what future laws and regulations are imposed on Facebook and other data gathering companies, there will never be a law against storing customer data for in-company purposes. They might be banned from passing it on to third parties, but that data will remain Facebook’s and a lot of money will be made from storing it and using it. We’re about to see the creation of a whole new market.

Recently, World Economic Forum released a concept to use people’s digital identity as a tool for “secure and seamless travel”. This document outlines the concept of using “traveler managed” digital identities as a vetting tool to better control the flow of travelers through borders. It doesn’t mention using the traveler’s social media data, so far this is just at concept stage, but what could be a better “traveler managed digital identity” than their Facebook page?

Merging traveling rights with your online life seems even more likely when you look at the recent US announcement that the country will soon request five years of social media history for all visa applicants. I suppose someone’s online behaviors over a five year period is good indicator of who they are and how likely they are to be dangerous. It’s also open to being grossly unfair and discriminatory. Online will be a place where everyone watches what they say for fear of how their comments will come back to bite them with bureaucracy down the line.

Up until now, Facebook has enjoyed the wildest ride of user surveillance and ad revenue. Deceptive privacy practices allowed the company to monitor user activity to such a degree that it can tell more about users than their nearest and dearest. Turns out, that knowledge is perfect for both targeting advertising and targeting propaganda. Data collected by the site is so pervasive that, in the space of a few months, it was most probably the defining factor the two biggest political upsets of a generation: Brexit and Donald Trump’s election as US President.

A knife is the perfect thing to cut a steak, but it can also be deadly. It’s the same with Facebook’s surveillance. It’s great for people who love seeing relevant ads pop up on their screens across all devices, but it’s not so great when it’s used by dodgy marketers to scare people into voting for their guy. Now that people have woken up to that a little bit, the company has to get more creative on how it turns user data into dollars. But data remains its business. Facebook doesn’t just record every click and “like” on the site. It collects browsing histories and purchases external data like financial information about users. It even creates profiles of nonusers. In short, Facebook is a more successful surveillance operation that the Stasi. And all that information has to be legally worth something to someone.

The first step for Facebook in its business model change will be a two tier platform. One free version and one paid for. Zuckerberg as good as said so himself in congress. If half the 2.1bn users opt for a $2 per month ad free paid for version, the company will make $24bn per year from that alone. That’s more than it makes in advertising revenue now. If companies are no longer allowed to share data, the likes of Facebook and Google will grow their monopoly as they have the biggest share of data. They can charge premium rate for their targeted advertising. Therefore, their advertising revenue will in fact grow. For Facebook, this is a win-win.

I predict the company will also charge for storing user data. Google, Microsoft and many more already do this with their cloud services. It will be in people’s interests to pay to have their data stored too because in the future you might need it for, let’s say, visa applications and border checking.

If the user already has a Facebook account, and pays the company to store their data, they can cross the border with a beep of their Smartphone. It will be in the users’ interest to have an account. The system will be designed to encourage this adoption.

Makes you think what else your online data / Facebook data could be used for down the line. In short, everything. Bank loans, mortgages, job applications, you name it. Facebook got in hot water for allowing tactics that manipulated elections. The 2056 presidential campaign could be entirely run online where Facebook likes replace votes.