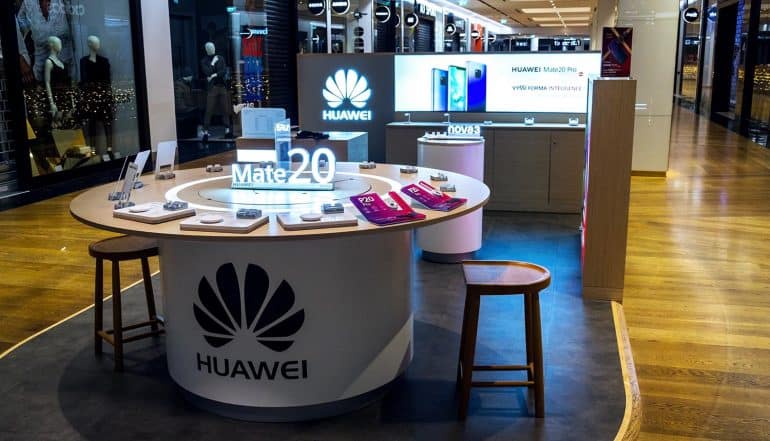 How Serious is Huawei's Claim That Hongmeng OS is Going to Be Faster, Have Comparable Privacy to iOS? by Scott Ikeda
Data PrivacyNews
·4 min read

How Serious is Huawei’s Claim That Hongmeng OS is Going to Be Faster, Have Comparable Privacy to iOS?

The past year has been rough for Huawei. As 2017 came to a close, the Chinese telecom giant was poised to be first into the U.S. 5G market in partnership with AT&T. Then the accusations of spying started. The Pentagon banned their equipment from military installations, the FBI advised that civilians not use their phones, and both AT&T and retail chain Best Buy severed their partnerships with the company. Bans and freeze-outs from other major economies followed amidst various international privacy and security debacles. The culmination of all of this was the announcement of Hongmeng OS in early 2019, a prescient move as Google would ban all Huawei phones from receiving Android updates just a couple of months later.

Though Western organizations are increasingly turning Huawei away, the company remains the #1 telecom equipment manufacturer and the #2 phone manufacturer in the world. If Huawei delivers on its claims about Hongmeng OS – that it will be faster than Android, work across all of the company’s devices and be as secure as iOS – it could dramatically shake up the international mobile OS status quo. But how likely is this to actually happen, and can users trust Hongmeng OS to protect their privacy?

In an early July interview with French magazine Le Point, Huawei founder and CEO Ren Zhengfei asserted that Hongmeng (also possibly to be named Ark) will be 60% faster than Android and MacOS and operate at higher efficiency than any other mobile operating system. The operating system will apparently still have some access to Android apps outside of the framework of Google’s Play Store.

In terms of data privacy and security, Zhengfei cited Apple as a direct inspiration and benchmark for Huawei. Zhengfei stated that if the Chinese government demanded that Huawei unlock an encrypted phone for them, his company would respond as Apple did when ordered by the US government to unlock a mass shooting suspect’s iPhone in 2016.

Another interesting claim is that Hongmeng OS will function across all of the company’s various devices, including telecom hardware like phone switches and routers. Presumably this would extend to the company’s line of “smart home” devices, which at present includes home WiFi networks and “smart watch” fitness trackers.

An OS that stretches across a company’s full line of smart devices is particularly intriguing, given the generally poor state of Internet of Things security. Strong default security that consumers are familiar with when moving between different devices could be a major selling point if Huawei plans to introduce a more robust lineup, but the other side of that coin is the looming concerns about the company granting backdoor access to Chinese spies.

Establishing an app ecosystem is going to be Huawei’s greatest challenge. Zhengfei freely admits that the company cannot compete with Google and Apple in this area, though it will nevertheless develop its own app store out of necessity. The company appears to be courting Play Store developers, and its 200 million+ phone shipments per year do provide an attractive selling point. They are unlikely to attract big-name developers, however, and will most likely have to focus heavily on the Chinese market where about half of their phones are sold.

All of this is academic at this point. No one outside Huawei knows exactly how far along Hongmeng OS development is yet or how realistic these goals are. Company mobile division head Richard Yu placed the release date between fall of 2019 and spring of 2020, but that is only for China – the rest of the world will have to wait as much as another year. Additionally, there are rumors that the OS is being hurried along too fast due to Google’s blockade, which could lead to it either being released on schedule with serious issues or potentially having major development delays announced at the last minute. Regardless of Huawei’s true relationship with the Chinese government, there could be serious cybersecurity issues if the OS is taken out of the oven before it’s fully baked.

Even the name is still in flux at this point – it could wind up being called HongMeng, Ark OS or something else entirely.

Can Huawei really deliver a secure and viable mobile OS?

Being forced into abandoning Android and bringing along a proprietary OS doesn’t bode well for Hongmeng OS security and data privacy, at least immediately after launch. Huawei will have some time to refine things in China before the rest of the world gets access to it.

More of a concern is the exact nature of the relationship between Huawei and the Chinese government. Huawei denies turning over data or violating the privacy of any user, but the country passed a law in early 2018 (“Public Internet Cybersecurity Threat Monitoring and Mitigation Measures”) that would require them to do exactly that if they possess anything the government might consider to be “threat information.”

Huawei has a long and spotty history of corporate espionage and theft of intellectual property that extends well beyond the current 5G flap. The American government ban on the equipment has prompted major economic powers such as Australia and Japan to do the same. The country has issued 23 indictments against Huawei for fraud and trade secret theft, and set up a sting operation at the most recent Consumer Electronics Show to catch the company in the act of attempting to illegally reverse-engineer folding glass.

The public has yet to see a smoking gun demonstrating that Huawei allows China’s government access to their hardware or to invade user privacy, but the US government appears to be adamant that the company is a serious security and privacy risk. This assessment appears to be based on classified intelligence (quite possibly gathered through spying).

Huawei claims its Hongmeng OS will function across all of company's devices including smart devices which could be game-changing for #IoT #security. #respectdataClick to Tweet

All of this raises many questions about Hongmeng OS that don’t have ready answers. That makes it difficult to see many consumers outside of China being willing to give Huawei the benefit of the doubt in terms of protecting their privacy. Regardless of individual government stances toward the company, it is quite likely that many American companies will forbid Huawei hardware from touching their network as a matter of internal cybersecurity policy.