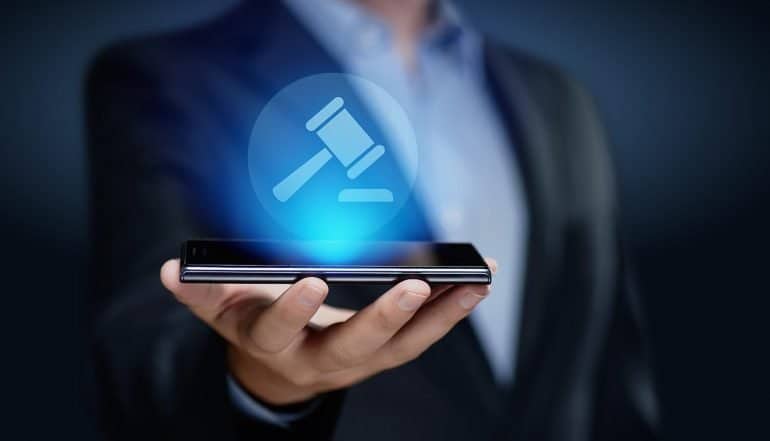 After two days of grilling in Washington by Congressional lawmakers, Facebook CEO Mark Zuckerberg seems to have done a better than expected job of staving off any immediate government regulation of his company. And Wall Street investors seemed to agree, pushing up the price of Facebook stock. But the question remains: Is there any privacy legislation that could emerge from the Facebook Cambridge Analytica case?

The most obvious option for privacy legislation in the United States is the Honest Ads Act, which was originally proposed back in late 2017 by two U.S. Senators, Sen. Amy Klobuchar (Minnesota) and Sen. Mark Warner (Virginia). Not surprisingly, the Honest Ads Act was mentioned in Congressional testimony by Facebook CEO Mark Zuckerberg, and he seemed remarkably amenable to the idea of the legislation. In fact, he promised lawmakers that Facebook was already in the midst of a revamp of data privacy policies that would go far beyond that which would be required by the Honest Ads Act.

So what would this pending piece of legislation require? The core concept of the Honest Ads Act is to regulate online political ads the same way you would political ads on TV or radio or in print. In other words, each ad would need to meet two crucial tests before it could appear on the Facebook platform – it would need to have clear, transparent disclosure about who is paying for the ad, and it would require anyone buying a political ad to provide a U.S. government-issued document to prove their identity.  Moreover, this legislation would require companies like Facebook to maintain a public record of all ads from any entity spending more than $500 on ads.

The basic idea here is that such a system would prevent foreign actors from running political ads on Facebook (or any other social network) under nefarious pretexts. And it would clearly put the burden of proof on Facebook to maintain an ongoing database of ads on the social network that were intended for political candidates. And it would also cover ads related to political issues, such as gun control or immigration. This second class of ads is especially important because the conventional wisdom is that Russian propaganda outlets were able to run ads related to politically divisive topics.

So, based on this overview of the Honest Ads Act, you can immediately see what is top of mind for legislators – preventing influence and meddling in political elections. With important midterm Congressional elections coming up in late 2018, this makes sense for many reasons.

However, for anyone concerned about data privacy and the rights of users to control who has access to their data, it’s clear that the Honest Ads Act comes up short. The piece of legislation might be useful as a way to prevent unwanted political influence by foreign actors, but it does absolutely nothing to address the data of Facebook users.

The European GDPR could provide a useful template for Facebook data

So if the Honest Ads Act is not going to solve the privacy issues of Facebook users, what will? The current thinking now is that the European General Data Protection Regulation (GDPR), scheduled to go into effect in May 2018, might provide at least a template for how to regulate user privacy. The GDPR goes far beyond any existing privacy legislation by setting up ground rules for not just what types of data can be collected and under what terms, but also how that data can be used.

From the perspective of Facebook, the GDPR poses much more of a threat to its business model. That’s because it could impact the core of Facebook’s profitability – trading in user data in order to sell ads. Without access to as much data as possible, Facebook becomes much less attractive to any potential advertiser.

As a result, Facebook is probably relieved that much of the Washington testimony tended to focus on topics like political censorship, election meddling, and political advertising. After all, Facebook never considered itself to be a medium for political speech, and certainly not as a key tool of political campaigns. It is probably happy to support any type of Honest Ads Act that would “restore” Facebook to its original purpose – that is, to connect people socially and enable them to share ideas and events with each other. As Zuckerberg himself pointed out, the Honest Ads Act “will help raise the bar for all political advertising online.”

Simply focusing on Facebook and social media might obscure the bigger picture – that user data is being used in a dizzying number of ways that might not even understood by Mark Zuckerberg himself. For example, consider the topic of algorithms and artificial intelligence (AI). It would seem that the pending European GDPR would have a lot to say about how Facebook can use AI tools to analyze user data. That’s especially true since much of AI, machine learning and deep learning is a “black box.” Once humans give machines a few basic rules, it is up to the machines to learn over time. And we don’t really know what AI algorithms will do or suggest. Suppose they are implemented to help prevent political hate speech, and instead evolve into a form of Orwellian censorship online?

And there’s another gray area that’s just waiting to be addressed, and that’s the various ways that companies freely buy and trade user data, often without users even knowing about it. In April 2018, reports surfaced that Cambridge Analytica was working on a new cryptocurrency that would be backed by user data. If accurate, that would further show how difficult it might be to stop the unwanted use and transaction of user data, once it has been encrypted and made available for trade.

For anyone concerned about data #privacy and the rights to control who has access to their data, the Honest Ads Act comes up short.Click to Tweet

Of all the legislation currently on the horizon, the Honest Ads Act seems to have the best chance of passage. The legislation is easy to understand – it’s just a new version of legislation that already exists for TV, print and radio – and it has the bilateral support of both political parties in the U.S. as well as the tacit support of Facebook, which is under pressure to show that it is changing and has the best interests of users at heart. Most importantly, the Honest Ads Act comes with a built-in timeline of its own: the impending midterm elections in November 2018. Expecting any additional legislation in 2018, however, might be overly optimistic. For now, we’ll have to rely on Facebook and other social platforms to self-regulate with the best interests of users in mind.