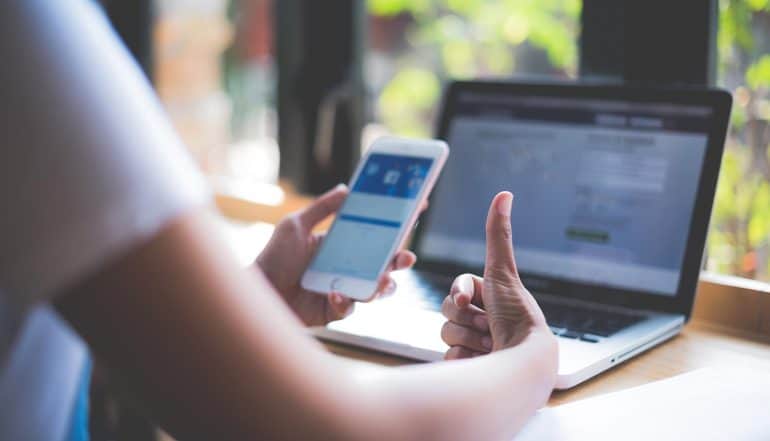 Public Pressure to Break Up Facebook Intensifies, But Will It Work?
Data PrivacyNews
·5 min read

Public Pressure to Break Up Facebook Intensifies, But Will It Work?

A group of nine privacy and anti-monopoly advocacy groups, led by the Electronic Privacy Information Center, have called on the U.S. Federal Trade Commission (FTC) to break up Facebook. Citing the tech company’s long track record of ignoring privacy concerns, the group also called on the FTC to fine Facebook as much as $2 billion and to regulate Facebook like a public utility rather than a private tech company. At the same time, the group is launching an extensive digital ad campaign called “Freedom From Facebook” that will run on all digital platforms not controlled by Facebook.

The privacy and anti-monopoly groups suggested that Facebook break up into four different entities – Facebook, Instagram, WhatsApp and Messenger. This would also force Facebook to “disgorge” any data acquired from those companies. Thus, if the break up plan is carried out, Facebook would only have access to data from its customers from one platform, not from multiple platforms. This would prevent Facebook from stitching together user profiles based on data collected from multiple different social media platforms. For example, right now, Facebook can theoretically combine data from WhatsApp with data from Instagram in order to create super-targeted ads for the same user on Facebook. If the “break up Facebook” initiative works, that would no longer be possible.

While there might be public support for the plan to break up Facebook, it’s less certain if the U.S. government is ready to take the next steps. Due to the prolonged, 35-day government shutdown, the U.S. FTC is just now getting back to work in 2019, and has thus far signaled that a breakup is an antitrust remedy, not a privacy remedy. In other words, it’s not up to the FTC to break up Facebook solely on the basis of privacy concerns and a past history of data breaches – it would require proof that Facebook had monopoly-like power over social media.

Moreover, the U.S. Department of Justice has thus far sent mixed signals about what to do about Google, Facebook and other big tech giants from Silicon Valley. The Justice Department under the Trump Administration has taken a much more hands-off approach to regulation and heavy-handed regulatory actions, including the recent case involving Net Neutrality. Even a huge super-merger (the proposed Sprint and T-Mobile deal) has thus far shown no signs of being delayed or reversed based on anti-competitive grounds, so if that huge telecom behemoth is not being forced to split into two companies, why would the U.S. government try to break up Facebook?

At a recent public event in Washington, for example, the Assistant Attorney General, Makan Delrahim, suggested that, “You can’t revoke the decisions of 2012 based on the facts of 2019.” What he had in mind here was the $1 billion acquisition of Instagram by Facebook back in 2012. While Delrahim admits that, in hindsight, that deal maybe should not have been allowed to happen, you can’t go back and “un-do” the deal now. In fact, Delrahim suggested that the call to break up Facebook would be handled much like a call to break up Google (i.e. force Google to give up YouTube) – there simply is not enough legal and regulatory standing to make it happen. As long as there is competition in the marketplace, and as long as the barriers to entry are not unnecessarily high, it’s hard to break up Facebook purely on anti-monopoly grounds and antitrust law, the way the U.S. government under Teddy Roosevelt forced Standard Oil to break up into 34 different companies.

Moreover, Facebook appears to be taking a number of defensive measures that would make it even harder to break up. At nearly the same time that the privacy advocacy groups were imploring the FTC to break up Facebook, a report surfaced in the New York Times that Facebook was looking for a way to better integrate the messaging capabilities of Instagram, WhatsApp and Messenger on the back end. This would serve two major objectives: it would formalize the “family of apps” strategy that Facebook CEO Mark Zuckerberg has supported for the social network, and it would also make it much easier for data-sharing to occur between and among the various platforms.

In short, it appears to be more of the same from Facebook – scooping up as much data as possible from users, all while telling those same users that it will result in a much smoother user experience. In all fairness, Facebook has said that the seamless integration would be based around the concept of end-to-end encryption, which, if true, would mean that Facebook would not be able to read any of the content included in the messages. Facebook would, however, know when you logged into an account, where you were when you did it, and who you messaged.

If a breakup is not possible, what other remedies exist?

A more likely scenario, for now, is some sort of fine imposed on Facebook for violating its 2011 consent decree with the Federal Trade Commission. As the privacy advocacy groups point out, Facebook has a long track record of violating user privacy, and needs to be penalized for these transgressions. They specifically pointed to the Cambridge Analytica scandal, which would appear to be a clear violation of the consent decree. If that’s the case, Facebook could be facing a huge fine – but how big of a penalty?

The advocacy groups writing directly to the FTC suggested the penalty should be close to $2 billion. That seems unlikely, given that the previous record-breaking fine handed down by the FTC was only $22.5 million, which it imposed on Google. The advocacy groups suggest the massive $2 billion fine is justified, based on the previous privacy breaches being “so numerous,” “so severe,” and so “impactful.” Moreover, they suggested that the massive size and influence of Facebook made those data breaches even more deserving of a multi-billion-dollar fine.

In terms of possible antitrust enforcement actions taken to break up Facebook, a key factor will be the willingness of new Attorney General William Barr to take on the case. In his testimony to Congress, Barr has suggested that he is troubled by the “big behemoths” in Silicon Valley and their market power. He also suggested that he would take a closer look at the level of competition amongst the big tech giants. However, Washington insiders note that any plan to break up Facebook would be a “last resort.”

Advocacy groups are calling on the FTC to break up Facebook for long track record of ignoring #privacy concerns and to impose a a $2B fine.Click to Tweet

Any plan to break up Facebook will have to answer the following question: How much corporate power do the big tech giants really have? Right now, it appears that privacy grounds will not be enough for the federal government to force Facebook to break apart into four separate entities. As long as other social media options exist, any antitrust enforcement will be difficult to make happen, especially given the pro-business orientation of the Trump Administration. The good news, from the perspective of privacy advocates, is that the FTC is finally back to business in 2019 and might be persuaded to act sooner rather than later if the new “Freedom From Facebook” campaign has the desired effect on public opinion.