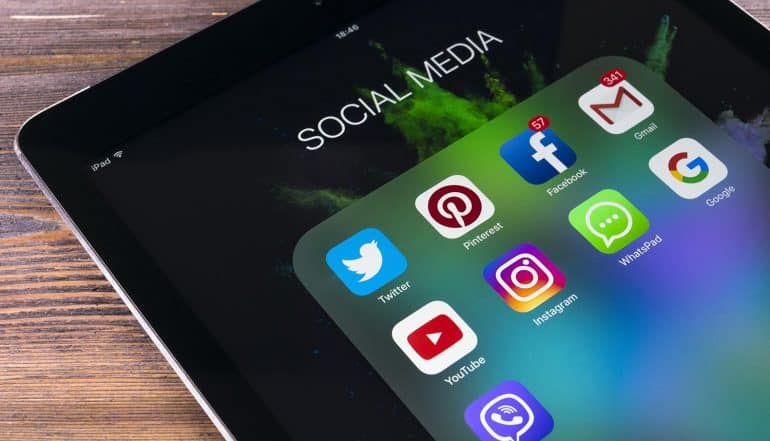 Should Social Media Platforms Be Doing More To Win Back Online Trust?

At one time, the primary threat online for the average Internet user was the presence of hackers and cyber criminals setting up elaborate online traps to gain access to personal information and payment card data. Now, however, social media platforms such as Facebook, Twitter and Instagram are arguably just as much of a threat to online trust. That’s according to the 2019 CIGI-Ipsos Global Survey on Internet Security and Trust, which found a surprising lack of online trust when it comes to the world’s top social media platforms.

The survey, conducted by Ipsos on behalf of the Centre for International Governance Innovation (CIGI), in partnership with the Internet Society and the United Nations Conference on Trade and Development (UNCTAD), sought the opinions of 25,000 Internet users in more than two dozen countries around in the world on topics such as online privacy, social media, fake news, the digital divide, blockchain, cryptocurrencies, and the Dark Web.

Social media platforms and the erosion of online trust

When asked about online trust, fully three-quarters (75%) of those surveyed around the world cited social media companies such as Facebook and Twitter as a core problem. By way of comparison, 81% of those surveyed cited cybercriminals as the primary reason for the lack of online trust. In short, a case could be made that a top social media executive like Facebook CEO Mark Zuckerberg is viewed as being just as dangerous and untrustworthy as the worst cybercriminal located in a rogue nation around the world.

It’s only natural to ask, then, why social media companies have fallen so far, so fast, in global perceptions. After all, at one time platforms like Facebook and Twitter were seen as promoters of Western values such as democracy and free speech. Now, however, they are seen as purveyors of fake news that recklessly make use of their users’ data for personal profit. Most tellingly, a staggering 88% of North Americans who distrust the Internet cited social media as responsible for their lack of online trust. And a similar percentage of users (86%) said that they had fallen for fake news at least once, a clear sign that fake news might be far more of a problem globally than once thought.

Perhaps just as importantly, social media companies are suffering from the perception that they are less than transparent when it comes to how they interact with users, which in turn, leads to a lack of online trust. Only one-third (32%) said that they were confident that social media platforms have “unbiased” algorithms. The algorithms used to serve up ads and display content in user news feeds are viewed as having a lack of transparency, and being “exploitative by design.”

Overall, 62% of those surveyed globally said that lack of Internet security was a “significant factor” in their distrust in the Internet. That compares to 48% in the year earlier period, a suggestion that the constant media stories about Facebook and Google and their reckless disregard for how personal information is collected, used and shared is starting to have a real impact on public perceptions.

It’s not just that social media platforms aren’t doing a good enough job when it comes to online privacy; it’s also that governments aren’t doing enough to police and regulate the Internet. Less than half (48%) of those surveyed say that government is doing enough to safeguard online data and personal information. And, interestingly enough, Internet users are now more concerned about their own domestic government than foreign governments when it comes to safeguarding online privacy. At one time, an Internet user in the United States might have been more concerned about the Chinese government interfering with their right to online privacy; now, however, they are just as concerned that the U.S. government is failing to step up at a key moment to rein in big social media giants like Facebook.

In commenting on the survey findings, UNCTAD noted that despite these widespread concerns about online privacy and online trust, most online users are not taking big enough steps to protect themselves online. For example, only a relatively small percentage of Internet users make use of sophisticated tools such as encryption and virtual private networks (VPNs) to protect their personal data online.

It’s not out of the question that, if these trends about the surprising lack of online trust persist, that the Internet could be facing a moment of truth much sooner than anyone expected. In fact, UNCTAD particularly pointed to the “fragility of the Internet” and the need to make social media a much safer place for users. If not, people will continue to migrate away from platforms such as Facebook and Twitter, and will be less likely to place much trust in online e-commerce platforms that drive economic growth.

88% of North Americans surveyed cited #socialmedia as the reason for their lack of online trust. #privacy #respectdataClick to Tweet

In short, more trust is needed in the Internet for the future growth and development of the digital economy, especially in developing economies. It’s no longer the case of “a few bad apples” (i.e. cybercriminals) ruining the Internet for everyone – it’s now the case that the very companies entrusted with our most sensitive personal information are to blame. They have failed to live up to their responsibilities, and instead, have simply looked for more and more ways to monetize their users. Rather than searching out new ways to build up online trust, they have focused on their bottom line. It’s no wonder, then, that social media companies are now among the top reasons for the erosion of online trust.