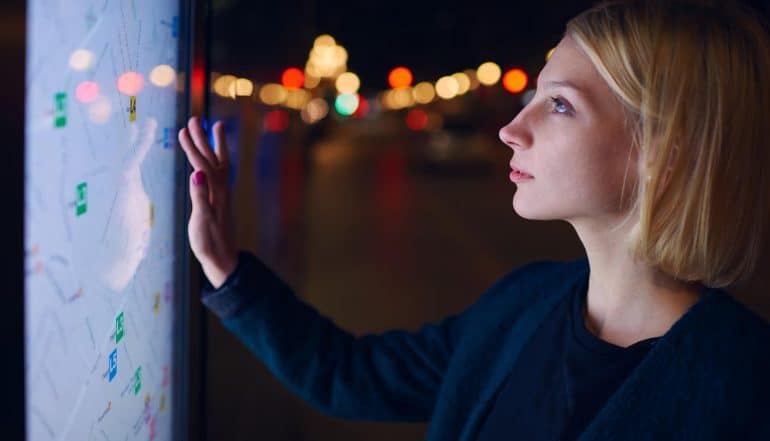 It is estimated that by 2020 large cities in both developed and developing countries will be spending in the region of $760 billion on collecting and managing data in order to optimize the functioning of various aspects that are part and parcel of the management of the urban sprawl that we call todays mega cities. However, do these ‘smart cities’ pose a clear threat to citizens in terms of their right to privacy? At issue is the fact that no public comment is sought when the various systems are rolled out – there is no way for anyone to opt out of the systematic collection of data that is sourced from cameras and sensors imbedded in the structures controlled  by the city authorities.  It is true that there are regulatory authorities in certain legislations that seek to govern how data collected like this is used – however in the face of the march of progress and the ever increasing complexities of urban management even they must take into account the fact that the rise of the Smart City is inevitable.

This inevitability is driven not only by the fact that a vast urban metropolis is tremendously complex to manage – but also that new global threats have come to the fore. The increasingly global nature of terrorism and the requirements for national security dictate that the Smart City is now an absolute necessity. Authorities simply have to gather and collate, as well as manage data in order to keep citizens of these cities safe and secure.

The reasoning behind the collection of the data is, at least on the face of it compelling. For companies like IBM which is at the forefront of the move towards smarter cities it’s all about finding ‘new ways for the city to work.’ That’s a snappier way of expressing what the British Department for Business Innovation and Skills defines as ‘applying digital technologies to address social, environmental and economic goals.’

The Smart City cannot be viewed a megalithic entity – the sheer number of solutions that power the modern urban metropolis are staggering in their variety. Technology and infrastructure companies offer complete solutions to cities – from the backbone to other products and services that assist the managers of the Smart City to optimize the services that they offer citizens. These solutions can run a gamut of management options – from those controlling energy applications and transport system to policing and monitoring. Optimizing all of these services often means connecting various government departments to ensure fast and efficient data flow. It also often includes apps which allow Smart City residents to report criminal activity, or even something as simple as a malfunctioning traffic light.

Although on the face of it Smart Cities may seem like an optimized way to manage and control data flow and gathering for the good of all that call the urban environment home. In reality there are some fairly serious problems with the approach, especially when it comes to issues like privacy.

Cities like Singapore have extremely advanced Smart City suites which allow for efficient data collection and management of the many moving parts that make up the systems which keep the modern city from ticking over – that comes at a cost which is not only monetary.

In the Smart City of the 21st century, it is extremely rare that the average citizen will be asked to ‘opt in’ or consent to being monitored on a constant basis. The moment they set foot outside their homes they automatically are viewed having provided consent for the collection of data and the processing and sharing of data among government entities. The data collection is ubiquitous – but most citizens are not even aware that it is happening.

Privacy is one of the most jealously guarded privileges for those in both the developed and developing world. Those who make their homes in Smart Cities already receive a deluge of information on a daily basis – much of it driven by advertising and marketing agencies.  The average citizen may want the buses and trains to run on time – but they are less comfortable with the other ways this big data is being used.

Take for instance 2012 when the City of London installed smart bins outside people’s homes. For many this was a popular move – less clutter, more efficient pick up and less litter. However – when journalists revealed that the city was using the bins to collect data from their phones when they walked past the bins and then selling that to agencies that were then targeting people based on their personal habits, they were less than pleased.

In Beijing where the theft of toilet paper was becoming endemic, authorities launch a facial recognition system. If you want toilet paper, you have to stand in from of a camera – request it too often and you will be denied the privilege.  This undoubtable saves the city money and improves the efficiency of its procurement processes. However, facial recognition systems are by their nature invasive. Not to be glib – but gathering data on a person’s hygienic habits still provides authorities with data that tracks movement – and that has an impact on a persons right to privacy.

There can be no question that the systems required to run ‘Super Cities’ such as London and New York must be incredibly complex and handle huge amounts of data. Something as simple as the coordination of public transportation requires Smart City solutions – there are simply so many moving parts – from pedestrians to traffic control systems, disaster preparedness, public transport – each of these elements must communicate with each other – and take into account human behaviour – which requires that data be collected and analysed – and acted upon.

Singapore is a prime example of how the modern Smart City leverages the data collected through a variety of methods. Anyone who has visited the city will not have failed to notice cameras and sensors that are on every street – and often in public buildings and throughout Singapore’s ultra-efficient rail network. This monitoring equipment allows authorities to keep track of citizens through its ‘Virtual Singapore’ system. This interface can even allow the government to conduct wide scale real time experiments to test the reaction of the populace to disasters such as epidemics.

Is this invasive? Possibly – but in densely populated urban areas there is an argument to be made that the populace benefits tremendously from the Smart City systems that are in place. Their city is both safer and more efficient.

Smart City solutions will always feature an element of control. Control of traffic flows and control of people and how they use the amenities that they take for granted. But just how much control and privacy are people willing to give up? In Singapore, smart apartments for the elderly with built-in cameras ostensibly to monitor health and safety have already seen the cameras covered in order to stop the rampant invasion of privacy.

However, there can be even more insidious effects. The decisions of those in control of the Smart City often reflect the biases of those in power – and those in power are often right at the top of the socio-economic pile. When those people start deciding where and when streetlights or when public transportation is available, the next step towards discriminatory social engineering that separates the ‘haves’ from the ‘have nots’ is often not very far behind.

Smart Cities are here to stay. The complexity of the modern city simply demands that data is collected and used to ensure the quality of life of those who are using the services of the city.

#SmartCities will always feature an element of control. But how much control & #privacy are you willing to give up?Click to Tweet

The government must however take steps to ensure that the data gathering, monitoring and analysis process is balanced against the citizens’ right to privacy.