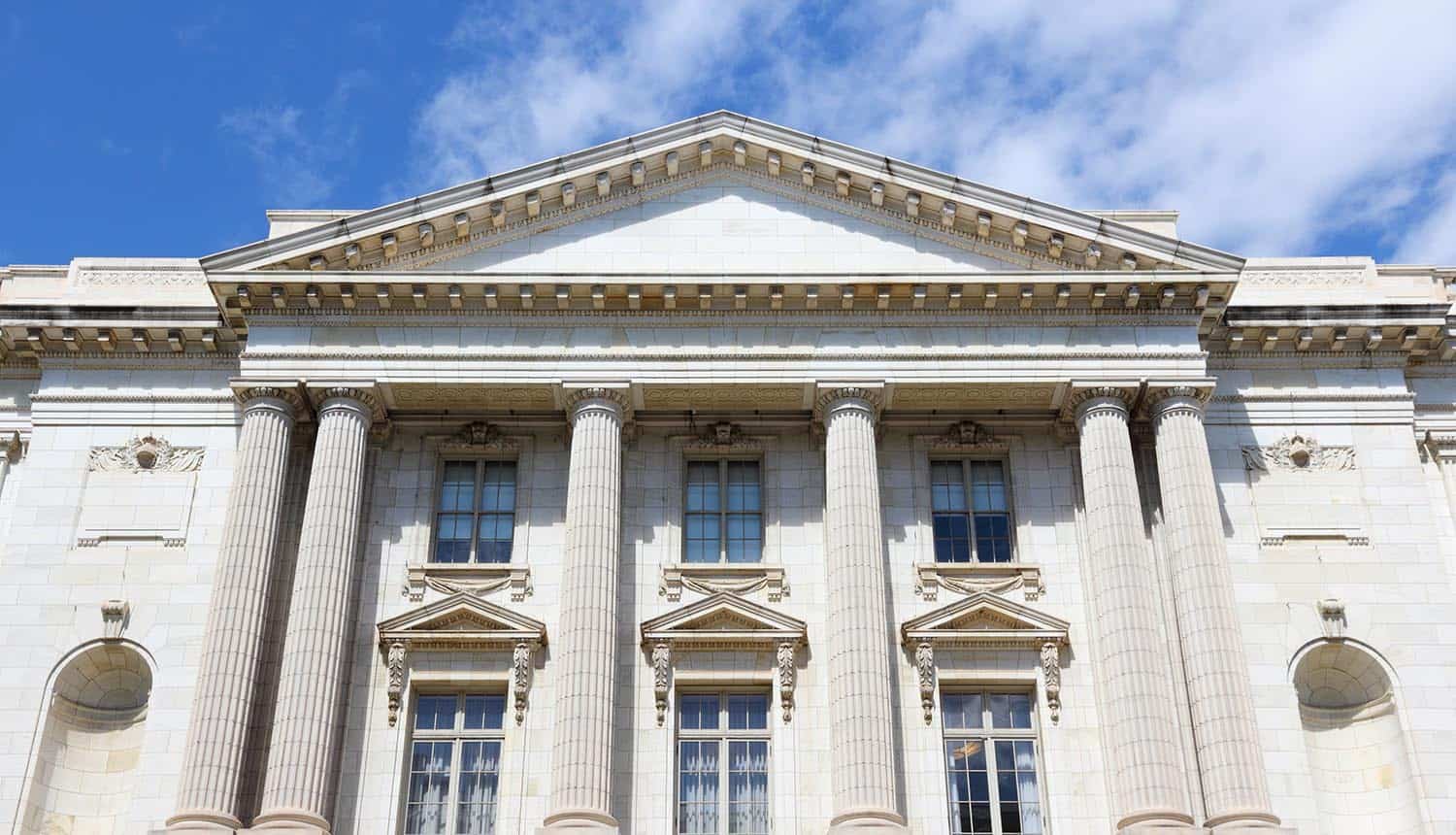 Americans Don’t Trust the US Government — Especially with Their Data

In the digital age, personal data is one of the most valuable commodities — it wields the potential to sway elections and affect the economy. Being a lucrative asset, big tech companies like Facebook make huge profits from gathering and selling the information we share online, from names to physical locations to web searches.

And it’s not only multi-billion dollar tech conglomerates that do this; the US government also collects data from citizens, likely much more than we’re even aware of.

With two of the most powerful organizations engaging in ethically ambiguous data handling practices — Facebook with its fair share of data security scandals and the government’s past of secretly monitoring of citizens’ communications — the question comes down to, who can US citizens trust more with their data?

A study by Privacy Tiger with over 1,000 US participants found this: despite Facebook’s spotty record of data privacy malpractices, 32% of Americans trust Facebook with their personal data more than they trust the government.

Trust in the US government has steadily declined over the last four decades, hitting an all-time low in recent years, according to a study by the Pew Research Center, which found that 83% of Americans don’t trust the government to do what’s right. 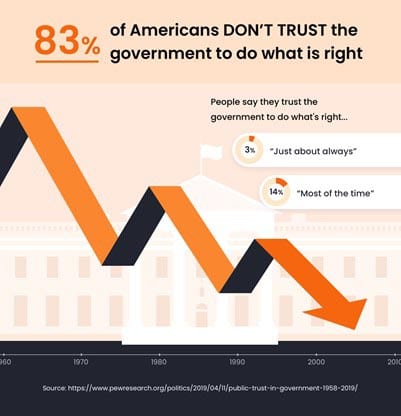 Mistrust in the government also increasingly applies to cybersecurity. Another Pew Research study found that about half of Americans don’t trust the government or social media platforms to protect their data.

Privacy Tiger’s study revealed further insights into how the level of trust in Facebook and the government varies for different demographics.

Privacy Tiger’s data found that 35-44 year-olds had the highest level of trust in Facebook over the government. Older baby boomers trusted Facebook the least, with Zoomers close behind. 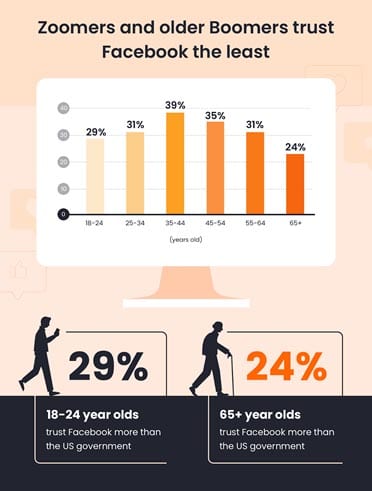 Given that boomers are the smallest age cohort on Facebook, it’s not surprising that they’re the least likely to trust Facebook with their data.

This sentiment is also echoed in a research paper on privacy and trust in Facebook, which stated that Facebook leverages “trust among users to make advertisements look like social posts … [leading] its users into a false sense of trust and security when none exists.”

Case in point? Facebook was penalized $5 billion by the Federal Trade Commission (FTC) for deceiving users about their ability to control the privacy of their personal information.

With the younger generation’s awareness of Facebook’s scandals and the older generation’s skepticism of social media, Facebook data practices need to change if they hope to establish trust with users.

Level of trust varied between genders as well, with women 74% more likely than men to trust Facebook over the government. 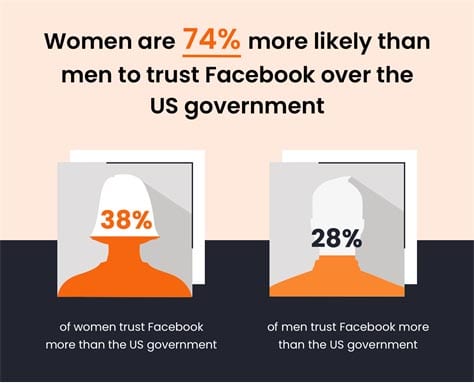 The reasons behind these numbers could be that women make up the bigger Facebook demographic and engage more actively on social media.

On the flip side, women’s distrust of the government could stem from the larger issue of the lack of female representation in government. As of 2020, women hold less than a quarter of the seats in Congress.

With women holding a strong presence on social media but an underwhelming one in government, it’s within expectations that they’re more likely to trust Facebook over the government with their personal information.

While tech companies and governments recognize the value of personal data, they seem to neglect the protection of the people whose data is being collected and used. Without federal privacy laws in the US, the onus is put on sector-oriented and state legislation such as the California Consumer Privacy Act (CCPA) to set data privacy standards.

The CCPA, a meeker version of Europe’s General Data Protection Regulation (GDPR), aims to protect users’ data by mandating businesses to grant users rights over their data and allow them to opt out of the sale of their data. However, the legislation applies only to businesses, not governments, and is riddled with loopholes.

Both the government and Facebook hold a lot of power over citizens and their data, but little of their trust. To regain their trust, the US needs to reform its approach to data privacy, starting by creating a national comprehensive data-protection framework that applies to all institutions — public and private.

Powerful organizations need to be transparent about data handling practices and give users control over their data to cultivate an environment where data privacy is a priority, not an afterthought.