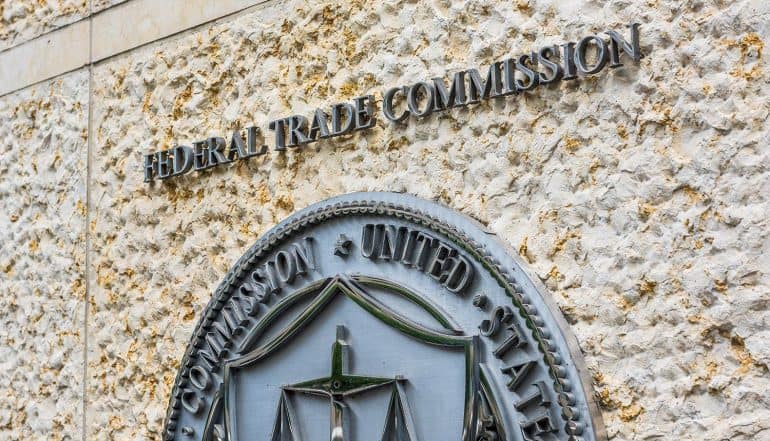 Perhaps it was inevitable. As soon as the FTC announced that it was letting social media giant Facebook off the hook with what now appears to be an incredibly lenient penalty of $5 billion, privacy advocates went into overdrive, challenging the fairness and adequacy of the Facebook settlement. Within days of the announced FTC-Facebook settlement, consumer privacy group EPIC (Electronic Privacy Information Center) filed a motion with a federal district court in Washington, asking it to intervene in the settlement.

According to EPIC, the $5 billion settlement was “not adequate, reasonable, or appropriate.” Although $5 billion is a staggering amount of money – and the most that the Federal Trade Commission has ever fined a Silicon Valley tech company – it is, alas, just a drop in the bucket of all the money that Facebook is making by selling user data and personal information to third-party advertisers. In the most recent quarter, for example, Facebook reported $16.9 billion in revenue – a figure that is three times the size of the $5 billion settlement. Put another way, it would take the social network less than a month to earn back the full amount of the FTC settlement.

In short, for a company the size of Facebook, a $5 billion fine is mere peanuts. That appears to be the crux of the argument that privacy advocates are making. When media companies such as the New York Times reported on the Facebook settlement, they made clear that the FTC penalty did not go far enough. As they see it, the FTC should have handed out a much stiffer penalty that would have made Facebook change its ways and pay more attention to user privacy. The stock market currently values Facebook as a $571 billion company, so a $5 billion fine might sound excessive, but it’s less than 1 percent of the total market valuation of the company.

Yes, the Facebook settlement will require Facebook to certify that all user data is being used appropriately. And, yes, Facebook will have to jump through a few extra hoops every time it introduces a new product (such as the upcoming launch of its new Libra cryptocurrency). But here’s the most important point to keep in mind: Facebook will not have to make any fundamental adjustments to its data-driven advertising business model.

Moreover, Facebook will not have to admit any culpability in any previous privacy violations. Essentially, Facebook is settling with every government regulatory authority and every U.S. state attorney as part of a grand, global settlement that will enable the company to move on with business as usual after a nearly 18-month period of uncertainty. In March 2018, news broke of the Cambridge Analytica scandal impacting over 87 million Facebook users, and that’s what led to the ongoing FTC settlement. For a total price tag of $5 billion (the amount of the Facebook settlement), then, Facebook essentially clears the deck of all future litigation or regulatory action.

If you’re a cynic, you’d say that the company’s regulatory shackles have been removed, and Facebook is now free to do as it pleases. Certainly, that’s how the financial markets view the $5 billion FTC-Facebook settlement. On news of the Facebook settlement, the market actually moved the company’s stock price upward, as a reward of sorts for getting off the hook so easily. Moreover, Facebook CEO Mark Zuckerberg had already prepared Wall Street for what was coming, and had already stated that the company was ready and willing to pay out anywhere from $3 billion to $5 billion in fines and penalties. So when the Facebook settlement came in at the high end of the estimate, the market responded with a collective sigh of relief.

That might help to explain, in part, why the Electronic Privacy Information Center (EPIC) was so outraged by the Facebook settlement that it is now filing for a federal district court in Washington to intervene. EPIC filed the original case involving privacy violations against Facebook back in 2011 – and thus it was EPIC that originally gave the FTC the legal authority to investigate Facebook. It’s not overstating matters, then, to say that EPIC has been itching to see Facebook suitably punished for more than seven years. And just when it looked like the FTC was going to act swiftly and harshly, the company escaped relatively unscathed. The proposed order wipes Facebook’s slate clean, all without forcing Facebook to admit guilt

Taking a big picture view, Facebook was facing a whole host of privacy violations litigation, including cases pending at the FTC. According to EPIC, there have been over 26,000 privacy complaints against Facebook since 2011. In 2018, there were 8,000 privacy-related complaints. Moreover, the more that Facebook expands into new areas, the more of a mess it appears to be making with privacy issues. Case in point: Facebook’s foray into facial recognition without user consent has already triggered a number of privacy complaints. And the recent launch of the Messenger Kids app has been a disaster: the app was specifically created to get around the Children’s Online Privacy Protection Act, and it looks like the app ending up making it possible for children as young as age 13 to chat with adults.

EPIC was outraged that #Facebook has gotten away with just a $5 billion penalty and has filed a motion with federal district to intervene. #privacy #respectdataClick to Tweet

Given that the FTC only narrowly voted (by a vote of 3-2) to penalize Facebook with the $5 billion fine, there might be a bit of wiggle room to change the Facebook settlement. At the very least, the efforts by EPIC on behalf of consumers and Facebook users might give even more momentum for national privacy legislation that would help to keep Silicon Valley’s top tech companies honest when it comes to user data.