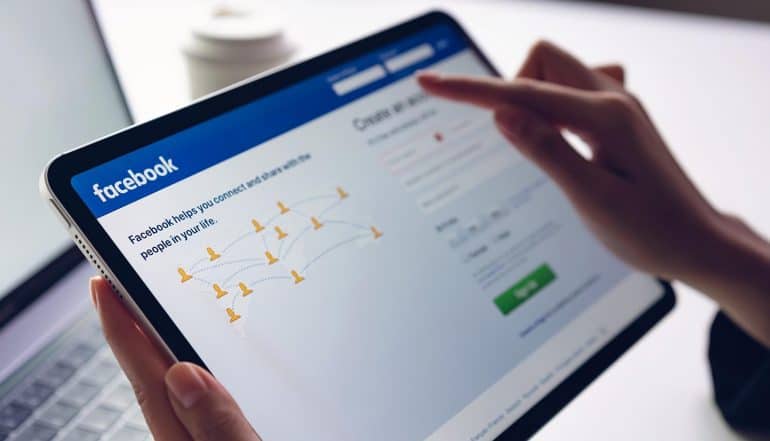 In yet another victory for privacy advocates, the European Commission (EC) has forced social media giant Facebook to amend its terms of service in order to accurately reflect how the company makes money by selling user data. The Facebook terms of service, once obfuscated by complicated, legalistic language, are now going to state very clearly that Facebook provides its services free of charge to consumers in return for the agreement that their personal data will be shared with third parties and used for targeted advertising. According to the agreement reached between the European Commission, European consumer protection authorities and Facebook, the Silicon Valley giant will have until June 30 to implement the new changes.

According to EU Consumer Commissioner Vera Jourova, the European Commission very much “welcomes” the updated Facebook terms of service since they now clearly explain how the company uses its users’ data to develop profiling activities and target advertising, all in order to finance the company. In other words, Facebook is going to have to tell users upfront that it is monetizing their data and using it to make billions of dollars in the process. Very comprehensive Facebook user profiles, based on as much user data as possible, are the key for the social network to sell targeted ads.

The EC has laid out very specific changes that it expects Facebook to implement in order to bring the Facebook terms of service into greater alignment with European consumer law. For example, the new language included in the amended Facebook terms of service must clearly state what data Facebook sells to third parties (such as data brokers), how consumers can close their accounts, and for what reasons a user’s account can be disabled. Facebook will also need to introduce language on how it will respond to negligent mishandling of user data by third parties, and under what conditions it can unilaterally change its terms of service without first getting the consent of users.

The goal is clear: to introduce greater transparency and make it easier for consumers to understand how Facebook works (including what services Facebook sells to others). The subtext here, of course, is that if consumers are very aware of how their data is being monetized at every possible opportunity by social media companies, they will be much more careful about their privacy settings. In addition, users of the world’s most popular social media platform may choose to scale back how much information about their own personal lives they are sharing online.

Facebook, as might be expected, has attempted to put a very positive spin on the changes to its terms of service. For example, a spokesperson for the company noted that there were not any “substantive” changes to the terms of service. Instead, Facebook was merely clarifying what everyone always knew anyway.

In agreeing to implement the changes, Facebook is continuing its PR policy of trying to show that any changes it makes are actually the result of a more comprehensive policy to make the company more transparent and trustworthy. Thus, when regulators in the United States started to clamp down on Facebook’s sharing of data with third-party app developers, Facebook presented its scaled-back data-sharing program as a way of working with only the most trusted developers. When regulators in the United States questioned how and why Facebook was collecting so much data on users, the tech giant has attempted to sidestep the question, by noting that such data is necessary to give a streamlined, integrated user experience.

What is noteworthy about the new EC action, though, is that it is not merely confined to Europe or EU consumers. Facebook has noted that it will be rolling out changes to its terms of service worldwide. This is largely the result of the fact that the EU has the strictest privacy regulations in the world, and that any changes made to appease European consumer protection authorities will necessarily have to be made worldwide. If the Facebook terms of service do not change by June 30, then the European Commission has the right to bring enforcement actions against Facebook. These enforcement actions could include sanctions.

The long-term implications of the Cambridge Analytica scandal

One determining factor in the EC’s decision to force changes to the Facebook terms of service is the long-term overhang of the infamous Cambridge Analytica data scandal. This scandal, which only came to light in 2018, resulted in the unprecedented sharing of the personal information and data of 87 million Facebook users. At the time, consumers did not understand that their data was being shared with a wide range of third parties, or that by sharing their own personal data, they were also inadvertently sharing the data of their friends.

Of course, skeptics might argue that most consumers never read the terms and conditions anyway, so any changes that Facebook makes will go unnoticed. Most Internet users simply click boxes and agree to almost anything that is asked of them, as long as they can have a free, uninterrupted Internet session.

The reality, though, is that public perception about Facebook is changing rapidly. Facebook is no longer in the driver’s seat, able to dictate the rules of the road. Instead, it must comply with the requests of regulators around the world. And, much more rapidly than it might have anticipated, Facebook is finding out that most users do not want to share their data so that Facebook can sell targeted ads. In the past, users might not have questioned why the Facebook service was completely free. But now users will clearly understand: the more data they share with Facebook, the more money Facebook can make by turning around and selling that data to third parties.