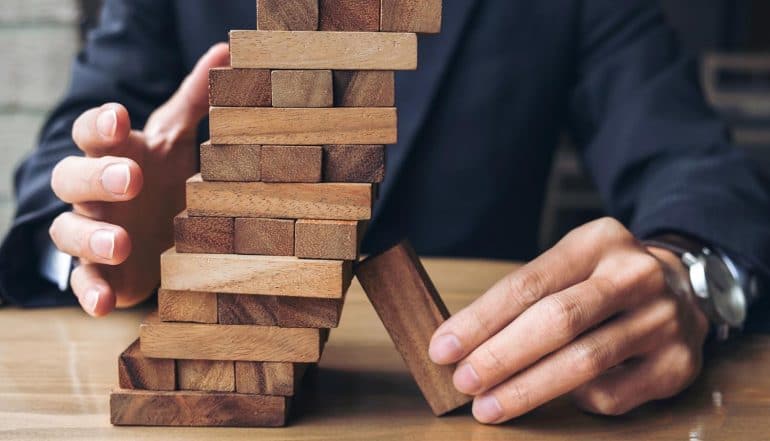 Is Big Tech Too Big to Fail?

In the aftermath of Facebook CEO Mark Zuckerberg’s testimony to Congress about the Cambridge Analytica scandal, many critics have suggested that this big tech company should be regulated, fined and perhaps even broken up. After all, if the U.S. Federal Trade Commission (FTC) were to invoke its full power, it could theoretically levy hundreds of millions of dollars of fines, enough to cripple Facebook’s existing business model. But is a big tech company like Facebook too big to fail?

The “Too Big to Fail” doctrine

The very term “too big to fail,” of course, is rooted in another, entirely different industry – the financial services industry. The basic principle is that the U.S. can never allow a large financial institution, such as a major Wall Street investment bank, to fail. The reason is simple: the failure of this colossal giant would cause a domino effect, in which one institution after another fails, leading to an epic failure of the entire financial system. To ensure that never happens, the U.S. government would eventually step in and provide a safety net, either in the form of favorable economic policies or, in the worst case scenario, actual liquidity to keep the bank alive.

And this is not mere idle speculation – we saw the playing out of the “Too Big to Fail” doctrine during the 2007-2008 financial crisis, when the collapse of the housing market and the failure of the subprime lending market had serious consequences for the nation’s top banks and financial institutions. Each bank was so interconnected to every other bank that a domino scenario – one bank toppling after the other – seemed very real. The crisis was so extreme that many at the time compared it the Great Depression of the 1930’s.

Not surprisingly, government regulators were not going to sit around and let this happen to the global financial system. After Wall Street bank Lehman Brothers collapsed in 2008, the U.S. central bank (led by Ben Bernanke) stepped in with emergency liquidity for other big banks on the verge of collapse, including Bear Stearns.

The thinking here was that these drastic steps were needed to prevent the financial contagion from taking down pillars of the financial system, including Goldman Sachs (led by Henry Paulson), Fannie Mae and Freddie Mac. In exchange for being saved at the last moment, the big Wall Street banks promised Wall Street reform, including a new Consumer Protection Act. In short, Wall Street reform and consumer protection were combined into a total effort to prevent the financial crisis of 2009 from taking down the entire housing market and the livelihood of every American in future years.

From the above, you can see why “Too Big to Fail” has such allure – it describes a disaster scenario that can only be prevented by propping up the key pillars of the system. But there is a trade-off here, and it’s known as moral hazard. In short, if the big Wall Street investment banks know that the Federal Reserve Bank will step in at any moment to save them, then they will be tempted to take on more and more risk. In short, there are no longer any truly adverse consequences for behaving badly, and they will actually be incentivized to take on more and more risk.

Big Tech and a “Too Big to Fail” scenario

So how would a similar type of “Too Big To Fail” play out in the tech sector? If you replace “Lehman Brothers” with “Facebook,” and “housing market” with “Internet market,” you can begin to sense the broad ramifications involved. If a big tech company like Facebook is fined hundreds of millions of dollars or forced to sell off key pieces of its tech empire, such as Instagram or WhatsApp, it would lead to Wall Street investors dumping shares of the stock. In just 15 minutes, market data might show that Facebook had lost anywhere from 10-20 percent of its value.

That, in turn, would encourage investors to start dumping the shares of other Internet stocks that are facing the same problems as Facebook, including big tech companies such as Google or Amazon. By then, it could turn into a full-fledged market rout, with investors selling off all tech shares even remotely pegged to the Internet market. That might even extend as far as mobile phone companies, which are now heavily invested in social media, digital advertising, and always-on Internet connections.

But the notion that somehow “Facebook is too big” might strike some as odd. Yes, the company has nearly 2 billion users worldwide. But haven’t other tech companies come and gone, with hardly anyone noticing? And what about all the social networking companies that existed in the pre-Facebook days, such as MySpace or Friendster? Hardly anyone can even remember the names of these companies or why they even existed in the first place.

But that might be understating the type of leverage that Facebook has in today’s digital world. Of the world’s 3.8 billion Internet world – 2.1 billion of them use Facebook. In many nations, Facebook is the Internet. People have invested so much time in building up their lives on Facebook (and Instagram) that it almost seems impossible to imagine an alternative option to this big tech company.

And, don’t forget, even the most skeptical critics of the big tech company Facebook admit that even a loss of 1 million outraged users is really just a drop in the bucket for Facebook. Even if the company loses 10% of its advertisers, some of whom are protesting Facebook’s privacy practices, where exactly are these advertisers going to go? It’s not like there are any other social networks or social media companies out there that are doing things differently from Facebook. Ok, you might not like Facebook’s privacy practices and approach to personal data, but do you really feel comfortable with Google’s?

So regulators are facing an uneasy choice here. They can fine Facebook and introduce strict new regulation. They might even raise the specter of an anti-monopoly breakup, as was attempted with Microsoft nearly 30 years ago. But those actions might have unintended consequences, and risk dramatic losses for the nation’s top tech companies.

Does #Facebook view itself as too big to fail and so has no real incentive to truly change its approach to #privacy?Click to Tweet

The problem is that a soft regulatory touch has apparently not worked with Facebook. The company had had seven years to figure things out, and has seemingly not made any major changes to its privacy practices. That might be evidence of moral hazard at work – the company knows that it’s too big to fail, so it has no real incentive to make anything than minor changes around the edges. For now, Wall Street investors appear to be applauding Facebook’s recent moves, with shares of the stock headed upward. If and when Wall Street loses its faith in Facebook, though, we might see another example of “Too Big To Fail” play out in front of our very eyes.