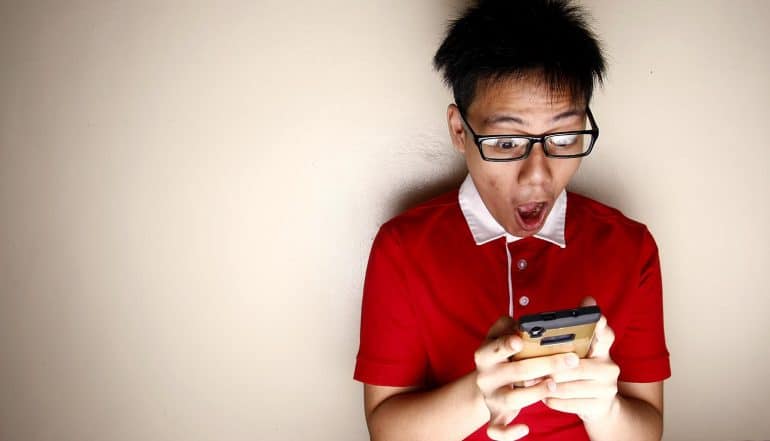 How many privacy policy and terms of use agreements have you just clicked ‘Accept’ without giving them a second thought? Just to illustrate the fact that almost no one ever reads these lengthy and tedious documents, US technology company Pitstop candidly promised a $1000 reward in their terms of use agreement, but it took months before someone actually noticed it and claimed their reward.

It’s quite understandable why people generally don’t bother reading through the privacy policy, terms of use and the like. According to a study conducted by a pair of Carnegie Mellon researchers back in 2012, the average consumer would need to spend 76 days (1824 hours) reading all of the policies they’ve agreed to. Consequently, you’ve probably sold your soul to a big business on more than one occasion.

#1. Giving away your personal photos

When it comes to sharing photos with friends, family and other parties, the Internet is the obvious place to turn. For many, image-sharing networks like Instagram and Flickr are the go-to options for sharing photo albums. However, with many such sites, signing the terms of use also gives them complete ownership of your photos, allowing them to do with them as they please.

Twitpic, Twitter’s photo-sharing service, generated a great deal of controversy back in 2011 when it updated its terms of service to claim ownership of any photos people shared on the social network. By accepting the privacy policy, people were agreeing to have their photos shared among Twitter’s affiliates for the purposes of advertising without you even getting paid for it.

#2. Giving away your location information

As far as marketing is concerned, a person’s location is one of the most important attributes to know, and many companies will stop at nothing to get hold of your location information. Oftentimes, they claim that these geo-tracking methods are used to provide things like more relevant search results but, in reality, they’re used for advertising. In the digital age, collecting troves of personal information from websites to mobile apps is the cornerstone of a data-driven business model. You clicking ‘Accept’ makes all these information collection lawful.

For example, when you agree to Apple iTunes laughably long 56-page privacy policy, you’re also giving them position to track everywhere you go using everything from the IP address you use to connect to the Internet to the GPS in your smartphone to the beacons installed in various high-street stores. To make matters worse, you’re also agreeing for this information to be shared with any of Apple’s affiliates.

#3. Giving up your right to legal protection

Most terms of use agreements these days include an arbitration clause, which is intended to offer another level of legal protection to the business while providing absolutely none to the end user. When agreeing to a policy that includes such a clause, you are giving up your right to holding a trial by jury in the event that you want to sue the company for whatever reason.

Given the prevailing compensation culture that we live in, it’s perhaps hardly surprising that many companies in the western world are taking extra measures to protect themselves from being sued. Arbitration agreements are now found in almost everything from mobile phone to employment contracts, and they are popular in both the US and the UK.

#4. Giving permission to be billed recurrently

Subscription-based payment models are nothing new, and there’s not necessarily anything wrong with them either. However, when a company sneakily tries to get your unwitting permission to charge your debit or credit card on a recurring basis, things get a lot shadier. In fact, some companies rely on the fact that people will simply forget to cancel their payments by deliberately making it ambiguous.

Free trial services are often guilty of deliberately trying to exploit legal loopholes to get their customers to unwittingly agreeing to recurring billing. Amazon is one of the most high-profile examples of recent times, when its advert for the Amazon Prime service was finally pulled in the UK for failing to adequately inform customers that their trials would automatically be followed by a £79-per-year subscription.

#5. Giving up control of your data

Contrary to what a lot of cloud-storage services might claim, your data is not necessarily safe in their hands. In fact, it’s often stated in the service agreement that your data may be lost or deleted at any time without any hope of receiving compensation. Google’s own terms of use, for example, claims that, if it decides to close down your account, you will lose access to any data associated with it, such as the content of your emails, calendar or address book.

Privacy policies often ask that you forgo control over your information to varying degrees, even extending to ownership altogether. For example, if you use the Home or Student editions of Microsoft Office 2010, you’re not allowed to use any documents you create in it for commercial purposes.

Most privacy policy and terms of use agreements require you to agree to some pretty dubious things and, worse still, companies can change the rules whenever they want without even notifying you. Often without knowing it, today’s consumers are giving up their personal lives for the purposes of advertising and also paying for things that they will never really own themselves.