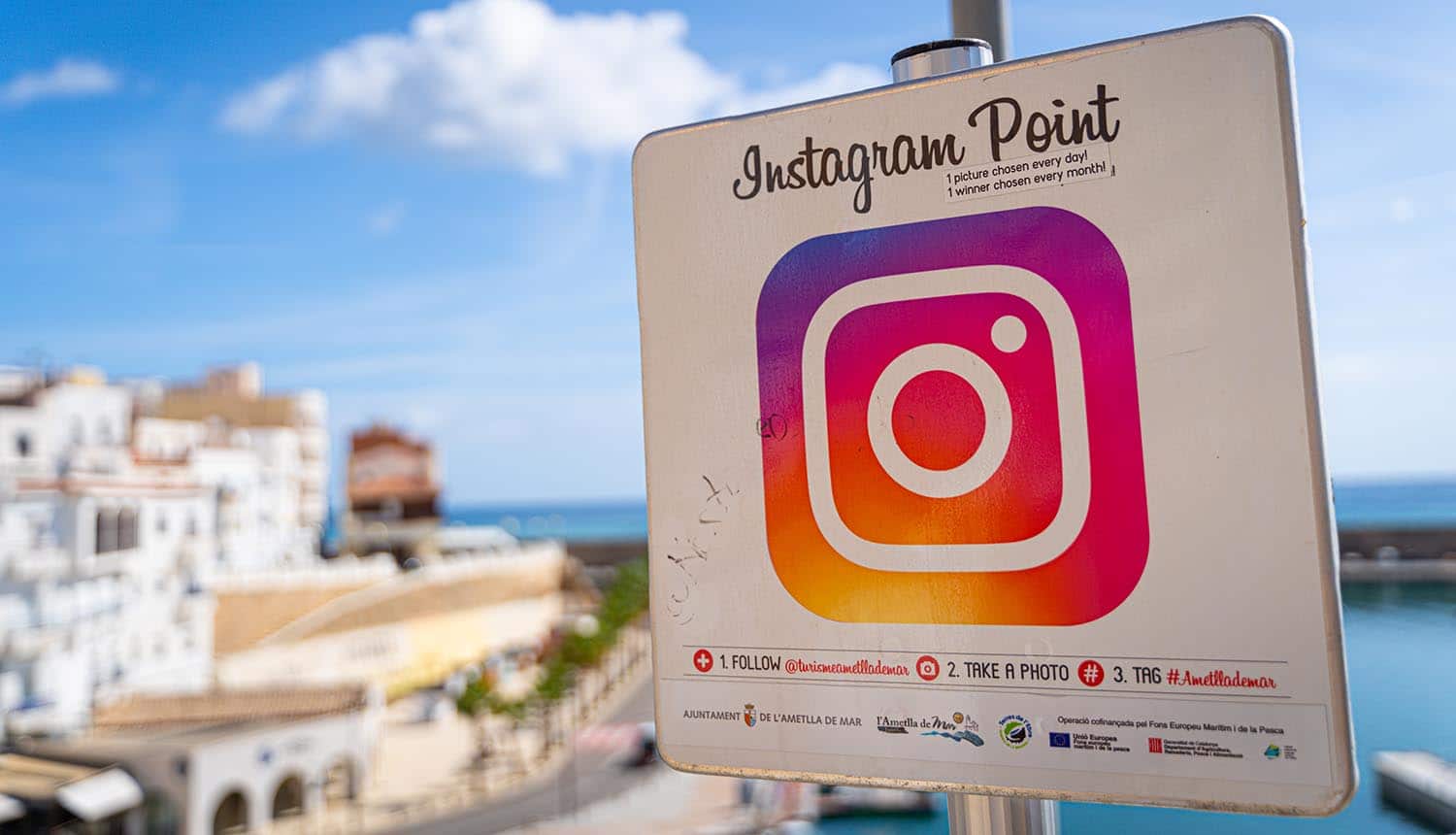 Signal Buys Instagram Ads To Highlight Facebook’s Invasive Data Collection, Claims To Be Banned for It Immediately … What Really Happened?

For a brief period in early May, Instagram users might have noticed a creepy ad with a blue background that rattled off some rather specific and personal information about them. The Instagram ads varied by user but revealed things such as their location, job title, marital status, interests and even search terms they may have used.

It turns out that this was an advertising campaign by rival messaging service Signal, and the company claims that Instagram quickly shut it down. Signal’s ads drew on the information collected by Facebook’s targeted advertising platform, a collection of demographic elements that are usually invisible to the user. The stated purpose of the campaign was to highlight exactly how much personal data Facebook (and its associated subsidiaries) are vacuuming up, making it more stark and visible to the end user that is usually unbothered by the process as it hums along invisibly in the background.

However, Facebook claims that Signal never attempted to run the Instagram ads in question and cooked up the whole scheme for publicity; at least one screenshot posted by Signal themselves as evidence indicates that they may be telling the truth. 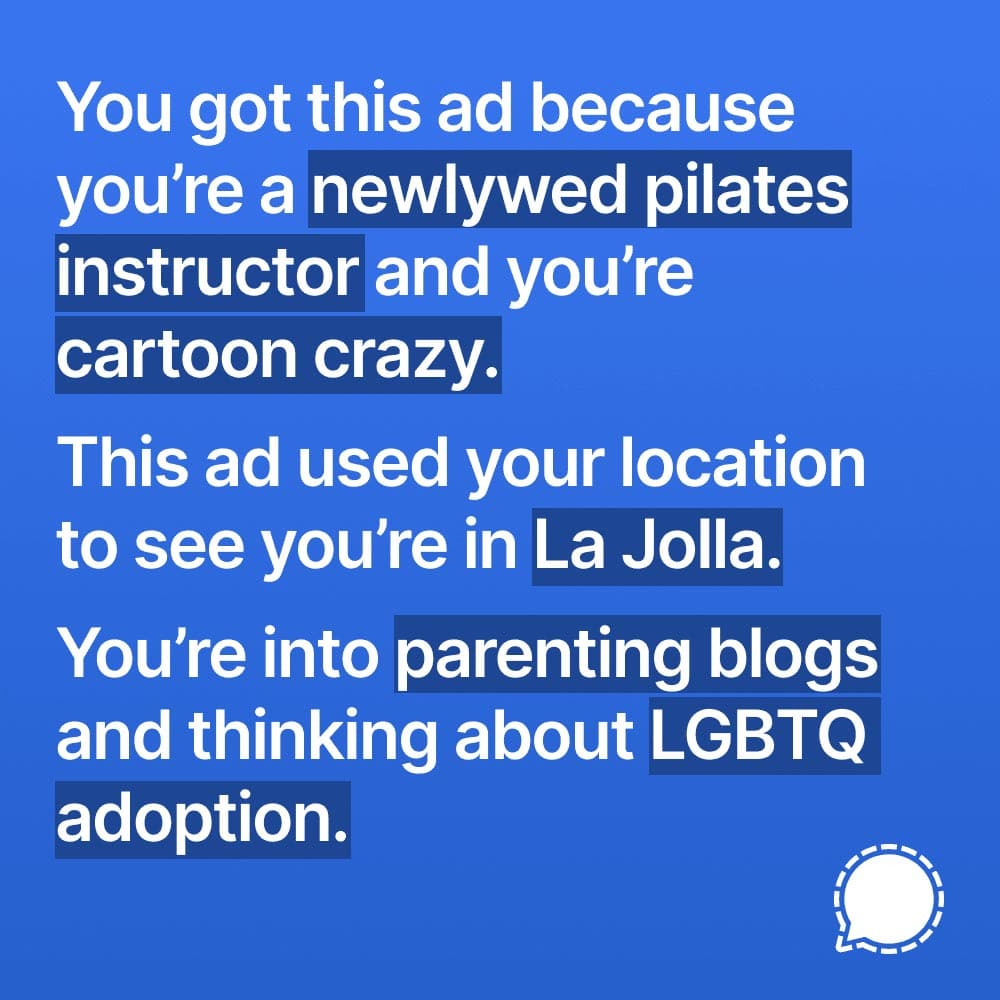 Instagram ads get intensely personal, but were they real?

Signal, the privacy-focused messaging app from members of the team that created WhatsApp, has seen explosive growth in recent months as Facebook has grappled with various legislative and public relations challenges. The short-lived Instagram ads campaign appears to have been a continuation of what has been working for them thus far. Signal posted some examples of the ads that it claims were generated, some of which get uncomfortably personal. One identifies a user’s city of residence, job title, sexuality and apparent searches for information on adoption. Another identifies a Moscow teacher as having an interest in drag shows.

Facebook’s targeted advertising apparatus collects this sort of information from logged-in users of its various apps, such as Instagram and WhatsApp. But it also captures similar information from millions of internet users that may not even have accounts with these services. If a website or app is part of Facebook’s ad network or makes use of its plugins, it may be capturing data about what a user interacts with that is shared across third-party sites.

Signal CEO Moxie Marlinspike confirmed that Instagram had disabled the ad account by posting a screenshot on Twitter and a blog post at the company website. Commenters critical of Instagram were quick to point out that Facebook’s various services can sometimes take days or even weeks to investigate reports of fraudulent ads, in some cases allowing them to remain active during the investigation. It was also left unclear as to exactly what rules Signal’s Instagram ads broke.

Facebook responded by telling ZDNet that Signal had never actually tried to run the Instagram ads in question, calling the incident a “stunt.” Facebook spokesperson Joe Osborne told ZDNet that the ads would have been rejected as they potentially would have displayed sensitive personal information, such as medical conditions and sexual orientation. The spokesperson also claimed that some of the screenshots of the ad campaign Signal posted were from early March, during a period in which the company’s ad account was suspended for several days due to an unrelated issue with payments. Signal maintains that it ran the Instagram ads and that the account was disabled because of them. The background of some of the Signal screenshots shows a “Signal ads about ads” campaign, but a field labeled “This Month: Mar 1 – Mar 4 2021” is also visible. Osborne added that any Signal ads that did not include sensitive categories personal information would have been allowed to run.

It remains unclear as to who is telling the truth about the Instagram ads here, with multiple media sources still awaiting follow-up from both of the companies as of this writing. It is plain that Facebook considers Signal a serious rival due to its recent growth, however, and the scope of data that its targeted advertising network collects has long been known.

Signal's ads drew on the information collected by Facebook's #targetedadvertising platform, a collection of demographic elements that are usually invisible to the user. #privacy #respectdataClick to Tweet

According to mobile industry sources, Signal was the fastest-growing mobile app for the first quarter of 2021. The growth was primarily driven by an update to the WhatsApp privacy policy in early January that indicated parent company Facebook would be receiving a greater amount of user data. The move sent millions of WhatsApp users to other messaging apps with better reputations for privacy and security, primarily Signal and Telegram. The mass migration was also helped along by several impromptu celebrity endorsements, most notably from Elon Musk and Edward Snowden. WhatsApp saw its new downloads drop by over 17% in the week following the privacy policy announcement. Signal is owned by Brian Acton, the entrepreneur who developed WhatsApp and sold it to Facebook in 2014.