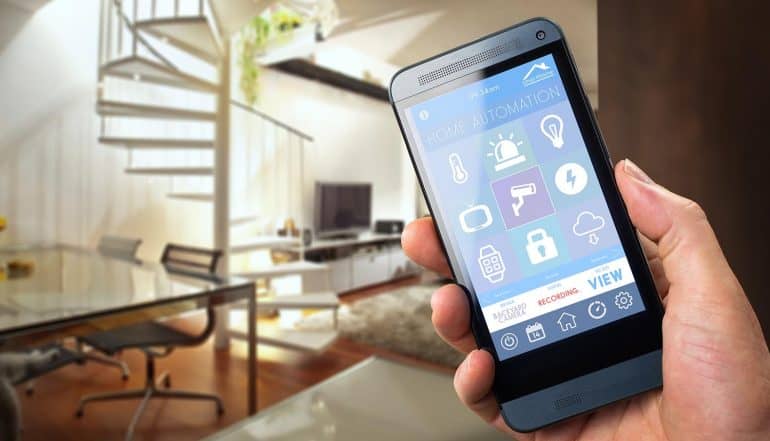 Smart Home Devices are Listening and Waiting to Invade Your Privacy

Ever get the feeling that your smart home devices are watching you? It’s not paranoia – it’s the truth. The 21st century is characterised by increasing levels of surveillance. This is the century that tracks and measures you in everything that you do. Your personal data is no longer yours. Companies hoard information and monetise your every move whilst you are online. Your buying habits are scrutinised and your movements are plotted. We know that this is a fact of life and we act accordingly.

However, we are also increasingly inviting the architects and tools of this data mining into our homes, in places and through smart home devices that we simply do not even think about when it comes to privacy.

When one reads about vampires one soon comes to the conclusion that there are few simple rules to avoid those two well-known neck puncture marks.

And the most important rule to remember is to never, ever invite a vampire into your home. Once invited in they have you at their mercy. And that is exactly what we are doing in the 21st century – inviting vampires in. This time they’re not after blood, but something arguably even more valuable – data.

Smart home devices are now ubiquitous. We speak to devices and they return information. Our children are now so relaxed about this functionality that it is simply a part of their lives. But interacting with Siri or saying ‘OK Google’ to smart home devices (or as they are now called – smart assistants) may not be as harmless as you think – at least not from a data privacy point of view.

We use these smart home devices almost without thinking. We happily install security cameras, thermostats, sensor-controlled lighting, and wifi to connect everything, all in the name of building a smart home. They allow us a freedom and power that stems from the simple availability of information and the ability of these devices to make our bricks and mortar life easier. Always on, always listening.

Take for instance the Amazon Echo and the on-board virtual assistant Alexa. Both Amazon and Google (as the default search engine installed on the smart home device) have stated that it will only activate once a key phrase is uttered – a key phase like ‘OK Google’. The launch of ‘Google Home’ is the company’s way of making Google a part of your life – even when you’re not in front of a keyboard. It’ll respond to personalised voice enquiries through any home listening device (like the aforementioned Amazon Echo) and supply information based on that request – in effect it’s a virtual assistant. Need to know the weather forecast or when your imported coffee beans have arrived at your local coffee joint? Google Home is there to help. Just ask. Speak to your device.

But there’s a price to pay for 21st century convenience – and that price may well be your privacy and peace of mind.

Are the pundits panicking for no reason? Here’s a topical issue – Burger King ‘accidentally’ targeted Google Home devices with its latest ad.

It was an ad person’s wet dream. A 15 second ad that activated smart home devices. A non-descript person standing behind the counter of an otherwise empty Burger King restaurant” talks to the camera. He explains that he doesn’t have the time to creatively explain an iconic hamburger to you. Time, it seems is money.

He shows how a smart home assistant, in this case Google Home can help. “OK Google,” he says, and asking “What is the Whopper burger?”, designed to trigger devices across the United States which then reads the first few lines of the Whopper’s Wikipedia entry. The thinking one would assume, is that the smart home devices would then enable an order to be made. The devices perked up their ears and went into action – just awaiting a confirmation from the users.

Google rapidly issued a patch to stop the smart home devices from being triggered by the Burger King ad.

Earlier in January, another ‘remote activation’ occurred. On the morning of January 5, California television channel CW-6 was reporting on a little girl’s purchases – and Alexa went on the rampage. During the on-air news segment, TV anchor Jim Patton said, “I love the little girl saying, ‘Alexa ordered me a dollhouse.’” Hearing that, Amazon Echoes in television viewers’ homes went into overdrive and many viewers complained that their digital personal assistants likewise tried to place orders for dollhouses. Alexa is always listening.

But how could this possibly happen some folk could will ask? It’s pretty simple. A ‘wake command’ (in the case of Alexa – it’s a simple ‘Alexa’ followed by the request) is enough to perk up the ears of the Amazon software. But you do have to confirm your purchase with a ‘yes’. So not everyone who had their speakers up that day would have taken delivery of a KidKraft Sparkle Mansion.

This still begs the question – are we too reliant, or possibly too comfortable with smart home devices? Soulless algorithms are listening to us all the time. They digest data and spit out probabilities. Then they listen some more and we are presented with a tailored marketing campaign aimed with laser like focus at us. As individuals.

In defence of Amazon, the company has provided the facility to install a mandatory four-digit code to confirm orders, or alternatively users can turn off the voice activated ordering feature using the Alexa app.

How long is it going to be before voice activated and response driven devices are simply part of our home life? Not very long at all given the decreasing costs of devices and the increasing functionality of online data retrieval and online ordering.

So, faster, better, cheaper – and in your face. But what is the real cost? It appears that our privacy is at stake. The harder these devices listen the harder it is to escape the ever present danger that we are no longer alone. We have virtual buddies – but those buddies are always listening, and they have no problem with gathering information. Information that will be used to push a simple message – consume.

Should we be comfortable with this? Have our smart home devices crossed the line? Is there no place that is private?

Ever get the feeling that your #smarthome devices are watching you? #Privacy at home is not what it used to be.Click to Tweet

It appears not. Our trans global love of technology and convenience may be the very thing that throws privacy under the bus.