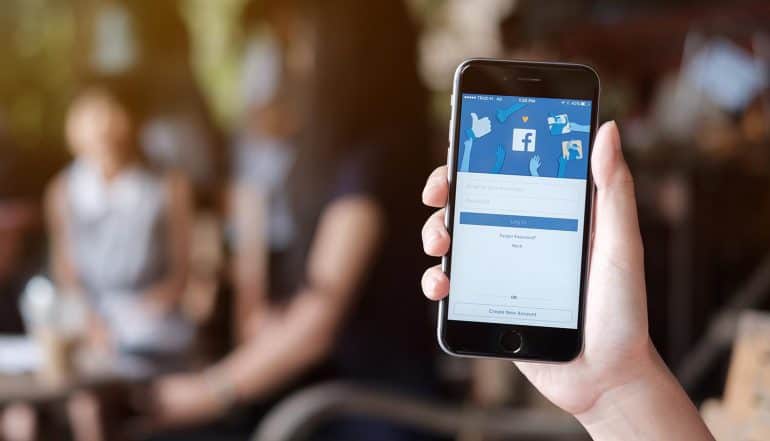 The definition of a social network is rather simple, a few sentences that do not do justice to the reach and power of social media sites. Put simply, social networks expand the individual’s reach and ability to interact with potential business or social contacts by making connections and interfacing with them via sites such as Facebook, LinkedIn, Twitter and Google+. However, this is only a definition and to large extent ignores just how central social networking is to the online lives of billions of individuals across the planet. Recent revelations have also highlighted our complicated relationship with Facebook.

For instance, Facebook, arguably the most powerful social networking site in existence has a staggering 2 billion users on the platform every month. However there is a trade-off. In exchange for ‘free’ use of the sites, users agree to have their use monitored and data gathered in order to be subjected to targeted advertising on the site.

In essence the deal is as follows. Users get to post pictures to friends and family, share news or other items of interest and connect with a variety of parties that share their interests. In exchange, Mr. Zuckerberg gets to collect information about the users’ interests so advertisers can send highly targeted ads onto the users Facebook page. You like fishing for bass – you can expect to see ads from fishing equipment companies. Add to this the fact that you may very well like groups or pages that share your interest in bass fishing and you can expect to see even more ads from those selling the latest baits and fishing equipment. Everything you do, either on Facebook directly or on sites that have a Facebook ‘Like’ button, reveals information about you and strengthens your relationship with Facebook.

The problem for the user is privacy. Many users are happy to surrender a little of their right to privacy in order to enjoy the services of social media sites such as Facebook. But at the same time many users are becoming increasingly uncomfortable as more information comes to light on just how much information Facebook and similar social media sites are gathering – and the methods that are being used to gather it. The latest events surrounding Facebook’s use of data is symptomatic of how our relationship with Facebook can be abused. Facebook is being used as an example as it is without doubt the ‘Gorilla in the Sandpit’ when it comes to social media networks.

The CEO of Facebook, Mark Zuckerberg was questioned by the members of the House Energy and Commerce Committee during the week of April 9 about the social networking sites repeated data privacy problems. The grilling followed revelations that political consulting firm Cambridge Analytica may have gained access to the personal data of up to 87 million Facebook users. And through the use of that data may have influenced the political process during the last U.S. elections. The questioning and Mark Zuckerberg’s answers seems to have opened up a can of worms as to the practices of the world’s largest social network.

“Even if people are aware of what data they’re telling Facebook about themselves, they’re unaware about the types of correlations that Facebook can make based on that data,” said Bruce Schneier, a security expert and fellow at Harvard’s Berkman Center, “This is normal—we tend to focus on the data collection because that’s easier to see. I think the real problem are the correlations, which are much harder to see.”

It doesn’t matter how careful users are about what information they reveal on Facebook. The company’s advanced range of technologies mean that it is very hard, if not impossible to stay completely untracked as you visit various sites on the web. Facebook knows when you share information with a business, sign up for a frequent buyer program, or even add items to a shopping cart – even if you never make a purchase.

The users are the product

It’s not just your surfing habits that provide Facebook with the data that it finds so valuable. The algorithms used by the company are ever evolving. Facial recognition is by some accounts now being used by the social media giant. Search for pictures where you’re tagged with your best friend and Facebook now has a good idea of what you look like, even when you don’t tag yourself in the future.

Install the Facebook mobile app on your smartphone and Facebook now knows where you are and has a great idea of things you like, where you like to be and the events that you attend – all of which are correlated to give the social media company a better and more granular data set that they can onsell.

Michael Bazzell who collects publicly available online data for his job as a security expert (he’s served as a technical advisor on the hit TV show Mr. Robot) had this to say, “My view is that anything posted to a social network is public data, regardless of the privacy settings. I don’t blame Facebook, I blame all of us for not investigating the companies that want our data. Facebook does not charge its users for access yet makes billions of dollars. The users are the product.”

Not a user? You still have a relationship with Facebook

Internet users who are not members of the Facebook family seem to be under the impression that they will be safe from the tentacles that Facebook sends out to harvest data from across the Internet. Whether they have deleted their accounts or simply do not use the social media, they seem to have breathed a collective sigh of relief. That relief may soon turn to horror if further hearings on Facebook’s data gathering habits is revealed in greater detail.

You have a relationship with Facebook, whether you know it or not. “Everything people do, either on Facebook directly or on sites that have a Facebook ‘Like’ button, reveals information about them to Facebook,” adds Harvard’s Schneier. “That’s an important point: Facebook tracks you even when you’re not on Facebook, because of their extensive surveillance network on sites that link to them.”

One of the things Zuckerberg failed to address adequately during questioning concerns the way Facebook tracks internet users, even if they do not have a Facebook account. Zuckerberg acknowledged that Facebook tracks all your activity online, saying it does it for ‘security reasons.’ He failed to elaborate on that point.

During questioning it became obvious that Facebook isn’t particularly interested in building tools that would allow non-Facebook users to keep track of the kind of data Facebook collects, or indeed to opt out of the process. It seems that you can’t prevent Facebook, from tracking your activities. Facebook IS taking data without permission – and without a user agreement in place.

Facebook Product Management Director David Baser, in response to the questioning of his CEO was quick to blog “When you visit a site or app that uses our services, we receive information even if you’re logged out or don’t have a Facebook account, [but] we don’t sell people’s data. Period.” This is semantics. Facebook uses the data – even from non-users of its platform – in order to refine its offerings to advertisers. They may not sell, but they do profit.

Baser only offers controls to Facebook users, which will allow them to customize their News Feed and Ads experiences, and even disregard data Facebook collects about them. Non-users, meanwhile, have no control over what Facebook knows about them, or what happens with that data.

More is required from Facebook on this issue. The answers supplied in Facebook blog posts sound suspiciously like doublespeak – they may not overtly sell data gleaned from non-users – but they are certainly profiting from the use of that data to sell better and more targeted ads, or to try to convert more internet users to Facebook.

Facebook see everything you do on their platforms. The company claims that it does offer users an acceptable amount of control over who else can see your posts and who can’t. Sometimes, however, these lines aren’t as clearly marked as users might think. With a little bit of expertise, people can dig deeper into profiles than users might think.

The backlash against Facebook due to the revelations surrounding Cambridge Analytica has been fierce. Movements (ironically powered to a large extent by posts on Facebook itself and on Twitter) have called for people to delete their Facebook accounts completely – and these movements are gaining traction. The questions that need to be answered are; is it worth the privacy trade-off for consumers to enjoy these social networks – and should more be done to police them?

Facebook may not have strictly speaking overstepped the lines in terms of the user agreements that it has set in place – but those lines are becoming increasingly blurred.  And just to be clear – what has been reported on the Facebook debacle may just be the tip of the iceberg. Other social media sites may soon be dragged into the fray – and legislators cannot but be extremely interested in search engines like Google who also gather huge amounts of data in order to entice advertisers.

So, the question remains. Who is responsible for data – the user or those companies who are seemingly unwilling to draw the line when it comes to issues of privacy? It is becoming more and more obvious that it cannot be the users. Often the choice is taken out of their hands. Whether or not they like it, their relationship with Facebook means that their data will be harvested – and “sold” to the highest bidder.

What’s absolutely certain is that we have entered a new age of tracking, one that exceeds our understanding of the information we’re sharing.