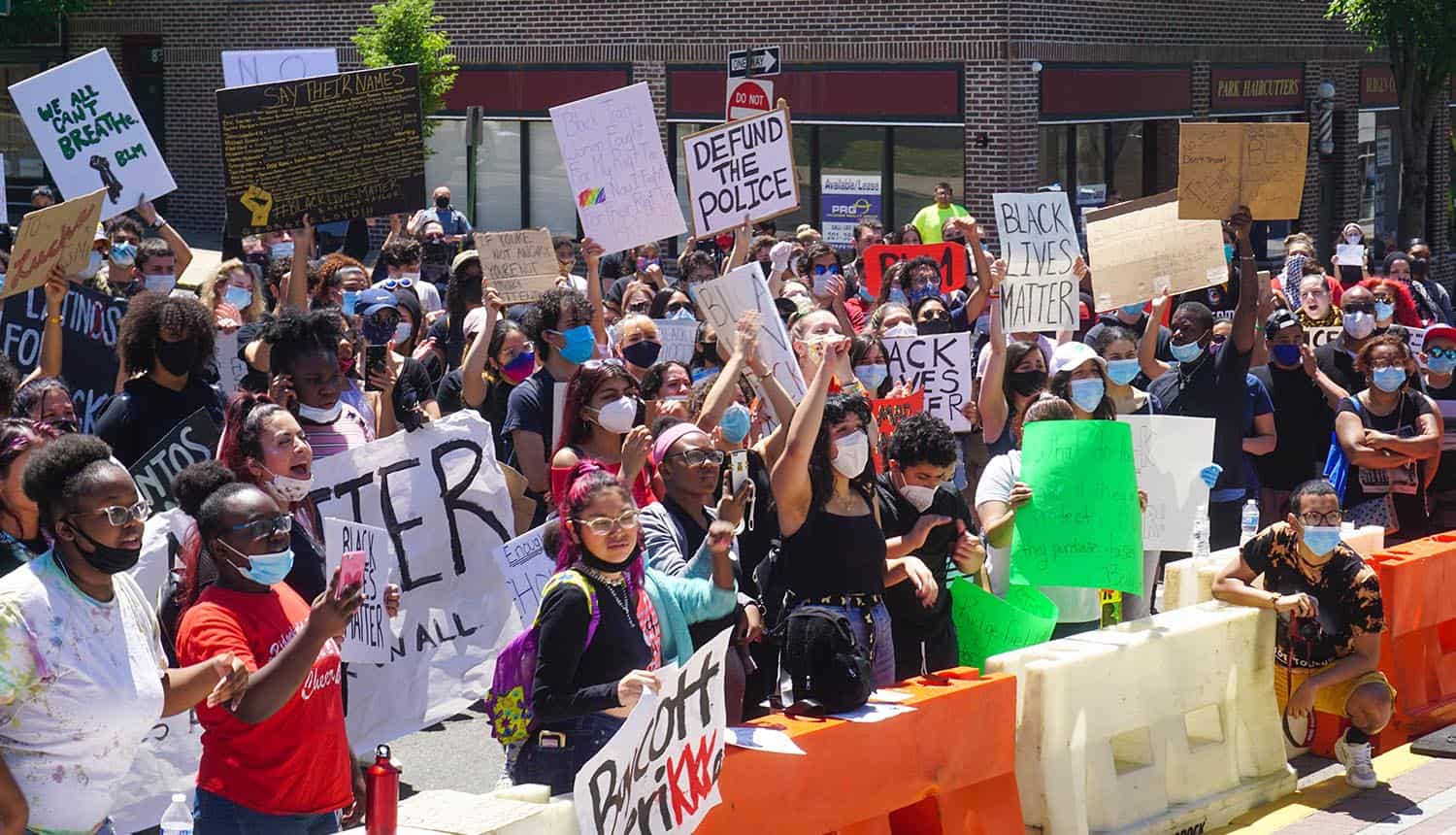 The U.S. protests of police brutality that have erupted since the death of George Floyd appeared to have pressured some of tech’s biggest names to rethink their stance on facial recognition technology. Amazon, Microsoft and IBM have all at least temporarily ceased to provide tech and services to law enforcement agencies, and activists are pushing to make this a permanent change.

How the U.S. protests are reshaping things

The changes come in a social climate in which there is widespread support for major reform of how policing is done in the country. Facial recognition technology was already a highly contentious issue before the U.S. protests began, with several cities preemptively banning the use of it by their law enforcement agencies. It is a safe bet that it will face even greater opposition in a climate in which many localities are looking for ways to safely limit police powers, and big tech companies appear to be increasingly uncomfortable with having their brand associated with it.

Amazon has opted to stop selling its controversial Rekognition software to law enforcement agencies for one year, and Microsoft is indefinitely out of the facial recognition business until a clear national law that is “grounded in human rights” has been put into place. Some of the pressure at Amazon is internal; a coalition of employees addressed a letter to Jeff Bezos calling for both no further sales of Rekognition to law enforcement and no further sales of the cloud-based analytics tool Palantir to Immigration and Customs Enforcement (ICE). This internal effort actually predates the U.S. protests, dating back to the questionable treatment of children detained at the international border with Mexico.

These moves during the U.S. protests are more symbolic than a significant business sacrifice for the companies, however. Amazon currently has only one law enforcement customer for its Rekognition — the service is mostly used by media and retail companies for internal sorting of images. Microsoft’s Azure facial recognition technology does not currently have any law enforcement customers. IBM had a short test run of its i2 Facial Recognition Software with the New York City Police Department, but the technology was still in development and not yet available to customers.

Nevertheless, activist coalitions have noted these concessions and are making a push to keep facial recognition technology out of law enforcement hands permanently. The effort has centered around Fight for the Future’s “Ban Facial Recognition” initiative, which has enlisted 40 activist organizations including the American Civil Liberties Union of New York, Moveon.org and Greenpeace. The initiative characterizes law enforcement use of facial recognition technology by law enforcement as dangerous and oppressive and calls for federal and local laws to permanently ban it.

The push for an outright ban is an attempt to circumvent the ability of big tech’s lobbying arms to shape any future facial recognition technology legislation to their favor. It would also address the smaller and more focused players who tend to be the leading providers of such tools to law enforcement. Clearview AI, which has been in the news for numerous issues as of late, is currently the category leader and has no plans to pare back its services in the wake of the U.S. protests. Similar groups such as DataWorks, NEC, Vigilant and Idemia are also much more prolific in providing these services than the tech giants are.

The potential impact of U.S. protests on legislation

The U.S. protests may help to accelerate efforts to prohibit facial recognition technology, something that has already been done in several major cities and has been under discussion at the federal level.

The issue has at least some level of bipartisan support for federal laws. Hearings held by the House Committee on Oversight and Reform earlier in 2020 saw both Committee Chairwoman Carolyn Maloney (D, NY) and ranking member Jim Jordan (R, OH) express a desire for regulation of facial recognition technology. However, legislation addressing mass surveillance has yet to emerge.

#Amazon and #Microsoft are deferring the sale of #facialrecognition technology to #lawenforcement until a law is in place to govern its use. #respectdataClick to Tweet

There is at least some evidence that facial recognition technology systems have racial profiling issues, which stems from the face sets used to train them to a great degree. A study out of MIT in early 2019 indicated that Amazon’s Rekognition software performed substantially worse in certain demographic categories, having the greatest degree of difficulty in matching women with dark skin. Another study by NIST in late 2019 found that even the world’s most advanced facial recognition technology systems were having similar problems, struggling with identification of African-American women as well as children and the elderly of all ethnicities.