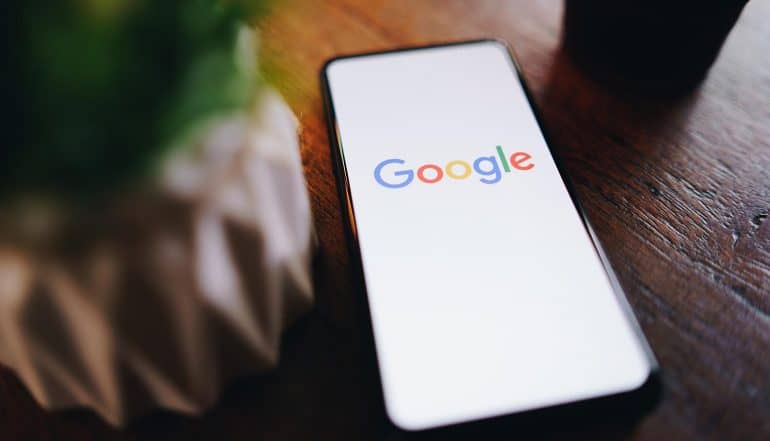 At its recent I/O Developer conference, Google hinted at forthcoming changes to its popular Chrome browser that will give users much greater control over the online tracking ability of third-party advertisers. The current plan for Chrome, as first reported in the Wall Street Journal, calls for the creation of a new user dashboard within the browser where users can see at a glance not only which cookies are tracking them, but also the factors that are used by advertisers to show them specific targeted ads. As might be expected, these new privacy tools are already raising all sorts or concerns with ad platforms, which still depend on multi-site cookies to follow users around on the Internet and collect their personal information.

Google, of course, is positioning the creation of these new privacy tools as a sign of its renewed commitment to user privacy. Just like Apple, Google would like to be viewed as a champion for the protection of user data, and the end of 24/7 online tracking. The Mountain View, California company may finally be waking up to the realization that consumers want a certain amount of control and transparency over how they are being tracked online.

But is this reform of online tracking a case of too little, too late? After all, Apple already stopped the majority of default cookie tracking in its Safari browser back in 2017. And the Mozilla Foundation’s Firefox browser has gone “full nuclear” and removed as much of the cookies tracking that it could, so as to make online tracking much harder. So it’s not exactly like Google CEO Sundar Pichai is dragging the ad tech industry forward with a groundbreaking new announcement. In fact, the whole “get rid of cookies” strategy has been percolating for nearly six years inside Google headquarters. But it is only now that ad settings are getting a big strategic push.

Thus, some industry analysts say the new privacy tools inside Chrome are really just a way for Google to win more users for its Chrome browser and attract more ad tech dollars. From this perspective, the hope inside Google HQ is that the new privacy tools will actually become an incentive for more people to use the Chrome browser. That’s because Google is currently the largest seller of Internet ads in the world, accounting for nearly one-third of all digital advertising revenues on ad platforms. Facebook, in comparison, accounts for nearly 20 percent of all digital ad revenues on ad platforms. Now that Facebook is laboring under the burden of the Cambridge Analytica scandal, Google is finding that now is the perfect time to play up the privacy tools embedded in the Chrome browser.

The idea, in short, is for Google to give just enough privacy tools to be able to say that they are against cookies on ad platforms, but not so many privacy tools that Google destroys the ad tech ecosystem. As one industry skeptic noted, Google could have simply turned off all cookies by default, forcing users to “opt in” in order to see digital ads. But it looks like cookies will be “opt out,” requiring users to visit the dashboard in order to turn off cookies. The one strategy that Google is looking to get rid of entirely, though, is “fingerprinting.” This is an opaque way of tracking online activity in the Chrome browser that subverts the cookie system, and is typically used by third parties that are not directly advertising to Google users.

The end of online tracking?

Not surprisingly, any move that Google makes with its Chrome browser is going to raise a lot of questions about the future of online tracking and the viability of giving users more control on ad platforms. Ad tech analysts say that, even though cookies are not going away entirely, the “writing is on the wall” for online tracking. The traditional cookie system, in which a small text file is used by advertisers to help target specific ads to specific Internet users, appears to be coming to an end.

So what’s next for online tracking and online advertising? One option, now being debated, is much more of a contextual form of online tracking. In other words, instead of using factors like personal browsing history, location history and personal data about user searches to track users, the focus would be on the type of content a user is currently consuming. An Internet user currently reading about the latest new cars, for example, might be shown ads for new cars.

And just because Google is going to be clamping down on the use of cookies doesn’t mean that it is not collecting data on users. That has been the case with previous Google privacy tools, such as Incognito mode. For example, when you go into Incognito mode, Google is still able to collect some data on you. And if you use ad blocking tools, there are still data points that Google can collect. With evolving user expectations, Google has continually had to fine-tune its Google ad strategy.

Brave and the emergence of new ad platforms

One exciting new development in the world of online advertising has been the emergence of privacy-focused browsers. One of these is the open source Brave browser, which is now introducing “Brave ads” that pay users to view them. Users have to opt in, and in exchange, they receive a 70 percent cut of the revenue. The amount is not paid in cash, but rather, in the form of a cryptocurrency known as the Basic Attention Token (BAT). Brave users can exchange these BATs for real-world rewards from certain brands in the TAP Network, or use them to reward premium content creators.

The basic idea of the Brave browser is to reward users for their attention. The growing digital ad platform for Brave now includes a few big names, such as Vice Media. (Brave skews young, male and techie, which is a big plus for Vice) And, instead of using cookies, ad platforms such as Brave are experimenting with machine learning to protect users’ data. Brave ads also aim to remove the need to collect certain types of data, such as the location data of Brave users.

Going forward, one big focus of the ad tech industry is how to improve the economics of the industry in order to reward both advertisers and users. Advertisers care about the underlying economics and conversion rates of digital advertising, while Internet users care about ad blocking, private ads, the type of data collected, privacy tools and new-look ad platforms that reward them for their attention.

Users of Brave browser can view ads and receive 70% of ad revenue while preserving their online #privacy.Click to Tweet

There are many different bells and whistles possible here – such as the payment in the form of cryptocurrencies – but the overarching idea is that privacy and protection of personal data is something that all ad platforms now need to take seriously. Safari and Firefox led the way, and now Google and upstarts like Brave are taking the next step to protect users’ data from unscrupulous players in the ad tech ecosystem.