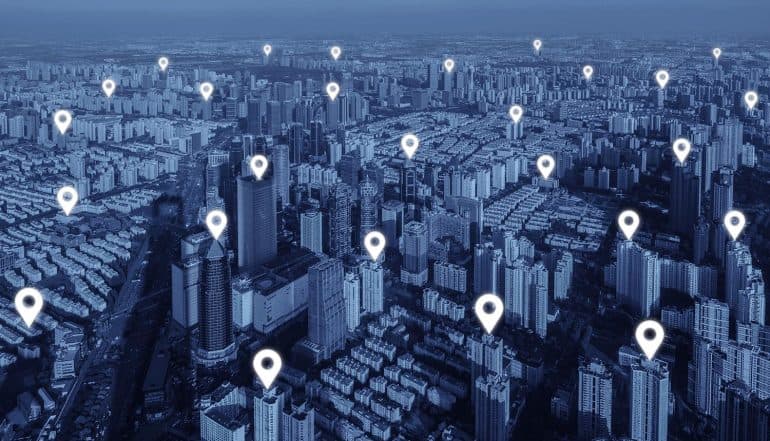 In the 21st century consumers are faced with the fact that they carry with them a beacon that is continuously transmitting details of their location. However, it is not only the smartphones that we carry that transmit extremely exact details of where we are located. Modern motor vehicles are now increasingly equipped with advanced GPS systems, as are laptops using software such as the Google search engine and its associated applications like Google maps. Social networks also use location tracking as part of their service (think ‘friend finder’) or as part of their efforts to provide contextual advertising to users.

The fact of the matter is that almost every user of a mobile device has become used to the functionality that relies on GPS and location mapping. For users of taxi services (such as Uber and Lyft) the convenience of the driver knowing where the customer is situated and the knowledge of when they will arrive to provide a service has now been so deeply ingrained in the way that they interact with the service that it has become second nature. The same could be said of those who want to locate dining or food delivery options. Retail giants such as Amazon use location services to, in their words: “provide and improve our services, such as voice services, the Maps app, and Find Your Device, and to monitor the performance and accuracy of our location services.” This includes locations of Amazon Echo devices. Google also uses location services with its Alexa device.

In fact, the consumer would be hard pressed to find a single ‘smart’ device that does not use location services of one type or another.

Location data – How is it collected?

Your smartphone records every location you visit if the phone’s location services are turned on. Called cell-site location information (using cell towers to triangulate just where the user is located), this data is tracked on phones using both Android and iOS operating systems. The information can be quite telling; it might show the location of your home, your office, and other places you visit often.

However, location data relies on much more than just GPS services that provide data while the location services are active. Even if you turn off your locations services on your mobile devices you are not free from the long arm of those organizations who want to gather your data.

Google tracks Android phones that will track your location even if you disable location services and even if you aren’t logged into the phone. The question is how? The answer is simple – the operating system automatically tracks the location of the cell towers it is connecting to and supplies that information to Google automatically.

And there is no opt out. Even devices which have been reset to factory default, with location services disabled can (and do) send nearby cell-tower addresses to Google. Devices with a cellular data or WiFi connection automatically send the data to Google each time they come within range of a new cell tower. Frighteningly when Android devices are connected to a WiFi network, they will send the tower addresses to Google even if SIM cards are not present.

As your Android phone is on, your location data is being to Google. In late 2017 the company revealed that this practice has existed for 11 months, but that the information was never stored or used and furthermore that it will cease the practice. It has not provided confirmation that it has ceased the activity in all countries where it operates – essentially the entire world..

Location services in and of themselves are no problem. It is the information that is gathered and the organizations that gather and store the data that may be a cause for concern. It is this concern over privacy and the misuse of data that has some people worried. Contextual advertising has already come under the spotlight with users of social media beginning to rebel against the sheer volume of advertising they receive.

However, this may be the tip of the iceberg. There are also legal issues related to location services (and the right to privacy) – especially the right of law enforcement to gather information on location without the express permission of the consumer. For instance, in the United States it is possible for law enforcement agencies in some jurisdictions to obtain location data without a warrant.  The problem is that this information can then allow law enforcement to build a profile of a user’s behavior, which can then be used against him. In some states, that data can even be used without issuing a warrant.

A recent study by Deloitte found that American millennials check their phones around ‘82 times per day’. Our symbiotic relationship with our devices has led to us becoming deeply dependent on their functionality and the ease with which we can access information. But as with all aspects of technology this reliance is a double-edged sword. Privacy regulations have simply been able to keep up with the potential for abuse – and location privacy remains a problematic issue.

Take for instance the ongoing battle between two groups of intellectuals around the use of GPS – which was first raised in the 1980’s. Battle lines were drawn. On one side of the debate were quantitative geographers excited about the rise of Geographic Information Systems (GIS – think Google Maps). On the other side were theoretical geographers deeply concerned about such systems and the potential use of those primitive systems to assist in the waging of war.

Their concerns were proved right when thousands of Iraqis lost their lives – (many of them noncombatant) in the 1991 Iraq war due to targeting systems relying on GIS. One might argue in times of war such information is critical to battlefield success. But what about times of peace – and the effect on ordinary citizens who have not donned a military uniform?

The way that location data can be used by governments and law enforcement is much subtler than what many users of smart devices may imagine.

Take for example civil unrest. A protest against government policies or social issues may be seen by many as a democratic right. But in countries where democracy is a concept that is paid only lip service, the effects of the location technology can be devastating. For some governments analyzing the data provided services can give a good indication (when combined with video footage) of just where people were when protests happened. The ability for governments to father information about location can be just as harmful as any other trespassing on the rights of the consumer to privacy as far their data is concerned.

In the United States, much has been made of law enforcement agencies’ use of ‘Stingray’ devices (which are in essence cell phone trackers). During the ‘Black Lives Matter’ protests, these devices were used to monitor who was there and on what side of the line they stood. This data led to conclusions regarding political opinion – and disagreement with official state opinions. This is an instance demonstrating how location data can reveal things about us in far less direct ways than we might imagine.

For users of services such as WhatsApp where end-to-end encryption provides a sense of security as far as data is concerned, the question is seemingly moot. Location services are merely a blip on the radar of users who may have built up a false sense of security when it comes to the content of their messaging. However, those services still rely on location services for much of their usefulness to the consumer.

We make use of location services in almost every aspect of our lives. The issue for the consumer is that there are so many devices that use this sort of data that it becomes an active effort to compartmentalize our daily activity – and leaving even a single device active with this sort of access can have a severe knock-on effect. If one was to think about the various touch points – credit card swipes, mobile phone location, mobile payment services, motor vehicle GPS services, WiFi logons and the soon to become ubiquitous facial recognition software, it is readily apparent that privacy is soon going to become the hot button issue that will dominate our lives as we approach the third decade of the 21st century.

Surprisingly it is not the fact that men in black suits or more alarmingly men in camo uniforms will be knocking on the door that has privacy professionals concerned. It is the fact that location data is inherently sensitive. It is not about the individual alone – it is about a web of relationships. It does not only touch on a single individual – it touches on everyone they have a relationship with – friends and family.

Location data is at the very foundation of our modern lives and consumers are simply not paying enough attention to the #privacy implications.Click to Tweet

You need not have taken part in a protest action or a march, or you may have simply revealed that you had visited a particular restaurant – and accepted this seemingly innocent act as merely a part of everyday life in the 21st century. The fact of the matter is that location data is at the very foundation of our modern lives.  And consumers are simply not paying enough attention. We guard what we say and to whom we speak and we have grown to accept that we live in a surveillance culture – but we are simply not thinking clearly about how we are being watched. It may be time to turn off the location service of your mobile device. Start using a VPN – and above all start thinking about how that location data is being used when you leave your home. This is a case where experts have a single piece of advice – turn it off (and even that may not be sufficient to stop companies tracking location). Because when individual consumers start to think about how they are being tracked, the implications can be extremely unsettling.