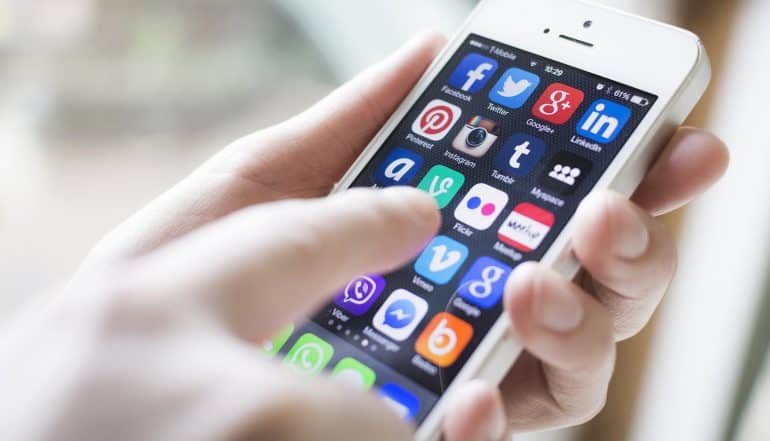 If a privacy related issue could be the payoff line on a B Grade mafia movie poster (‘once you’re in, you cannot get out’) it seems that deleting a mobile app doesn’t mean that the company supplying the software is satisfied that their relationship with users is over. Using uninstall tracking based on push notifications well-known companies that provide mobile apps are still able to reach out to consumers in efforts to lure them back – and potentially aim targeted advertising efforts at them – even though they have deleted the application.

Specialized software suppliers have learned to exploit operating systems on mobile devices including both Android and iOS. By using this software, mobile app makers can now inundate users with advertising that is designed to win them back – and potentially target the ex-user with other advertising messaging.

There are a number of these companies offering services to some of the biggest mobile app suppliers. Some of the biggest names in the supply of uninstall tracking include Adjust, AppsFlyer, MoEngage, Localytics, and CleverTap. The uninstall tracking functionality is usually part of a variety of developer tools that they supply to companies like T-Mobile US, Spotify Technology, and Yelp.

Uninstall tracking has many privacy advocates concerned about just how companies are treating the data that they gather from app users. It seems to make sense that if a consumer deletes an app they no longer want to enjoy its functionality – but user uninstalls are in essence being ignored by companies in search of superior retention rates. By using uninstall trackers and aggressively courting users through targeted advertising a red line may be crossed between what is acceptable as far as privacy is concerned and what is not. Users do not opt into this sort of aggressive marketing – they have very little option (or rather no option at all) when it comes to messaging that they receive from many mobile app providers.

According to Jeremy Gillula, Tech Policy Director at privacy advocate firm, Electronic Frontier Foundation “Most tech companies are not giving people nuanced privacy choices, if they give them choices at all.”

The providers of uninstall tracking software were quick to deny that the primary purpose of the functionality was to target advertising at uninstalled users. Providers stated that the tracking tools (using push notifications) are primarily used by mobile app providers as the foundation of a feedback service to users about app updates and additional functionality.

Judge McColgan, the CEO of Boston based Localytics is on record as saying that he was not aware of clients using the tracking technology or push notifications to target app users with advertising aimed at luring them back to apps.

However, Ehren Maedge, VP for marketing and sales at MoEngage Inc. in San Francisco distanced the company as far as the use of uninstall tracking is concerned. He stated “The dialogue is between our customers and their end users,” he says. “If they violate users’ trust, it’s not going to go well for them.”

In other words – the providers of the software should not be held responsible for how companies use that software. Given that the functionality of uninstall tracking is provided as part of a suite of development tools there may be an element of truth to this statement. However – it is transparently obvious that the functionality does exist – and it is being used for of both gathering data as well as sending messages and ad content to those who may have little to no interest in receiving further information from the mobile app developers.  Testing the legal obligations of the providers has yet to occur, but it may be only a matter of time.

Uninstall tracking uses so called ‘silent push’ notifications.  Developers have traditionally used these push notifications to ‘ping’ apps. Reasons vary from refreshing inboxes or social media feeds while the app is running in the background. If the mobile app company does not receive a pingback then the app is recorded as being uninstalled. The uninstall tracking then logs this fact in the file associated with that mobile devices unique advertising ID. The usefulness of this information cannot be overstated – it allows developers to identify the user of the device and then advertise the app – even once it has been uninstalled.

Both Google and Apple have policies in place that are designed to stop the use of push notifications as a strategy to build audiences. However, neither company has taken any action against mobile app developers who are gaming their operating systems through uninstall tracking functionality.

Branch Metrics CEO Alex Austin, which provides software for developers stated that his company had chosen not to develop an uninstall tracker. “It’s just generally sketchy to track people around the internet after they’ve opted out of using your product.”

Used as ordinally designed such tools allow developers to make changes to an app without interrupting the user experience. However, an unintended consequence (at least for app developers) has been the potential for mobile application companies to abuse a system by leveraging push notifications. Even with the increased focus on privacy and data use the majority of users are still in the dark about how their data is leveraged – and this situation may suit some organizations involved in providing mobile applications.

Deleting a #mobileapp no longer means that your relationship with the app developer is over. Your #privacy will soon be invaded by advertising.Click to Tweet

To use an app, consumers are forced to agree to share data. However – does this imply that the user agrees that app developers can continue to use the data for any purpose which fits their business model – even after users have deleted an app? Logic would dictate that this certainly should not be the case, especially when it comes to targeted advertising. However, until companies like Google and Apple take a more proactive stance against this practice companies will continue to abuse the functionality of silent push notifications.